US Special Rep to Ukrainian negotiations Kurt Volker: ′The status quo is not good for anybody′ | Europe | News and current affairs from around the continent | DW | 29.08.2017

In a DW interview, Kurt Volker pledges that Washington will not strike a separate deal with Moscow over the heads of Europeans and Ukrainians - but says it is good that all agree the current situation must improve. 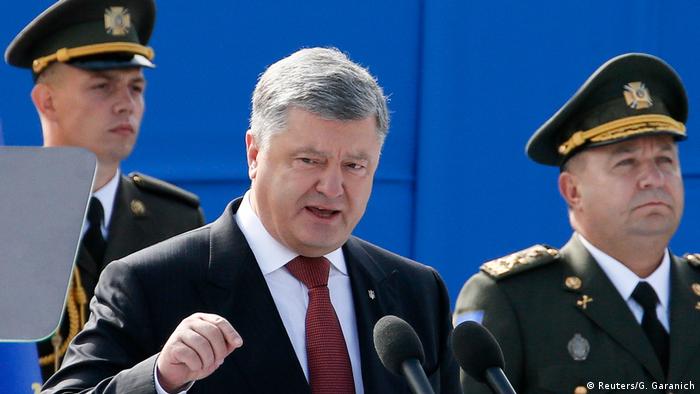 DW:Ambassador Volker, your recent appointment was seen by many as a sign of the U.S. administration's desire to facilitate its role and involvement in finding a political accommodation in the Ukrainian crisis. Do you believe that the European initiative, the Minsk accords, so far did not deliver?

What I would say is that the Minsk agreement is not working today in the sense that it hasn't produced the peace and the restoration of Ukraine's territory, which is the goal. At the same time it plays a very important role in that it is a vehicle by which Russia, as recently as just a few weeks ago, reaffirmed its support for Ukraine's territorial integrity and it is also the basis on which sanctions are kept in place. So until Russia implements the Minsk agreements forward - sanctions remain. So it serves a purpose there. Ultimately, part of the reason that I've been asked to get involved with this issue by Secretary [of State Rex] Tillerson is to see if we can increase the political will to actually execute. Right now, we are just going in circles.

US promises support to Ukraine

You have just returned from your trip to Minsk and Kyiv where you met with Russian and Ukrainian officials. There were some statements coming from the Russian side talking about "fresh ideas and approaches." Could you elaborate on that?

Yes, I saw those comments. "Interfax" [ed.: a major Russian news agency] and I would agree that we had a very constructive meeting. I think that was very frank and direct - obviously there were things we are going to disagree on. So first off we were able to agree that the status quo is not good for anybody. It's not good for Russia, not good for Ukraine, it's not good for the people of the Donbass. And in fact it is likely to get worse. So it is urgent that we try to really move this issue.

The second thing is that we do need a fresh approach of first thinking about security. Russia has expressed concern about the security of Russian-speaking people in eastern Ukraine. And quite frankly the only area where Russian-speaking people are suffering is in the area controlled by Russian forces. So if there is a different way to provide security for people without the presence of the Russian forces there that would probably be better for everybody as well. So we agreed to think about security scenarios and we also talked about the political process. 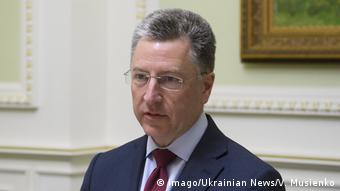 Volker: Sanctions on Russia have had some effect, but have not completely achieved US goals

How close are your contacts with Germany and France? Some are concerned that Washington might strike some kind of a separate deal with Moscow behind the backs of the Europeans and Ukrainians as well…

That's absolutely not going to happen. There is no such thing and there will not be any kind of separate deal over the heads of the Ukrainians or behind the backs of the Europeans.

In fact I've been in very close touch with both French and German colleagues before a meeting with my Russian counterpart. And we went through everything in their process. The US has made clear we fully support the Normandy process and it's not our intention to become a part of it or to try to go over the top of it. And as far as Ukrainians are concerned, I had three visits to Kyiv in just the past six weeks and we're in very close touch about the contents of any discussions and there is clearly no deal-making over their heads.

You've recently said that the US administration is reevaluating its stance towards providing Ukraine with lethal defense weaponry. This prompted critical comments from Moscow. Have the Russians raised this issue in their private conversations with you?

I'm not surprised that Russia is raising concerns about it. They had an opportunity to move into Ukraine and take territory and annex Crimea without really much opposition. So obviously they're going to raise concerns about Ukraine being better able to defend itself.  Having been invaded and part of its territory taken it's quite reasonable for Ukrainians to want to be better able to defend themselves.

I'm not surprised that Russia is raising concerns about it. I think Russia was hoping that it would be able to keep Ukraine in its orbit as part of the Russian sphere of influence, the greater Russian identity. The reality is that their invasion and occupation has created a more nationalist and a more unified and more pro-Western Ukraine. So it hasn't really done much for Russian interests. In fact, it's probably hurt them. And that's the reality, that it's likely to continue to get worse. Clearly it's possible this could be dug in by Russia or it could become another frozen conflict. I don't think anybody wants that. I think we should be working to come up with a way to actually resolve it, to see Ukraine get its territory back and to see that the safety and security of all Ukrainian citizens is preserved.

Speaking about getting the territories back: there are suggestions, like the one coming from head of the German FDP Christian Lindner, to "freeze" the Crimean problem until the right momentum arrives. Do you agree?

I would not agree with that. The way I see it is that there is no distinction between Russia's invasion, occupation of either Crimea or the Donbass. In the case of Crimea, however, they have also claimed to annex the territories - not only occupying it, but taking it for themselves. I don't think we should be accepting or legitimizing any of that. That being said, the Minsk agreements are only about eastern Ukraine. And if we can make progress there, we should try to make progress everywhere, but I don't think progress in one place should be hostage to progress in another.

In one of your recent interviews you called the suggestion that Ukraine might re-establish its nuclear program "a bad idea."

It's clearly a bad idea. Having nuclear weapons is simply not a realistic option for Ukraine and it would do nothing to enhance Ukraine's security. Probably just the opposite. I think it's a failure of the international community and first on the part of Russia to invade and take a part of Ukraine territory in violation of the Budapest memorandum, but also for the United States, UK, France and the broader international community to have given a security guarantee like that and then not have stood by it. And so it is important that we don't give up on that and try to actually restore Ukraine's integrity and to ensure the safety and security of its citizens.

Do you think that economic sanctions imposed by the West upon Russia proved to be effective?

Well, yes and no. I think the fact that Russia is concerned about them and wants to see them lifted indicates that they do notice them, they do care. At the same time Russia has not withdrawn its forces from Ukraine. So in that sense they haven't been fully effective or affected Russian decision-making to that point.

How does all of that affect US-Russian relations?

As President Trump said to President Putin in Hamburg at the G20 summit, a failure to resolve the Ukraine conflict is going to continue to be an obstacle to the improvement of US-Russian relations. So to the extent that US-Russia relations are important (and we believe they are, I think Russia does too), then the Ukraine issue is important, and needs to be addressed. So I think those sorts of things add to the considerations that Russia should have, in thinking about whether it's time to withdraw its forces and look for another solution to providing security in Ukraine and seeing the political parts of Minsk implemented.

Clearly, there's a lot on the plate right now in terms of international unrest. But where does solving Ukrainian conflict stand on the list of US administration priorities? What are the criteria for success there?

There are lots of other things in the bilateral US-Russian relationship that are important - everything from the expulsion of our diplomats to Russia's role in the INF treaty. We have international issues like Syria and North Korea. So they're all important, but Ukraine is important as well. And in terms of what would be a success: I think Secretary Tillerson and Secretary [of Defense James] Mattis have both defined it very clearly: success is the restoration of Ukraine's territorial integrity and sovereignty as well as security for all of Ukraine's citizens.

Ambassador Kurt Volker serves as executive director of the McCain Institute for International Leadership at Arizona State University, based in Washington, D.C. In July 2017, Volker was named United States Special Representative for Ukraine Negotiations by Secretary of State Tillerson. This is a voluntary role he has assumed as he continues to lead the Institute.

This interview was conducted by Dmytro Kaniewski.