After the tear gas and riots at the US-Mexico border, attitudes to immigration have become even more entrenched on both sides of political Washington. A solution to the impasse does not appear to be in sight. 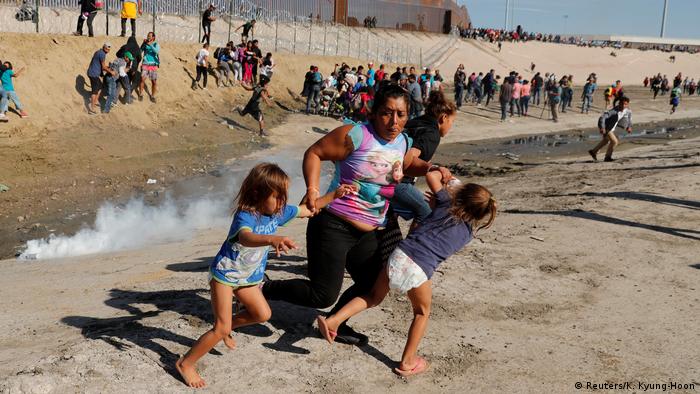 How should the US deal with migrants and asylum-seekers? The heated debate intensified after US troops fired tear gas at migrants who rushed the fence at the US-Mexico border.

The issue of immigration has roiled the Washington establishment, but even after the violence, no consensus looks emergent. In fact, both sides are using the optics to dig in.

"People are using the chaos at the border as justification for all of the policies they previously supported,"  Alex Nowratseh, senior immigration policy analyst at the CATO Institute, told DW. "Everything that happens along the border just reinforces whatever political and policy views people already had."

The fight had come to Washington long before the bulk of the "caravan" of thousands of Central American migrants reached the border with Mexico.

"For people on the political right, there's this sense and belief that there is a genuine threat coming in the form of this migrant caravan," Scott Anderson, the David M. Rubenstein Fellow for Governance Studies at the Brookings Institute, told DW. "You see a lot of rhetoric about this being an invasion of the country." From the political left, he said, comes concern and criticism about the administration's method of handling the crisis, and a sense that the US is pushing the legal line of what the military can do. 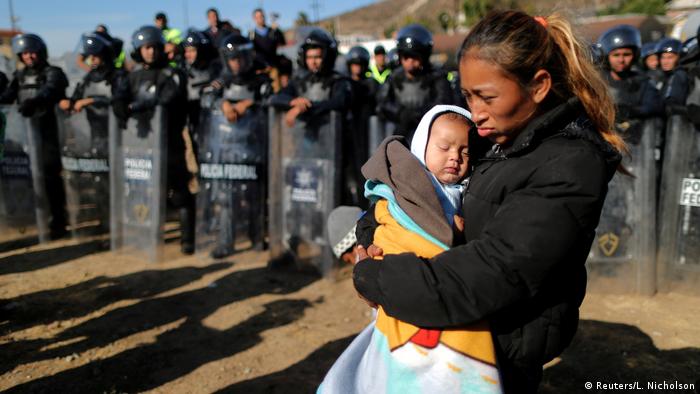 Washington has been deadlocked over the question of immigration reform for years. As the number of legal ways for migrants to cross into the US goes down, tension between the two sides of this debate ratchets up.

US President Donald Trump is now holding up an appropriations bill, demanding funding for his long-touted border wall with Mexico, sending the government careening toward a shutdown.

Read more:Can Donald Trump use force against the 'migrant caravan'?

Immigration reform, as Dallek points out, is one of Trump's signature issues. It riles up his base, and he is loathe to undercut that support, Dallek said. "It's hard to see how he's going to give in or compromise enough to get the Democrats on board on the issue," he said. It's also an issue that's deeply entrenched in the US electorate on both sides. 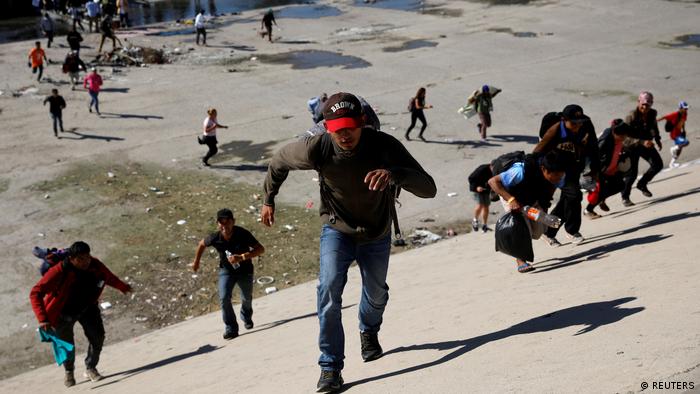 "I think if anything, partisans are going to look at it through their own partisan lens," said Dallek. "And again, Trump is going to say, 'Look at all the tough actions I've taken to repel the lawlessness at the border.'"

Democrats, meanwhile, will also dig into their view that they are the tolerant, immigrant-friendly party, Dallek told DW, and further inflame the debate, causing gridlock.

The result will be a lot of legal chaos, Alex Nowratseh predicts. Congress comes back into session in early January, with a new crop of legislators in both houses, but "there's just no way that there will be some kind of solution to this problem."

Plus, he says, a House of Representatives now with the Democrats in the majority will likely end up investigating "every immigration action the president has taken since taking office in 2017."

Thousands of migrants have left Mexico City for a 2,800-kilometer route through areas known for cartel violence. Organizers said the route to Tijuana is less dangerous than heading straight to the closest US entryway. (10.11.2018)

About 200 people waited for a second day at the Mexico-US border as they sought asylum. The migrants have already drawn the wrath of US President Trump during their month-long trek through Mexico. (30.04.2018)