US: 'Many killed' in El Paso mall shooting 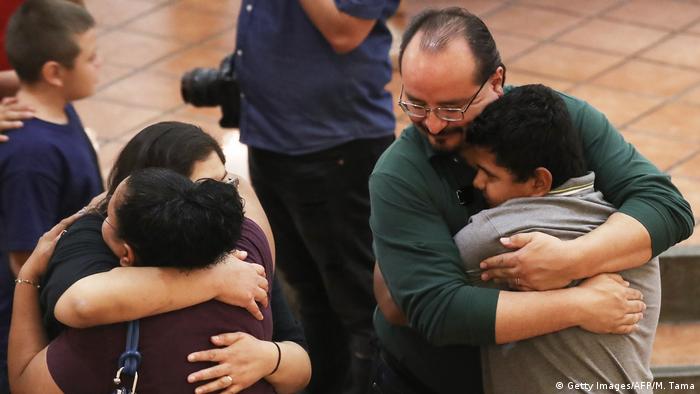 Texas Governor Greg Abbott said Saturday that 20 people had been killed in a shooting at a shopping center in El Paso.

"We as a state unite in support of the victims and their family members," Abbott told reporters, calling it "one of the deadliest days in Texas history."

El Paso Police Department Chief Greg Allen said 26 people had been wounded in the attack. A white 21-year-old male suspect has been arrested, according to police.

Police are investigating whether a racist tirade posted online shortly before the shooting was written by the suspect. In the post, the writer complains about an influx of Hispanics that they said would replace aging white workers.

"Right now we have a manifesto from this individual that indicates to some degree he has a nexus to potential hate crime," Allen said. 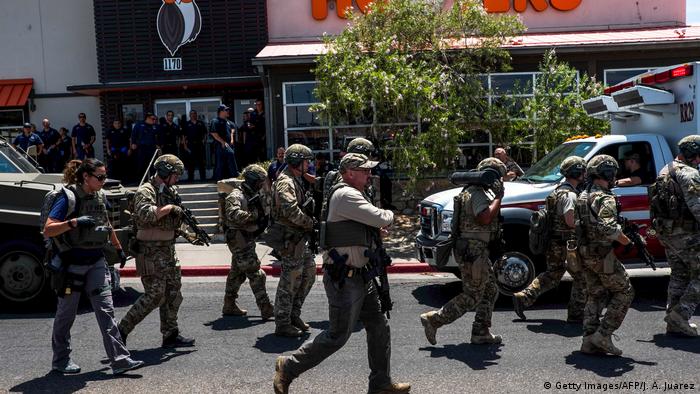 There were initial reports that the gunman had used a rifle. El Paso Police spokesperson Robert Gomez said authorities had ruled out the possibility of multiple shooters.

Most of the victims were shot at a Walmart near the Cielo Vista Mall, according to police. Gomez said the Walmart was "at capacity" with between 1,000 to 3,000 shoppers at the time of the shooting on Saturday afternoon.

After an initial tweet in which he said "reports are very bad, many killed," US President Donald Trump later responded more fully to the incident, writing it was "not only tragic, it was an act of cowardice."

"I know that I stand with everyone in this country to condemn today's hateful act," he wrote on Twitter. "There are no reasons or excuses that will ever justify killing."

Earlier, Governor Abbott tweeted that "Texans grieve today for the people of this wonderful place."

"We unite in support of all the victims," he wrote.

"Enough is enough," said former Vice President Joe Biden. "This is a sickness."

"This is beyond anything that we should be tolerating," he added.

"All over the world, people are looking at the United States and wondering what is going on? What is the mental health situation in America, where time after time, after time, after time, we're seeing indescribable horror," said Vermont Senator Bernie Sanders, who along with 18 other Democratic candidates was in Las Vegas to speak to the country's public employees union.

Beto O'Rourke, who represented El Paso in Congress from 2013 to 2019, said he was suspending his campaign to "be with my family and be with my hometown."

El Paso, which is home to around 680,000 residents, is located in western Texas and sits across the border from Juarez, Mexico.

Saturday's violence comes on the heels of another deadly shooting in California, which saw a 19-year-old gunman open fire at a food festival on Wednesday. Three people were killed, including two children. On Tuesday, two people were killed and a police officer was wounded in another shooting at a Walmart in Mississippi.

There have been 247 mass shootings in the US so far this year, according to the nonprofit Gun Violence Archive.

Thousands across US rally on National Gun Violence Awareness Day

Two teenagers killed 12 students and a teacher at Columbine High School on April 20, 1999. The attack lingers in the popular imagination as the first in a string of modern-day school shootings in the United States. (21.04.2019)