In the US, journalists are sacrificing editorial independence in exchange for access to top politicians. The practice has a long history in Germany, where interviews often must be authorized before publication. 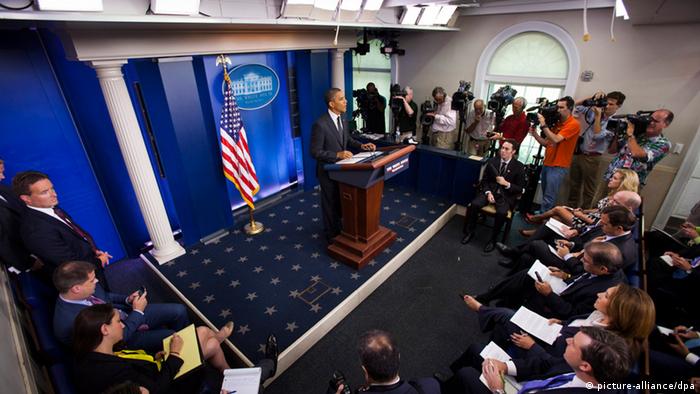 In democratic societies, the media has long struggled with the political class to define what information is fit to print. While journalists seek access to high-level officials for a scoop, officialdom often does its best to control the flow of information to journalists in order to mold public opinion in its interests.

But in the United States, the balance of power between the journalist and the politician has increasingly shifted in favor of the latter. According to a July 15 report by Jeremy W. Peters of the New York Times, political journalists in Washington are increasingly trading their editorial independence for high-level access to members of the Obama administration.

Quotes gleaned from administration officials by a reporter are not just reviewed by the publication's editor, they are often sent to the very same officials for approval - and even redaction - before going to print.

According to Stephen Ward, there is a growing and unhealthy "pressure on journalists and … on news organizations to get the story, to be first, to be the first tweet."

"The officials who know this are quite aware that in this era of 24 hours news, access is king," Ward, the director of the Center for Journalism Ethics at the University of Wisconsin-Madison, told DW. "This is just a game of access - it's as old as journalism."

In Germany, there is a long-standing practice of submitting transcripts to interview partners for approval and redaction before publication. Although the practice can make it easier for journalists to gain access to high-ranking officials, it also creates serious conflicts of interest. 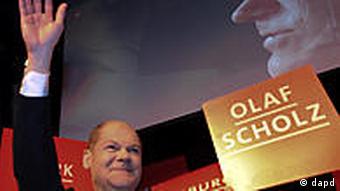 Scholz's office sought to black out large sections of the interview

"They are measured by their words, and often in important conflicts or fields of work, the spoken or written comma makes a difference in terms of how a political message is interpreted," Kammann said. "So naturally they want an interview to be as exact as possible in its wording."

But controlling information ostensibly in the name of accuracy can lead to the manipulation of reality. In 2003, the Berlin-based daily Tageszeitung interviewed Olaf Scholz, who at the time was the secretary-general of the center-left Social Democratic Party (SPD). The interview focused on his poor showing during his re-election as secretary-general.

Scholz threatened to refuse to sanction the interview if large sections of the transcript weren't smoothed over to meet his standards. Former Tageszeitung editor-in-chief Bascha Mika responded by printing the full-length interview - in its blacked-out censored form - on the paper's front page, sparking a media firestorm.

"What you get is a sanitized quote," Kammann said. "It's a statement that has been reflected on three times, often making it abstracter and less colorful. It also loses the incompleteness that is connected with every position." 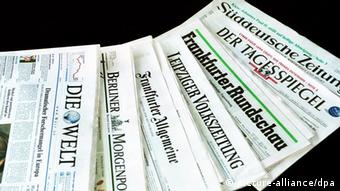 Papers in Germany have long had to weigh access against independence

While many of the papers have sought to end the practice in the newsroom, little has actually changed. Politicians and other powerful figures still often demand authorization before publication. Journalists of course can always refuse to print the authorized version.

"Journalists can only defend themselves against this practice if they were to organize a joint boycott," Kammann said. "If they said that they do not accept the practice and no longer print interviews in the authorized form."

"But I suspect that such a united demand won't materialize in all practicality," he added.

In the United States, the phenomenon is relatively new. According to Ward from the Center for Journalism Ethics, a combination of hyper-partisanship, financial trouble and the introduction of new media are pushing journalists to sacrifice their independence for the sake of access.

Increasingly, politicians are on the defensive as hyper-partisanship has led to a winner-take-all discourse that seeks to destroy the opposing side. A single gaffe can sink an entire political campaign, which makes candidates less receptive to speaking openly with journalists.

"So as a result, you have a stilted political discussion in this country," he continued. "People are afraid to say whatever is off the top of their heads; people will not actually engage in many forums."

Journalists are increasingly underequipped to confront powerful officials in politics and the private sector who are seeking greater control over the image they present to the public.

According to the Pew Research Center's Project for Excellence in Journalism, the newspaper industry's loss in advertizing revenue outpaced gains online by a factor of 10 to 1. The newspaper industry has shrunk some 43 percent since 2000, with the trend continuing in 2010-2011 as weekday circulation declined by four percent. 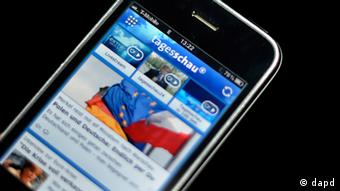 According to Ward, as some traditional media outlets lose their financial footing, they are also losing their ability to maintain their editorial independence and publish stories free from outside interference.

"In the past they (sources) wouldn't get away with it, because we worked in these very large organizations which were economically viable and could tell sources, 'no, we're not playing this game with you,'" Ward said. "'And actually what we're going to do, we're going to make it public that you tried to manipulate the press.' It worked more or less in Canada and the United States."

As traditional media such as newspapers decline in print form, new digital mediums are filling the void, driven increasingly by the proliferation of laptops, smart phones, tablets and social networking. The audience for online news sites grew by 17 percent in 2010-2011, according to Pew.

"The mainstream traditional sort of media that we have is struggling very hard to compete with people who are in a whole new media zone that is not populated by journalists who are professionals, or who believe in accuracy and independence and being very careful with their information," Ward said.

Ultimately, journalists must assume much of the responsibility for the weakening of their editorial independence, according to Ward. He argues that they have increasingly bought into a partisan political game that revels in scandal at the sake of context.

"We are never going to get rid of all the tweets and the 24-hour business - all the fast-food journalism that we are seeing," Ward said. "But we can at the core of political discourse maintain certain sources of news and analysis that are informed and not breathless - (that are) thoughtful."

Romney urges congressman to stand aside over rape remark

US presidential hopeful Mitt Romney has called for Congressman Todd Akin to abandon the Senate race over comments he made about rape and abortion. Meanwhile, a Republican panel backed a strict anti-abortion amendment. (22.08.2012)

After two mass shootings in a month left 19 people dead and dozens injured in two US states, you'd think gun control would become a major topic of the US presidential race. Instead no one is going near the issue. (23.08.2012)