A raft of new punitive measures has been announced by the US Treasury Department targeting entities providing "financial conduits" supporting Hezbollah and Iran based in Lebanon, Kuwait and China. 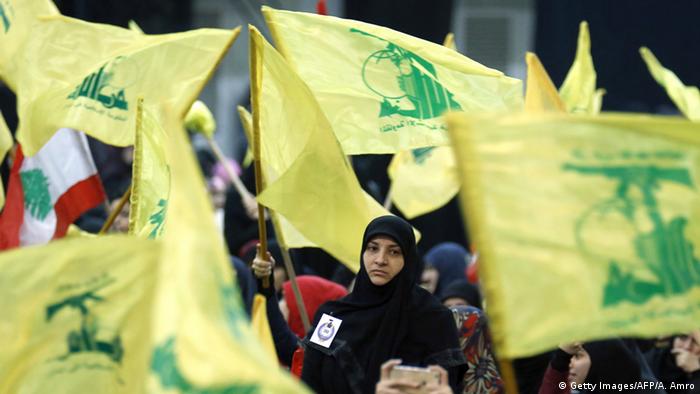 The US government slapped fresh sanctions on several individuals linked to the Lebanese Shia group Hezbollah, the US Treasury Department reported on its website Friday.

The department said that Hezbollah "continues to exploit the legitimate commercial sector for financial and material support, which enables the group to carry out acts of terrorism and degrade Lebanon's political institutions."

The revenues generated by these networks "fund terrorist activities, as well as perpetuate instability in Lebanon and throughout the region," a Treasury press release said.

Who do the sanctions target?

The measures target the financial networks and facilitators that fund the group and and front companies that "operate in support of Hezbollah and Iran's Islamic Revolutionary Guard Corps-Quds Force."

"These networks have laundered tens of millions of dollars through regional financial systems and conducted currency exchange operations and trades in gold and electronics" for the benefit of Hezbollah and the Quds force, the Treasury Department said.

Also listed was China-based businessman Morteza Minaye Hashemi, who the US says has "used his access to the international financial system to launder vast sums of money" for Hezbollah and the Quds force.

Hashemi is said to control several companies based out of Hong Kong and mainland China, and has been helped by two Chinese nationals who assisted Hashemi in setting up bank accounts, while serving as "straw owners" for his companies, according to the Treasury Department.

The Treasury Department said the sanctions will block US property and interests of the listed individuals, and prohibit US entities from doing business with them.