US intelligence: Russia and Iran actively interfering in election

US intelligence officials have said Russia and Iran have obtained voter information to undermine confidence in the electoral system and intimidate voters. 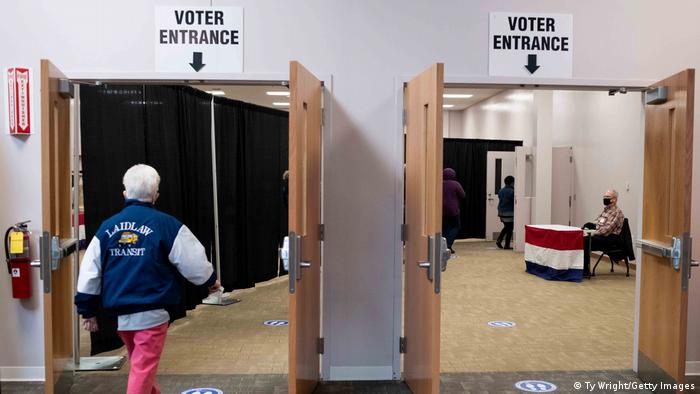 US intelligence officials said Wednesday that Russia and Iran have both obtained US voter information with the goal of influencing public opinion ahead of the presidential election on November 3.

At a hastily arranged press conference, US Director of National Intelligence John Ratcliffe warned that both Iran and Russia seek to use voters' contact information to "to communicate false information to registered voters that they hope will cause confusion, sow chaos, and undermine confidence in American democracy."

"These actions are desperate attempts by desperate adversaries," he said, adding that the US would "impose costs and consequences" on any foreign countries interfering in the elections and that intelligence officials had "acted swiftly" in response to the threat.

FBI Director Christopher Wray said that US voters "should be confident that your vote counts" and be skeptical of unverified claims undermining confidence in the US electoral system.

US officials have long warned about this kind of interference, as voter registration data is considered to be easily accessible public data.

"If you receive an intimidating or manipulative email do not be alarmed and do not spread it," Ratcliffe told voters.

The announcement came after registered Democratic voters in battleground states like Florida and Pennsylvania reported receiving threatening emails designed to look like they came from the right-wing "Proud Boys" group.

"You will vote for Trump on election day or we will come after you," the emails reportedly said. US intelligence officials told the Reuters news agency that they suspected Iran was involved, although evidence remains inconclusive.

Ratcliffe also said Iran was responsible for a video that implies fraudulent ballots are being submitted, including from outside the United States.

The officials did not specify how Russia used the information obtained on US voters.

"Although we have not seen the same actions from Russia, we are aware they have obtained some voter information just as they did in 2016," Ratcliffe said.