US House to vote on Obamacare repeal bill on Thursday

The Republican majority of the House of Representatives believes it has the votes to pass the repeal to the Senate. The bill allows states to opt out of a requirement to charge the healthy and the sick the same rates. 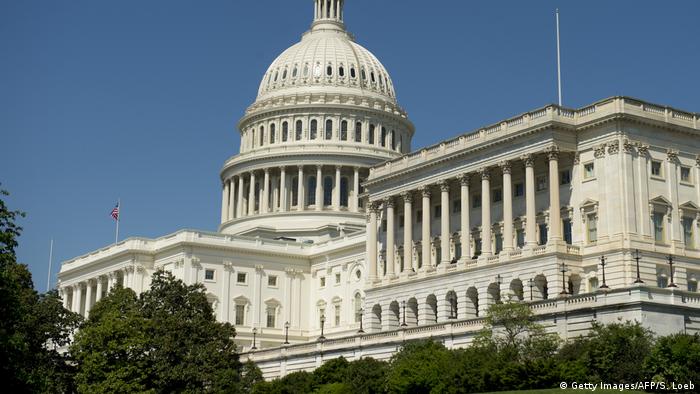 Republicans in the US House of Representatives believe they have enough votes to pass a repeal of the Affordable Care Act, commonly referred to as Obamacare, through to the Senate. A vote in the House is expected on Thursday.

"We will be voting on the health care bill tomorrow (Thursday) because we have enough votes," said Republican Majority Leader Kevin McCarthy on Wednesday, adding: "It's a good bill."

An earlier version of an attempted repeal died in the House in March after moderates and conservatives did not approve of the provisions that would do away with the Affordable Care Act of 2010. The big change with this new repeal is it allows states to opt out of forcing insurers to charge healthy and sick patients the same rate for health coverage.

The vote is expected to fall along party lines. No Democrats support the measure.

"House Republicans are going to tattoo this moral monstrosity to their foreheads, and the American people will hold them accountable," said Democratic House Minority Leader Nancy Pelosi.

While Republicans (GOP) hold a majority of the seats in the House, there are some who are unsure as to whether they should support the measure or not. The GOP can afford 22 defectors. An AP report said 19 Republicans opposed the bill.

Make or break for Republicans

US President Donald Trump, a Republican who railed against the Affordable Care Act during his presidential campaign, worked with House Republicans over the preceding days to sway undecided representatives to vote for the measure. Republicans have urged the repeal of Obamacare since it became law. It is considered a make-or-break vote for Republicans.

Billy Long, a Republican representative from Missouri, was initially apprehensive about the bill, even while speaking with Trump, who is looking for his first major legislative victory since taking office in January.

"The president said, 'Billy we really need you. We need you, man.' I said, 'you don't have me,'" said Long, who eventually agreed to vote for the repeal after Trump promised to add a supplemental $8 billion (7.3 billion euros) that covers health costs for people in "high-risk pools."

It is not clear whether the repeal will pass through the Senate, should the bill make it through the House.

Insurance companies such as Anthem Inc. and Aetna are uncertain about the future of their companies with the vote hanging in the balance. Aetna announced Wednesday said it would leave the Affordable Care Act individual insurance market in Virginia next year due to "growing uncertainty" and expected losses this year.

Congressional analysts said 24 million Americans would lose health insurance under the GOP-backed bill by 2026. The American Medical Association (AMA), AARP and other consumer groups oppose the measure. The AMA said in a statement the changes sought by Long and other uncertain Republicans "tinker at the edges without remedying the fundamental failing of the bill – that millions of Americans will lose their health insurance as a direct result."