President Donald Trump’s health plan has been pulled thanks largely to an alliance of hard-line Republican lawmakers known as the Freedom Caucus. Who are they, and what do they mean for Trump’s policies going forward? 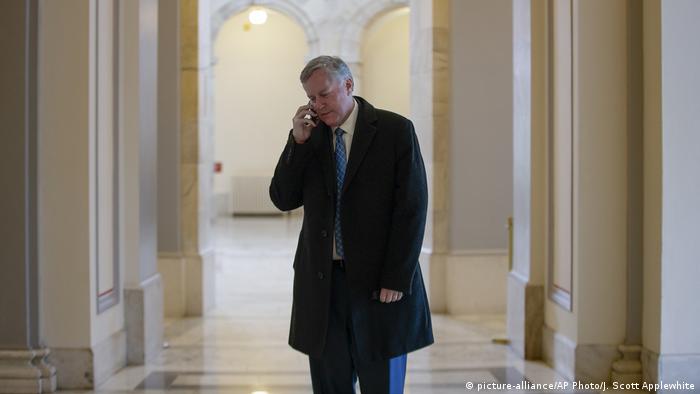 For Trump and Speaker of the House Paul Ryan, it was a shattering loss. Repealing the Affordable Care Act, or Obamacare, was supposed to be the first major victory for a president who advertised himself as a savvy deal-maker who could buck the system and get things done in Washington.

But Friday's defeat was a wake-up call. Despite intense lobbying by Trump and Ryan, members of the hard-line conservative Freedom Caucus rejected the plan. Eventually, the Republicans in the House of Representatives pulled the bill after realizing it didn't have enough support from members of their own party. Though Trump was initially hesitant to blame the Freedom Caucus for the bill's defeat, he targeted them in a tweet on Sunday.

Now, observers in Washington are eager to see how Trump moves forward with the Freedom Caucus as his administration tackles other divisive reforms, like altering the tax code. 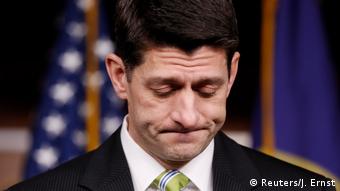 What is the Freedom Caucus?

The Freedom Caucus is a loose coalition of Republican members of the House of Representatives. Formally constituted in 2015, the group has about three-dozen members from across the country and is currently chaired by Mark Meadows of North Carolina. According to its Twitter account, the group stands for "open, accountable [and] limited government."

"They are hard-right conservatives who conceive of themselves as absolutist libertarians," Christopher Phelps, an associate professor of American Studies at the University of Nottingham, told DW. "They also see themselves as the political expression of the Tea Party movement," he said, referring to the grassroots political movement that rose to prominence in 2009.

Viewed in the capital as far-right agitators, they have been a thorn in the side of the more moderate wing of the Republican Party. They are also credited with driving out Ryan's predecessor, John Boehner, who shocked Washington by retiring from Congress in October 2015. 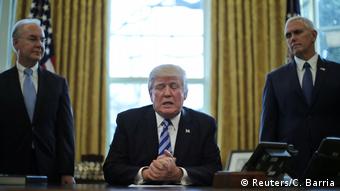 Why did it reject Trump's healthcare plan?

Trump was elected largely on his promise to repeal and replace Obamacare, which Republicans consider a failure. The Freedom Caucus is against the government regulating healthcare at all, and when Ryan unveiled the new plan in March, which did away with most but not all of Obamacare, many of the group's members felt it didn't go far enough.

Even after several last-minute concessions, most caucus members remained opposed to the plan. "One-hundred-percent repeal," said caucus member Ted Yoho of Florida, according to "Time" magazine. "I ran on that, I got sent up here for that, this bill does not do that."

But for many Republican lawmakers with constituents who rely on Obamacare benefits, a complete repeal is politically unfeasible. "The real problem here is that [Freedom Caucus members] were pushing for something that is out of step with the majority of Americans," Brian Klaas, a former US campaign advisor and current fellow in comparative politics at the London School of Economics, told DW.

How will it impact Trump's agenda in the future?

The healthcare fiasco has already led one Freedom Caucus member, Ted Poe of Texas, to resign. Now, as the president shifts his focus to reforming the tax code, a new fight could be brewing. The Republicans were banking on the new healthcare plan saving some $1 trillion (920 billion euros), which would help enable their tax cuts without raising the national debt. Because the Freedom Caucus wants a reduction in the national debt, tax reform could prove to be just as contentious.

Furthermore, Friday's defeat showed caucus members that "they can successfully stand up to Trump and derail legislation," Klaas said. He added that Trump's response on Twitter didn't help matters: "Basically alienating what should be a core group of support for him is not a wise move. It's not going to make it easy for them to work with him."