Despite opposition from businesses, the act was passed almost unanimously in the House of Representatives. More than one million Uighurs are allegedly in forced labor camps in the Xinjiang region. 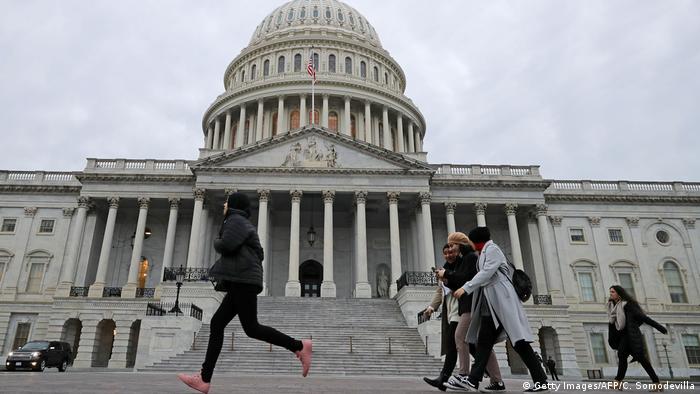 The US House of Representatives on Tuesday voted to ban imports from China's Xinjiang region. Lawmakers said this was an attempt to stop systemic forced labor from the Uighur community.

The Uighur Forced Labor Prevention Act passed by a unanimous majority of 406-3 despite several US businesses expressing opposition to such a move. The bill still needs to be passed by the Senate before it would go into effect.

According to the UN, more than one million Uighur and other mostly Muslim community laborers are currently being forced to work in confined conditions in Xinjiang. The US and other nations have increased pressure on China to take action against forced labor camps.

"Tragically, the products of the forced labor often end up here in American stores and homes. We must send a clear message to Beijing: These abuses must end now," said House Speaker Nancy Pelosi.

A study by a labor group says that more than 20% of the garments coming into the US contain at least some yarn from the Xinjiang region.

Opposition from Chamber of Commerce

The US Chamber of Commerce criticized the act, claiming it would prohibit legitimate trade rather than prevent the import of products made by forced labor.

The State Department said it would educate US companies in Xinjiang, and the Customs and Border Protection Agency said it was banning specific products traced to forced labor in the region.

Jim McGovern, a democrat who helped spearhead the bipartisan act, said, "These piecemeal actions fall far short of addressing a regional economic system that is built upon a foundation of forced labor and repression."

China has argued it is providing vocational training to Uighur and other Muslim minorities in an effort to reduce extremism among those groups.

More than 1 million Uighurs have disappeared into China's internment camps in Xinjiang province. A DW investigation reveals how many of them were tried for their alleged "crimes" in sham trials.

The visit by French parliamentarians comes weeks after US House of Representatives Speaker Nancy Pelosi came to Taipei despite repeated warnings by China.