The decision will offer temporary residency to hundreds of thousands of exiled Venezuelans in the United States. 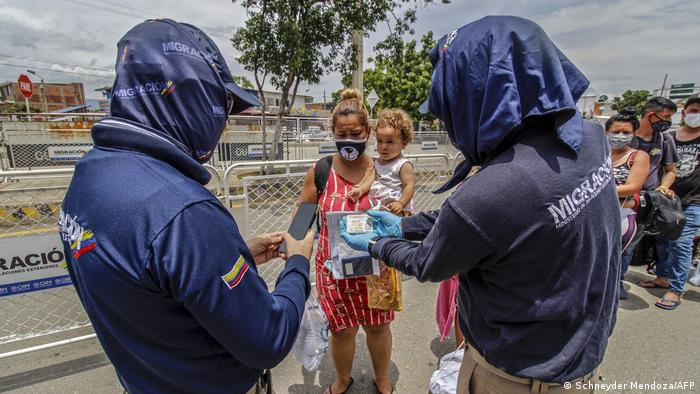 The United States will offer temporary residency to hundreds of thousands of Venezuelans on its soils, US officials said on Monday.

US President Joe Biden had promised in his election campaignto give shelter to exiled Venezuelans who fled their country amid economic collapse, political turmoil and human rights violations.

Carlos Vecchi, the US representative of Venezuela's opposition leader Juan Guaido, said on Twitter that the decision was a "necessary and urgent measure, which is finally becoming a reality."

The US does not recognize the government led by Venezuela's President Nicolas Maduro, the successor to former President Hugo Chavez.

The US Department of State said earlier, "our overriding goal is to support a peaceful democratic transition in Venezuela through free and fair presidential elections and to help the Venezuelan people rebuild their lives and their country."

Effects on Venezuelans in the US

The decision will allow an estimated 320,000 people to apply to legally live and work in the United States for 18 months. They will have to show that they have been residing in the country continuously since March 8, 2021 to qualify for Temporary Protected Status (TPS).

In the past few years, the Venezuelan economy has spiralled out of control, with widespread food and medicine shortages, frequent power outages and massive inflation.

The US had placed sanctions against Venezuela under former president Barack Obama, when Biden was Vice President. An official said the administration was reviewing the sanctions to make sure they were effective against their intended targets and not "unnecessarily" punishing the Venezuelan people.

TPS was created in 1990 and grants citizens from eligible nations the opportunity to stay in the US if they cannot safely return to their home country. About 400,000 people from ten countries are currently living in the US under the TPS program.

The Trump administration attempted to phase out the program, saying it had effectively become permanent residency after repeated extensions. Biden has moved to reverse Trump's tough immigration policies.