US forces Volkswagen to correct fuel economy on almost 100,000 vehicles

The German multinational company is due to pay $96.5 million (€87.6 million) for the error. VW admitted in 2015 that up to 11 million cars had been fitted with software designed to deceive emissions testers. 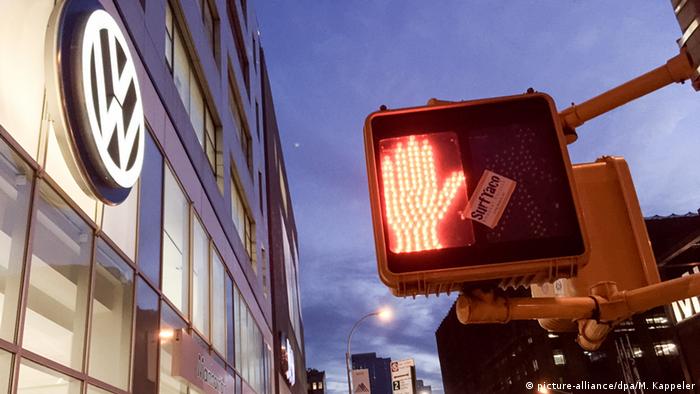 The US Environmental Protection Agency (EPA) on Friday reached an agreement with Volkswagen for the carmaker to correct fuel economy labels on almost 100,000 vehicles.

The EPA and the California Air Resources Board found that transmission software in the gasoline-fueled cars switched gears differently in tests than in real-world conditions, to produce better mileage than consumers received on the road.

The software was installed on roughly 1 million automobiles, but only 98,000 were found to have lower mileage than what was declared on EPA stickers, according to the environmental agency.

Any money that does not go to vehicle owners will be used to remedy environmental damage. Legal fees are not included in the financial penalty and will be settled later.

Fuel economy labels on models from 2013 to 2017 will be corrected, not just for Volkswagens but also Audis, Bentleys and Porsches, which are all sold by the VW group.

Friday's announcement completes a turbulent four years for VW, which admitted in September 2015 that up to 11 million cars worldwide had been fitted with software intended to deceive emissions testing.

A career in cars — Ferdinand Piech

For decades, Ferdinand Porsche's grandson was a leading light in Germany's car industry. Without Ferdinand Piech, there'd be no Porsche 917, no Audi quattro, no Bugatti Veyron, and possibly no VW as we know it. (27.08.2019)