The bank also agreed to improve oversight by senior management and compliance to US banking laws. The fine is the latest in a series of woes for Germany's largest bank. 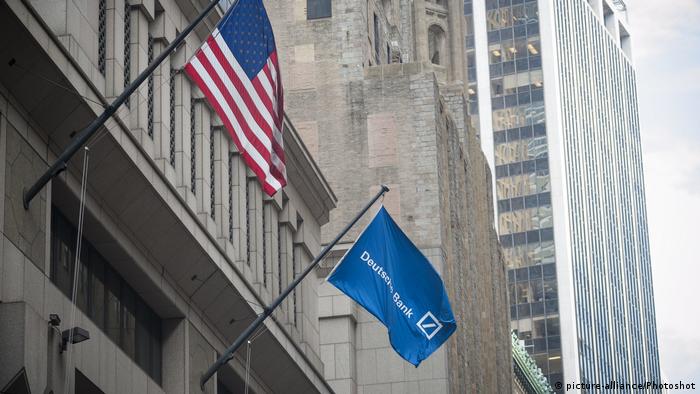 Deutsche Bank was fined $41 million (36.6 million euros) by the US Federal Reserve on Tuesday over failures to screen billions of dollars in potentially suspicions transactions.

In a press release, the Federal Reserve said the fine stemmed from "unsafe and unsound" practices with the bank's US operations.

The bank will also work under an order that requires it to improve the oversight from senior management to better comply with anti-money laundering laws in the US.

"We are committed to implementing every remediation measure referenced in the Fed's order and to meeting their expectations," Deutsche Bank said in a statement on Tuesday.

Not the end for Deutsche Bank

Deutsche Bank has been in the middle of other recent investigations and lawsuits in the US due to its alleged ties to Russia and US President Donald Trump.

The Federal Reserve fined Deutsche Bank $425 million in January for actions between 2011 and 2015.

A New York based unit of the bank, Deutsche Bank Trust Company Americas, processed about $10 billion worth of Russian roubles in suspicious transactions. The transactions went through Moscow, New York and London.

Trump is reported to have loans from Deutsche Bank of at least $300 million. While other banks reportedly would not work with him during the 2016 US presidential campaign, Deutsche Bank maintained its relationship with the eventual president. With the ongoing investigation into allegations Russia meddled in the election, Democrats from the House of Representatives are demanding more extensive investigations into Deutsche Bank.

Democratic Representative Maxine Waters of California and her colleagues wrote a letter last week to Deutsche Bank CEO John Cryan for information on Russian money laundering and the bank's review on Donald Trump and his family members' accounts with the bank.

Deutsche Bank did not comment on Waters' request on Tuesday, according to AP.

Germany's biggest lender, Deutsche Bank, has agreed to pay a fine of close to a hundred million dollars to settle a fraud case in connection with the bank's use of a US shell company to avoid paying taxes. (05.01.2017)