In unusually strong words, the US accuses Israel of breaking its trust over plans for a new West Bank settlement. The White House has said such moves would alienate Israel from international partners. 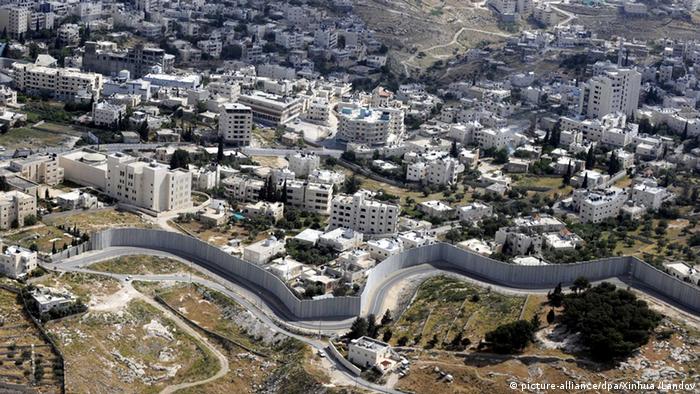 In an unusually strong rebuke, the US accused Israel of breaking its trust over plans for a new West Bank settlement.

The White House on Wednesday condemned Israel as plans to construct new settlement homes deep into the West Bank emerged.

In its notably forthright response, the Obama administration lashed out at the proposal for some 300 housing units.

Spokesman Mark Toner said that the plan undermined hopes for peace, and that it was "another step towards cementing a one-state reality of perpetual occupation."

"Such moves will only draw condemnation from the international community, distance Israel from many of its partners, and further call into question Israel's commitment to achieving a negotiated peace," Toner said in a statement.

Toner said the plan would see homes built on land "far closer to Jordan than Israel ... and make the possibility of a viable Palestinian state more remote."

Washington opposes Israel's policy of building Jewish settlements on land that would be claimed by the Palestinians in any "two-state" peace agreement.

"Israelis must ultimately decide between expanding settlements and preserving the possibility of a peaceful two-state solution," Toner said.

"We did receive public assurances from the Israeli government that contradict this announcement," he said. "I guess when we're talking about how good friends treat one another, that's a source of serious concern as well."

US officials have adopted a stronger line in their dealings with Israel in recent weeks. Washington claims that Prime Minister Benjamin Netanyahu's government is recklessly accelerating the home-building program despite international concern.

The Middle East Quartet - a contact group including the EU, Russia, United States and the United Nations - in July called on Israel to halt settlement building.

Also on Wednesday, Israeli aircraft attacked Palestinian militant targets in the Gaza Strip on Wednesday, with at least one person wounded. The raid came after a rocket fired from the enclave hit an Israeli border town.

Three Hamas training camps and a security complex were targeted in the airstrikes.

There were no casualties in the rocket strike on Sderot, Israeli police said. However, Israel has a declared policy of responding to any attack from the Hamas-run Gaza Strip with military force.

A poll published on Sunday showed that two-thirds of Israelis believe there will never be a peace agreement with the Palestinians.