Washington has urged Israel to stop settlement construction in occupied territories, saying it undermines peace. More than 150 units illegally built in the 1980s have been retroactively approved by a military committee. 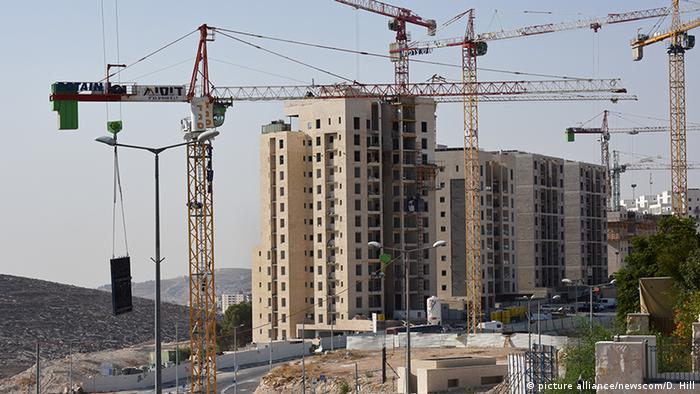 The US on Wednesday accused Israel of undermining peace efforts by accelerating the construction of settlements in the occupied West Bank.

"This significant expansion of the settlement activity poses a serious and growing threat to the viability of a two state solution," White House spokesman Josh Earnest told reporters on Air Force One as the president traveled to China for a G20 summit.

"We are particularly troubled by the policy of retroactively approving illegal outposts and unauthorized settlements," Earnest added.

According to Haaretz, 178 units built without permits in the 1980s received retroactive approval, while 284 were for new complexes.

The international community considers the construction of settlements in the West Bank an obstacle to efforts to resolve the conflict. The UN has stated that settlement construction violates several UN Security Council resolutions.

However, the Israeli government claims that Jews have lived in the occupied territories for thousands of years, and that the presence of settlers does not undermine the peace process.

More than 2,500 housing units, including the retroactive approval of 700 units, have been green-lighted for construction this year, according to a report by the Middle East Quartet, a contact group comprising the US, UN, EU and Russia.

"These policies have effectively given the Israeli government a green light for the pervasive advancement of settlement activity in a new and potentially unlimited way," the White House spokesman told reporters.