A Palestinian father asks Israel to destroy homes of Jewish killers | Middle East| News and analysis of events in the Arab world | DW | 14.07.2016 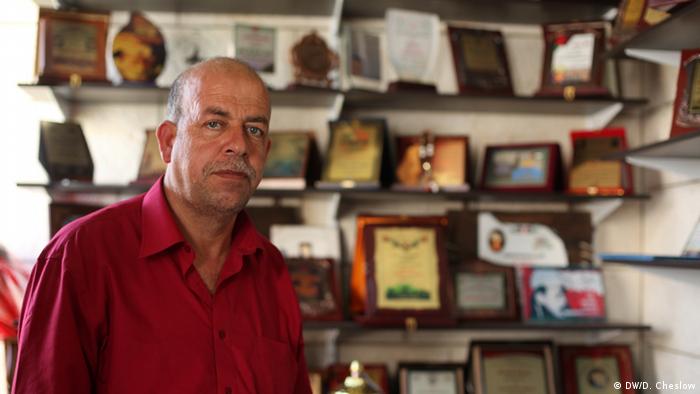 Abu Khdeir spoke to DW in his home in the Shuafat neighborhood in east Jerusalem. His anteroom was filled with photographs of his son Mohammed, who was 16 when Jewish extremists abducted him in July 2014. The assailants, Yossef Haim Ben David and two minors, drove Abu Khdeir to a Jerusalem forest and burned him to death.

The grisly killing triggered outrage in Israel and was part of a chain of events leading to the Gaza war later that summer.

For Hussein Abu Khdeir, it was the start of a saga that has thrust him onto the national stage.

"I don't want another Palestinian child to burn like Mohammed," he said. "Mohammed burned once. We burn every day." 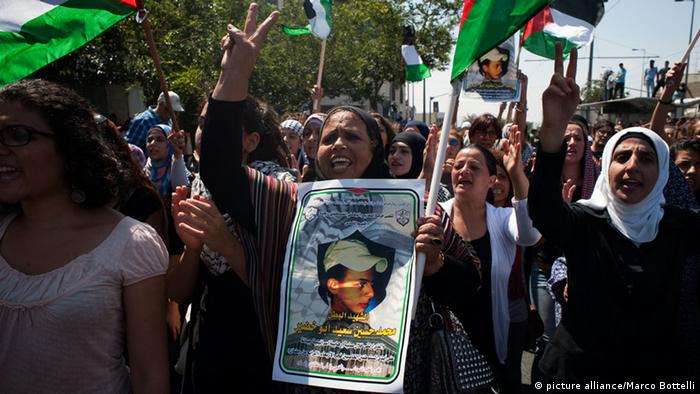 Mohammed's killing caused outrage among both Israelis and Palestinians

Within days, Israeli authorities apprehended the three suspects, who said they carried out their crime to avenge the abduction and murder of three Israeli teens by Palestinian terrorists. The Israelis were convicted, and they were sentenced to long jail terms this year.

Days after the sentencing of the main suspect, Ben David, in May 2016, Abu Khdeir appealed to then-defense minister Moshe Yaalon to demand the state demolish the homes of all three Israeli perpetrators "to reduce the phenomenon of terrorism against innocent citizens."

The defense minister's office declined to demolish the homes of the Jewish assailants, saying the case of Jewish extremism was exceptional and did not enjoy support of Israeli society. By contrast, demolishing homes of Palestinian assailants served as a deterrent because terrorist acts are widely supported by Palestinian society, according to the office of the minister. With that logic, Israeli forces demolished or sealed the homes of Marwan Qawasmeh, Amer Abu Aisheh and Hossam Qawasmeh, believed to have planned and carried out the abductions of the three Israeli teens.

Abu Khdeir's attorney Mohannad Gbara is now suing the defense minister in Israel's Supreme Court. He says Jewish terrorism is on the rise and requires harsher tactics. Gbara named a 2015 attack by Jewish arsonists on a home in the Palestinian village of Duma, which killed a toddler and his parents.

"I think if they don't destroy their houses, this is not a democratic state. It's a state of apartheid, a racist state you cannot live in," Abu Khdeir said.

The Ministry of Defense wrote to DW that Israel has discussed the demolition of houses of Jewish terrorists over the years. The ministry quoted a court case against the demolition of the homes of the Qawasmehs and Abu Aisheh, in which the court found that the murder of Abu Khdeir was "exceedingly exceptional" and said that comparing Abu Khdeir's killers to Palestinian assailants creates "artificial symmetry."

An attorney representing Ben David declined to comment on the case. 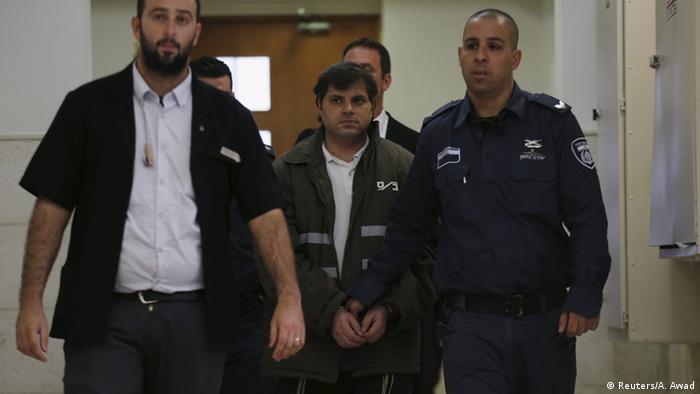 Legal expert Avi Bell at Bar-Ilan University said Israeli law permits the demolition of the homes of Jewish attackers, but doubted the case would succeed. The Abu Khdeir family would have to prove that the defense ministry made "an unreasonable judgment about deterrence" - which would be nearly impossible to prove, he said.

Israeli authorities have debated the effectiveness of demolitions over the years, Bell said. In 2005, the military concluded that home demolitions did not deter attacks. In 2014, the military said the opposite was true in light of increased Palestinian violence.

Abu Khdeir says if his lawsuit fails, he will take his case to the International Court of Justice at The Hague and sue Israel via the Palestinian Authority. Bell doubted that would yield a result. He said the ICJ requires the consent of both states to issue a ruling.

Abu Khdeir, 51, is an unlikely candidate for challenging the state. An electrician by trade, he kept the lights on in 16 operating rooms in the Hadassah Ein Karem hospital in west Jerusalem. Today he runs an electrical hardware shop steps from his home in Shuafat, and said he has many Jewish clients. He frequently gives interviews to the Israeli press in Hebrew, which he speaks fluently. His son Mohammed, the fifth of seven children, was on a path to follow him, and often accompanied him on electrical jobs.

Yet Mohammed's murder has consumed and embittered Hussein Abu Khdeir. He went to 38 hearings in the criminal trial against his son's killers, he said. The criminals who killed his son were Nazis, he said, and added that "the Israelis learned from Germany to burn Palestinians." He offered a reporter baklava given to him by Palestinian Authority President Mahmoud Abbas, and then said Abbas was "a friend of Israel," and not a leader of the Palestinian people. Abu Khdeir said he also plans to sue the Israeli police for negligent behavior in the investigation and Israeli Channel 10 TV for circulating unfounded rumors that his son was targeted for being gay or because of family disputes. 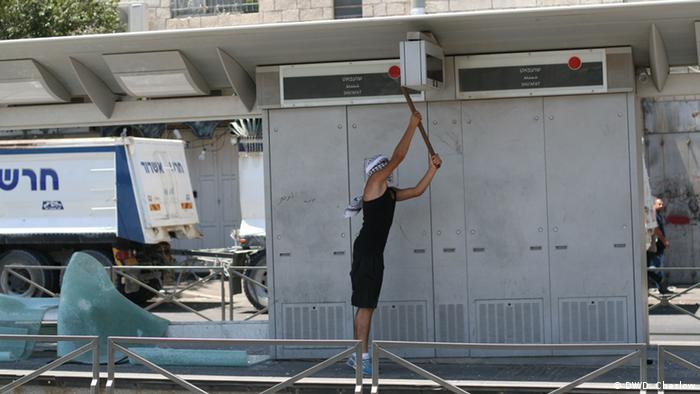 Abu Khdeir pointed to the Jerusalem light rail, which stops just outside his home. The neighborhood was peaceful before Mohammed was murdered, he said. After the attack Palestinian rioters hacked apart the ticket machines and destroyed the rail lines. The train line has been restored, but the ticket machines are still broken and Palestinians continue to frequently stone the passing silver cars.

Like the train, Abu Khdeir has found it impossible to return to the life he had before the killing of his son.

"I'm an electrician. I have no connection with politics. But the death of Mohammed brought us into this," he said. "I want that what they do to Arabs, they should do to the Jews."

Who is Hamas? Who supports Hamas? What you need to know