US charges 4 Iranians with plot to kidnap journalist

The suspected members of Iranian intelligence allegedly planned to "forcibly take" a US journalist and human rights activist from New York to Iran. 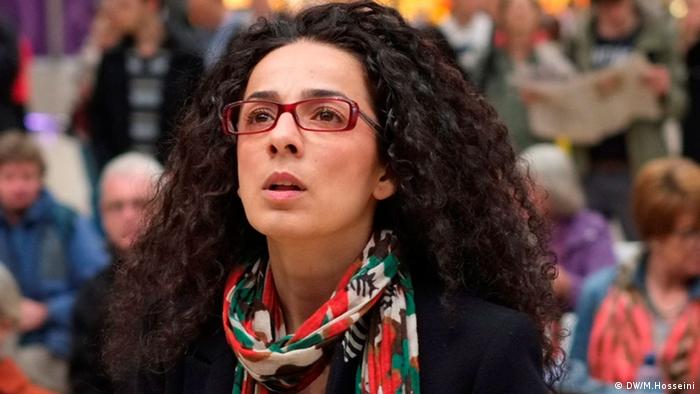 The indictment against the four Iranians also alleges that the plot was part of a broader plan to lure three individuals in Canada, and another in the United Kingdom, to Iran. Individuals were also targeted in the United Arab Emirates, authorities confirmed.

The identities of the alleged victims were not released but Brooklyn-based Masih Alinejad confirmed that authorities had told her she was among the targeted victims.

"I knew that this is the nature of the Islamic Republic, you know, kidnapping people, arresting people, torturing people, killing people," she told the Associated Press. "But I couldn't believe it that this is going to happen to me in the United States of America."

"Four of the defendants monitored and planned to ... forcibly take their intended victim to Iran, where the victim's fate would have been uncertain at best," said US Attorney Audrey Strauss for the Southern District of New York.

All of the potential kidnapping victims were critical of Iran.

"Every person in the United States must be free from harassment, threats and physical harm by foreign powers," said Acting US Assistant Attorney General Mark J. Lesko. "Through this indictment, we bring to light one such pernicious plot to harm an American citizen who was exercising their First Amendment rights, and we commit ourselves to bring the defendants to justice."

The state of US-Iran relations

Relations between the US and Iran have been strained since all formal diplomacy ended between the two countries in 1980, in the wake of the revolution in the Islamic Republic the year before.

But those relations deteriorated further during the Donald Trump presidency.

A 2015 deal aimed at curbing Iran's nuclear capabilities in return for an easing of sanctions has been looking increasingly vulnerable since the Trump administration withdrew from it in 2018.

US forces, allies face rocket attacks in Iraq and Syria

A number of rocket attacks have been carried out against US military and diplomatic targets. According to the extremist monitoring group SITE, they were carried out by pro-Iranian militias.

Can drone warfare in the Middle East be controlled?

Drone attacks are causing a crisis in the Mideast and experts are calling for a better regulatory regime. But would more rules even have an impact in the region?