US cardinal resigns amid accusations of church sex abuse cover-up

Cardinal Donald Wuerl has stepped down from his post as the archbishop of Washington DC. The embattled cardinal faced growing calls to resign after he was accused of covering up sexual abuse in the US Catholic Church. 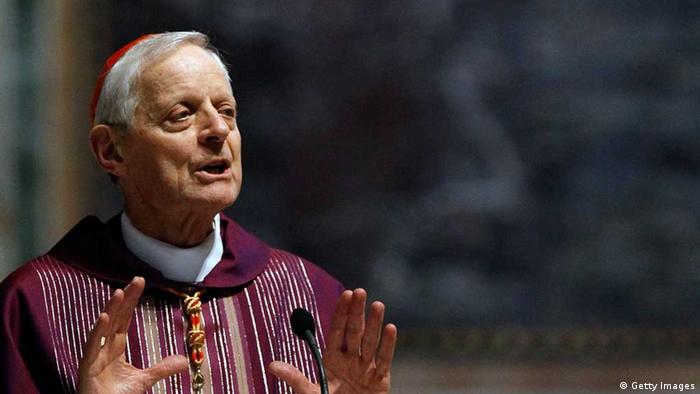 Cardinal Donald Wuerl became the most prominent leader in the US Catholic Church to resign amid an ongoing scandal concerning sexual abuse by clergy and a massive cover-up by church leaders.

Pope Francis accepted the Wuerl's request to step down from his post as the archbishop of Washington DC, the Vatican announced on Friday. As no replacement has yet been named, Wuerl will remain in his post in a temporary capacity until a new archbishop is found.

He will reportedly retain his title as cardinal.

Wuerl has faced increasing pressure to resign ever since the publication of a grand jury report on abuses committed by priests in the US state of Pennsylvania. The report accused the 77-year-old of helping to protect several child-molesting priests during his time as the bishop of Pittsburgh from 1988 to 2006.

The grand jury report found that 1,000 people — most of them children — had been abused by 301 clergymen over the course of 70 years in six diocese in Pennsylvania.

Wuerl is also accused of knowing about sexual misconduct by his predecessor in Washington DC, ex-cardinal Theodore McCarrick.

McCarrick is accused of forcing male seminarians to have sex with him and became the first cardinal in almost a century to be stripped of his cardinal title.

In a report released in September,Germany's Catholic church also revealed that priests had abused thousands of children over several decades.

Father Fernando Karadima, who was at the center of a child sexual abuse scandal during the 1980s and 1990s, has been stripped of his duties by the pope. Karadima had been found guilty in 2011 of abusing teenage boys. (28.09.2018)