US arrests Chinese national for spying on engineers, scientists

A Chinese man has been arrested for allegedly helping Chinese intelligence attempt to recruit American scientists and engineers. Seven of the eight people allegedly targeted work or had worked for US defense contractors. 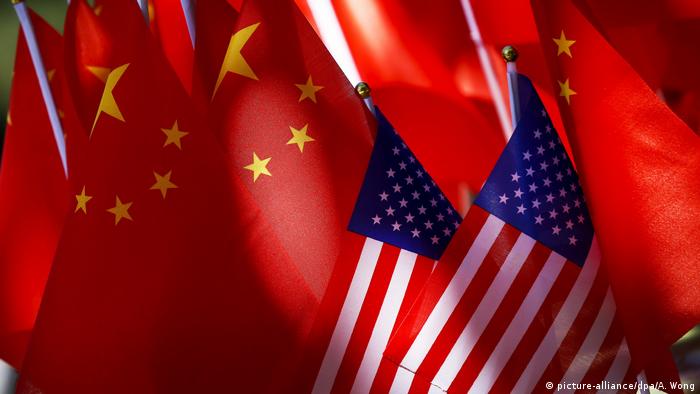 US authorities have arrested a Chinese citizen for allegedly spying on US engineers and scientists, the Justice Department said Tuesday.

In a statement, the Justice Department said Ji Chaoqun had been charged with one count of knowingly acting as an agent of a foreign government in the US without having notified the attorney general.

Ji, 27, first came to the US in 2013 to study electrical engineering at the Illinois Institute of Technology, and in 2016 enlisted in the US Army Reserves.

Text messages reviewed by the FBI showed that in November 2013 Ji was introduced to an intelligence officer from China's Jiangsu Province Ministry of State Security.

The complaint and affidavit filed by the FBI alleges they later met on several occasions in China, and that the intelligence official had initially told Ji he was a university professor.

The Justice Department said all of them work for, or had retired from, jobs in the science and technology sectors, and that seven of the eight either work or had worked for US defense contractors.

The complaint against Ji also alleges that during his application to participate in the US Army Reserves program he denied having had contact with a foreign government within the last seven years, and in a later interview with a US Army officer he again failed to disclose the information.

Ji made his first appearance in federal court in Chicago on Tuesday where he asked, via a lawyer, that the Chinese consulate be notified about his arrest. The charge against him carries a maximum sentence of 10 years in prison.

Chinese spies have attempted to bribe German MPs for information, according to a newspaper report. Chinese agents would use fake profiles to try to get MPs to give insider information for money. (06.07.2018)

Russia and China are forming closer economic and strategic relations in the face of increasing pressure from Washington. Although a Sino-Russian bloc sounds ominous to the West, there are big obstacles to an alliance. (14.09.2018)

Russian arrested in Norway for spying

An IT specialist for Russia's parliament has been detained over suspicious behavior at a European political conference. The man is being held pending trial due to concerns he may destroy evidence. (24.09.2018)