US and Germany: How to deal with the last Holocaust perpetrators | Germany | News and in-depth reporting from Berlin and beyond | DW | 03.04.2021

US and Germany: How to deal with the last Holocaust perpetrators 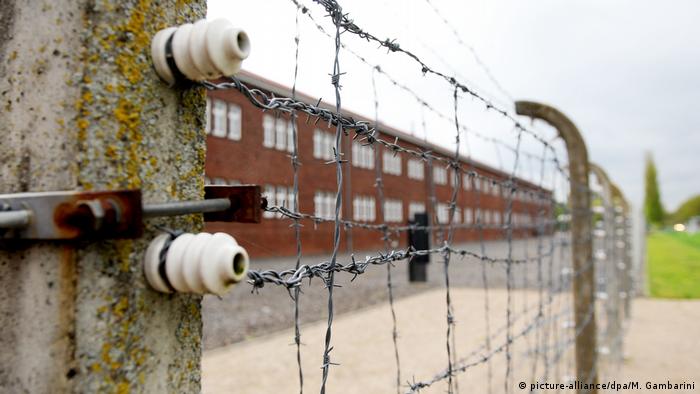 Karl Friedrich B. was a guard at Neuengamme camp, which is now a memorial

Ninety-five-year-old Friedrich Karl B. has escaped trial in Germany. On February 20, the former concentration camp guard was extradited from Tennessee to Frankfurt after a US court found him to be a Holocaust perpetrator.

B. had admitted to having served as a camp guard, but he told a US immigration court in 2020 that he hadn't seen any prisoners abused, hadn't known of any deaths among the inmates and had not been posted to guard the evacuation marches of the camp.

Since there are no surviving witnesses to give testimony, when B. announced that he was unwilling to be questioned again, on March 31, prosecutors in Celle, central Germany, declared that their investigation was over: There was no new evidence, and that was that.

B., who had been living in the US since 1959, is now likely to spend the rest of his life in Germany.

Christoph Heubner, executive vice-president of the International Auschwitz Committee in Berlin, finds it "strange" that the US and German judicial systems have such different interpretations of the case: "If the Americans are sending people back the German prosecutors have a duty to clear that up," he told DW.

But the German authorities' reluctance to confront the case is not unusual: In the last four decades, the US has deported 70 aging Nazi perpetrators to Germany, and the vast majority have never faced a German court.

Many, such as the Polish-born Jakiw Palij, a 95-year-old SS collaborator who was deported from his home in New York to Germany in 2018 after a long diplomatic battle over where he should be sent, simply end up living out their final days in a care home at the expense of the national insurance system.

The relevant US law, a 1978 immigration law amendment, rules that anyone found to have participated in Nazi "persecution" can be removed from the US — though of course only if another country is prepared to take them in.

But Germany has no law specifically covering participating in the Holocaust. Decades after the war, ex-Nazis can only be tried for murder or accessory to murder. The statute of limitations on all other relevant crimes — rape, kidnapping, torture, manslaughter — have long since expired. And finding proof for specific crimes is hard.

No Pardon for Nazi Perpetrators – The Tireless Investigators in Ludwigsburg (13.11.2008) People & Politics

Thomas Walther knows this only too well. The 77-year-old lawyer and former judge has played one of the leading roles in investigating and prosecuting former Nazis in Germany over the last 20 years, often struggling to explain the vagaries of German law to the Holocaust survivors he has represented.

"In a US immigration court, it's enough to conclude that the suspect is lying," he told DW. "That he was keeping his Nazi past secret, and that he served in some concentration camp, whichever one it was and whatever actually happened there," he said.

In Germany, prosecutors need evidence of a specific crime to have any hope of making a charge stick — and for that the crime scene has to be established. "You have to prove he was [a guard] in camp X and not in camp Y," said Walther. "It's only when I have a crime scene that I can determine what the principal crime was — the murder of specific people, for example. And then you have to answer the question: In what way did the accused commit accessory to murder?" 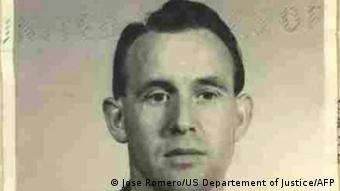 Friedrich Karl B. is a former Nazi concentration camp guard

This makes things very difficult for prosecutors, especially when — as in the case of Friedrich Karl B. — it comes to clarifying events that took place in the chaos of northern Germany at the end of the war.

The Neuengamme memorial in Hamburg played a significant role here, specifically its chief archivist, Reimer Möller, who sent a list that included B.'s name to Germany's Central Office of the State Justice Administrations for the Investigation of National Socialist crimes in Ludwigsburg. The list was compiled from a set of Nazi personnel cards salvaged from a ship sunk by the Royal Air Force in May 1945.

With this evidence, Möller was able to piece together what is known of B.'s story. In January 1945, B. was a 19-year-old Navy private who the SS drafted to guard two Meppen concentration camps, part of the Neuengamme "system," which comprised more than 80 camps that stretched from Hamburg to the North Sea coast.

B. guarded prisoners on the island of Langeoog, one of the many places where Jews, Danes, Poles, Russians, Italians and other incarcerated people were forced to build gigantic defenses along Germany's northern coast. According to the Neuengamme memorial, hundreds of them died because of inadequate food, clothing, and shelter. A presiding US judge also found that prisoners at the Meppen camps were held in "atrocious" conditions and were worked "to the point of exhaustion and death," but no one can be certain where B. served.

The camps were evacuated in March 1945 — and at least 70 prisoners are known to have died on the subsequent "death marches" from the Meppen camps — but Friedrich Karl B. denies that he guarded the marches, and Möller cannot say for sure that he was one of the Navy soldiers who guarded prisoners during those marches.

#everynamecounts – an international effort of remembrance

That is a familiar problem for Eli Rosenbaum, perhaps the investigator most responsible for tracking down Holocaust perpetrators in the US. For three decades, Rosenbaum has been "hunting Nazis" — as he does not like calling it — first as director of the DOJ's Special Office of Investigations, and now for the last 11 years as director of the DOJ's Human Rights Enforcement Strategy and Policy department.

For Rosenbaum, a lack of political will in Germany has led to much frustration. "The larger problem vis-a-vis the German government over the decades has been that they have typically refused to accept people we wanted to deport for involvement in Nazi crimes," he told DW.

"They normally tell us: Sorry, can't prosecute that case — our policy is to only admit people who we can prosecute," he said. "As a result, a number of Nazi perpetrators have died in the United States even though we won our cases in court here, and proved that they took part in Nazi crimes, but Germany just wouldn't take them."

Rosenbaum has personally interviewed many of the more than 100 Nazi perpetrators that his organization has been responsible for tracking down in that time.

"In some respects, the later the cases are brought, the more powerful the message," he said. "If you dare to act on orders to commit such crimes ... there is a real chance that what remains of the civilized world will pursue you for as long as it takes," he said.

For Rosenbaum, there is no reason why nonagenarians should not be brought to justice, however minor their role in the Holocaust might have been. "I'm not in the habit of ranking them," he said. "To the individual victim, this was the most important perpetrator. All of these cases send a crucial message, and in some respects, the later the cases are brought, the more powerful the message."

That message is simple, he said, and it's directed at would-be participants in future atrocities: Those acts won't be forgotten.

Former Nazi charged in 3,518 counts of accessory to murder

A 100-year-old German man stands accused for his role as a guard at the Sachsenhausen concentration camp. More than 100,000 people were killed at the camp during World War II.

Ex-SS guard, 94, testifies at trial in Münster to express regret

The 94-year-old, on trial for crimes committed while he was a guard at the Nazi Stutthof camp near Gdansk, voiced regret but denied knowledge of killings. He claimed he had no choice, and was never a Nazi.