Jakiw Palij was deported to Germany from the USA in 2017. He emigrated to the US in 1949 and was naturalized in 1957, but he was stripped of his citizenship after it was discovered that he had lied about his Nazi past. 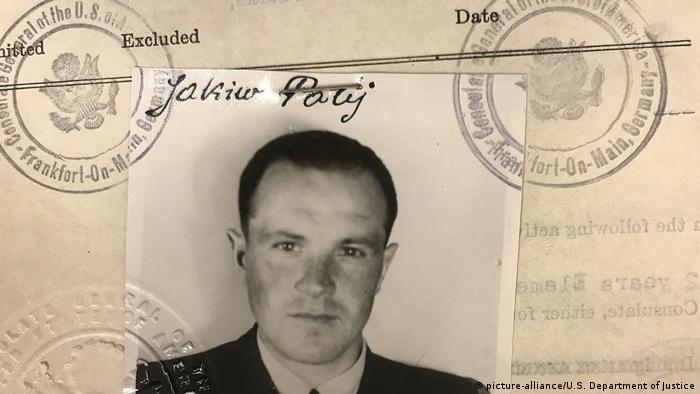 Jakiw Palij, a 95-year-old former Nazi, died in a German nursing home on Thursday. Palij was an ethnic Ukrainian, born in a region that belonged to Poland at the time and is today part of Ukraine.

Stateless at the time of his death, Palij had emigrated to the US in 1949 under the Displaced Persons Act, which was designed to help refugees, and received US citizenship in 1957. He lived a quiet and unassuming life in New York for decades.

When it was discovered that he had lied about his Nazi past to US authorities he was stripped of his citizenship in 2003. He was deported to Germany under the Trump administration in August 2017. US Ambassador to Germany Richard Grenell was instrumental in lobbying Germany to take him.

According to US information, Palij was an armed guard at the Nazi forced labor and SS training camp Trawniki in occupied Poland. Palij himself said that he had been recruited by the Nazis in 1943, when he was 19. He claimed that he had only patrolled streets and bridges at night and was not involved in atrocities.

Although he was of interest to both Polish and German authorities, neither was able to find any evidence convincing enough to put him on trial for involvement in Nazi war crimes. An investigation by state prosecutors in the southern German city of Würzburg was closed in 2016, after investigators determined that he had, "neither directly or personally participated nor assisted in any homicides."