The United States deported the 95-year-old German man last month, but prosecutors in Germany have not found sufficient evidence to prosecute him. 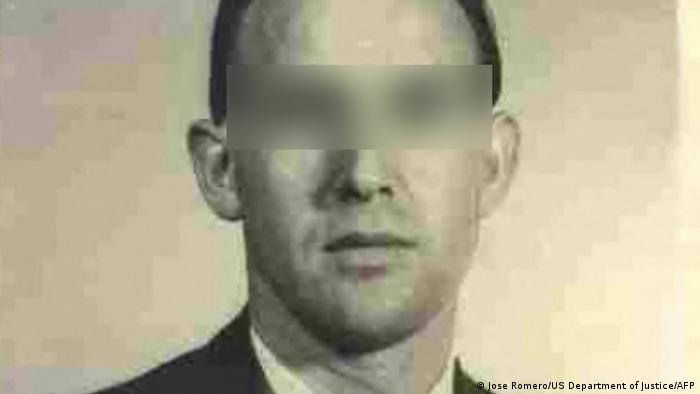 Friedrich Karl B. lived in the US state of Tennessee since 1959 and until his deportation

German prosecutors said on Wednesday that they closed an investigation of a 95-year-old former Nazi concentration camp guard who was deported from the United States.

Last month, Friedrich Karl B. arrived on a medical transport plane at Frankfurt Airport after a US court ordered his expulsion over alleged compliance with Nazi-sponsored persecution in 1945.

Upon his arrival, prosecutors in the northern town of Celle said he was willing to be questioned with a defense lawyer present. They had previously halted a probe of the same man citing a lack of evidence.

Why is Germany dropping the probe?

Prosecutors said they closed the case against Friedrich again "after exhausting all evidence," citing a lack of sufficient grounds for suspicion.

Celle's public prosecutors had begun the investigation in September but suspended it three months later, saying the evidence had "not linked the man to a concrete act of killing."

According to US officials, Friedrich had confessed to having guarded prisoners for a period spanning just a few weeks late in the war at the Neuengamme concentration camp in northern Germany.

He said he had no part in abuse at the camp or the so-called "death marches" in 1945, when prisoners were forced to march deeper into German territory to escape the advancing Allied forces, often dying or being killed on the way.

Why did the US deport him after Germany first closed the case?

A US judge had concluded that Friedrich contributed to Nazi-sponsored persecution through his "willing service as an armed guard of prisoners at a concentration camp where persecution took place."

The court said prisoners at the Neuengamme facility endured "horrible conditions" in the winter of 1944/1945, leading to the death of 70 prisoners "under inhumane conditions."

A US immigration official said Friedrich had been an "active participant in one of the darkest chapters in human history," adding that the United States did not offer protection to "war criminals."

Germany has charged several former Nazis in recent years. Last month, a 100-year-old German man was charged with being an accessory to 3,518 murders at the Sachsenhausen concentration camp.

Editor's note: Deutsche Welle follows the German press code, which stresses the importance of protecting the privacy of suspected criminals or victims and encourages us to refrain from revealing full names in such cases.