US and China trade barbs as Alaska talks kick off 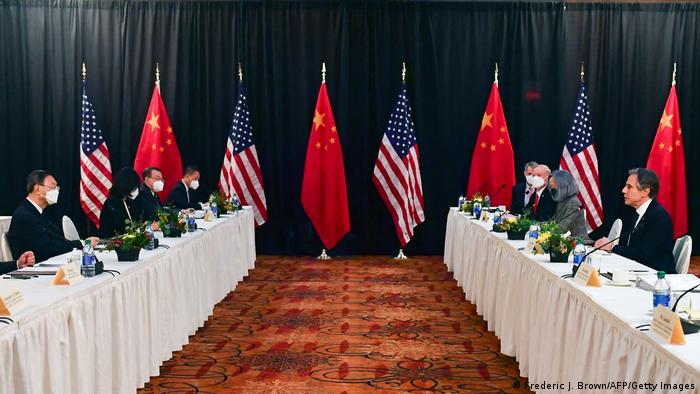 Plenty divided the two sides in the talks, not just the seating plan

The US and China traded barbs on Thursday as top diplomats from both countries lashed out at each other in a rare public exchange.

But the meeting departed from traditional diplomatic niceties early on.

Blinken said the Biden administration would raise its "deep concerns" about some of Beijing's actions at home and abroad, including its treatment of Uighur Muslims in Xinjiang.

"Each of these actions threaten the rules-based order that maintains global stability," Blinken said

But Yang hit back, telling the US to end its "Cold War mentality" in its approach towards China.

He added that the United States "abuses so-called notions of national security to obstruct normal trade exchanges, and incite some countries to attack China."

Yang said that "China is firmly opposed to US interference in China's internal affairs" — Beijing's stock response to criticisms of its approach in Xinjiang, Hong Kong or vis-a-vis Taiwan. 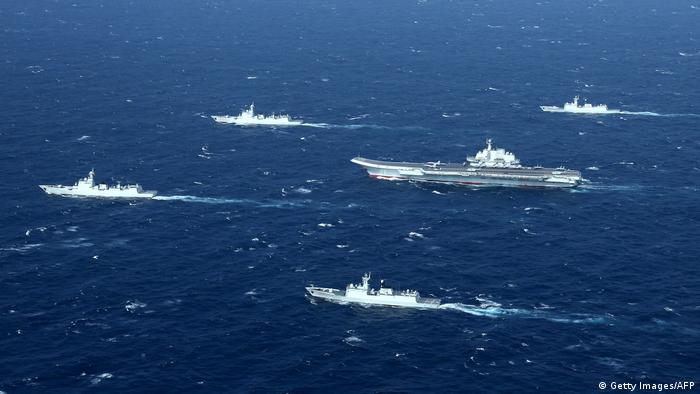 China has expanded its military presence in the South China Sea

A senior US officlal was quoted by the Reuters news agency as saying the Chinese were "intent on grandstanding, focused on public theatrics and dramatics over substance."

The crackdown in Hong Kong, the ramped-up rhetoric against Taiwan and actions in the South China Sea are policies that the U.S finds objectionable, applying bipartisan pressure ever since the Obama administration.

US President Joe Biden suggested he might soften Trump's sometimes overt hostility China, but has yet to countermand a single one of Trump's policies.

Prior to the talks, Blinken had been on a tour of US allies in Asia on difficult terms with Beijing. The US and Japan issued a joint statement criticizing  China's "coercion and aggression" in Asia. While in Seoul, Blinken had urged China to pressure North Korea to abandon its nuclear ambitions, saying Beijing had a "clear self-interest" in doing so.

Wang Huiyao, government advisor and President of the Beijing-based think-tank Center for China and Globalization spoke to DW about the difficult re-start of relations between the two countries.

Chinese delegates travelled "all the way" to US territory only to be met with "very open criticism and attacks," that they had to defend themselves against, Wang said.

Chinese delegates had expected a "normal dialogue" where both sides would solve disagreements, he added.

The case of Hong Kong does not go against a statement from China's foreign affairs chief Yang Jiechi's that China stands for values of freedom and democracy, among other things, Wang said.

Wang maintained that Hong Kong is "a consultative democracy. It's a different form of democracy."

On the issue of the South China Sea, Wang told DW that China was: "not like Iraq, Iran or Syria or Afghanistan. China is basically a very peaceful country." It did not need US intervention, he added.

Beijing has called for a reset to ties, now at their lowest in decades. But recent developments were making the conversations tough.

The US rolled out several measures targeting China on the eve of the talks, most notably fresh sanctions tied to Beijing's handling of Hong Kong.

China is set to begin the trial of two Canadians, detained in 2018 on spying charges after Canadian police detained Meng Wanzhou, the chief financial officer of telecoms equipment company Huawei Technologies on a US warrant.

The foreign ministry claimed that the timing had nothing to do with the Anchorage talks.

According to the UN more than 1 million Uighurs, a Muslim minority in the country, are held in internment camps in the Xinjiang region. The largest group representing exiled Uighurs has written to Blinken urging him to demand Beijing close the camps.