After weeks of speculation, Richard Grenell has officially stepped down from his post as the US ambassador to Germany. A staunch ally of President Trump, Grenell was known for his combative diplomatic style in Germany. 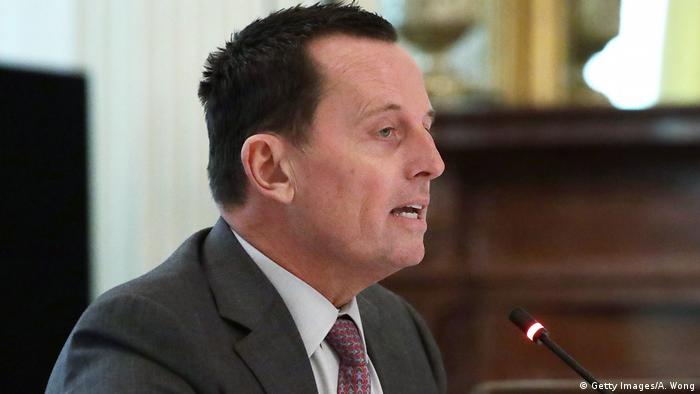 The United State's ambassador to Germany, Richard Grenell, resigned from his post after just over two years on the job, an embassy spokesman confirmed on Tuesday.

"Ambassador Grenell resigned from his post and the State Department on June 1," the spokesperson said.

Robin Quinville, deputy chief of mission at the embassy, will take over as Charge d'Affaires until a new ambassador is confirmed.

Grenell announced his resignation from the US State Department in a post on Instagram with US President Donald Trump giving him "a Cabinet chair" as a goodbye present.

The announcement follows weeks of speculation that Grenell would give up his diplomatic post. In February, Trump named Grenell as the acting director of national intelligence, replacing incumbent Joseph Maguire.

In his short tenure as ambassador, Grenell became infamous for his combative, critical and, at times, non-cooperative diplomatic style.

Grenell frequently echoed the president's repeated criticism of Germany's defense spending as well as Germany's involvement in the NordStream 2 gas pipeline project with Russia, the Iran nuclear deal and the possible use of Huawei technology in Germany's new 5G network.

The US ambassador to Germany, Richard Grenell, is rumored to be leaving Berlin after two years on the job. A staunch Trump ally, Grenell made very few friends in the political establishment. (24.05.2020)