The desert region just north of the US-Mexican border has become a deadly proving ground for immigrants in search of a better life. DW profiles one activist who is working to make the region a little more humane. 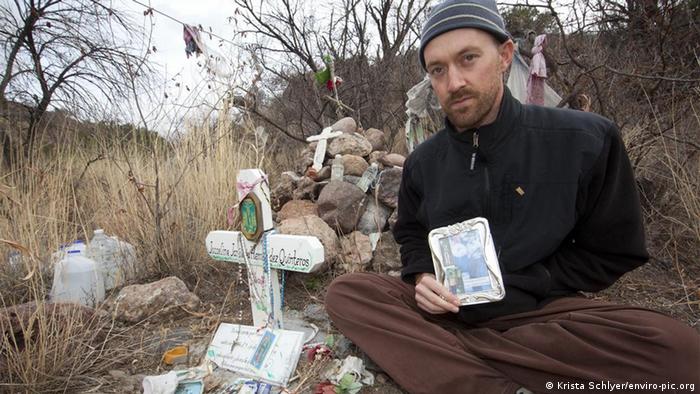 Dan Millis was in an Arizona canyon putting out a box of aid supplies when he stumbled across the body of Josseline Hernandez. The 14-year-old girl from El Salvador, like thousands before her, had died on the perilous journey from the Mexican border into the US in search of a better life.

What was in the box could have saved her. Along with first-aid supplies and food, the box contained life-saving fluids - Josseline had likely died after getting sick from drinking impure water.

So when federal agents ticketed Millis for littering as he was putting out jugs of water for migrants two days later, he decided to fight the charges.

"I'm not going to say, yes, I'm guilty of littering by putting out this life-saving water," Millis told DW. 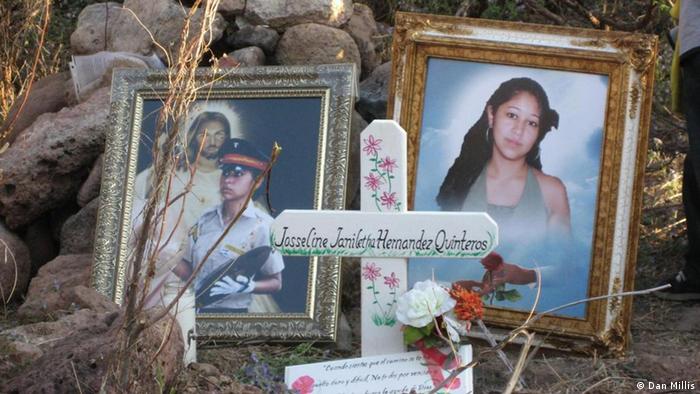 Josseline Jamileth Hernandez Quinteros, a 14-year-old immigrant from El Salvador, died crossing the border with her younger brother while trying to meet up with her mother in California

His case went all to the way to the 9th US Circuit Court of Appeals - just below the US Supreme Court - which ruled that bottles of water knowingly set out for migrants cannot be considered waste. That victory put an end to that particular tack of the US government's legal action against humanitarian aid providers.

In previous years, the federal government also prosecuted border activists who had tried to evacuate migrants in medical distress. A federal judge ruled in 2006 that authorities were not justified in arresting two volunteers on these charges the year prior.

The appellate court that ruled for Millis, pointed out that the federal government could continue to charge activists under other statutes.

But since the 2008 citations, the government seems to have backed off from prosecuting humanitarian activists. And after constructing some of the most expensive miles of the border barrier in a California wilderness area in 2008 and 2009, it's also put a hold on expansion of the wall. About a third of the 2,000-mile (3,220-kilometer) border is currently fenced. 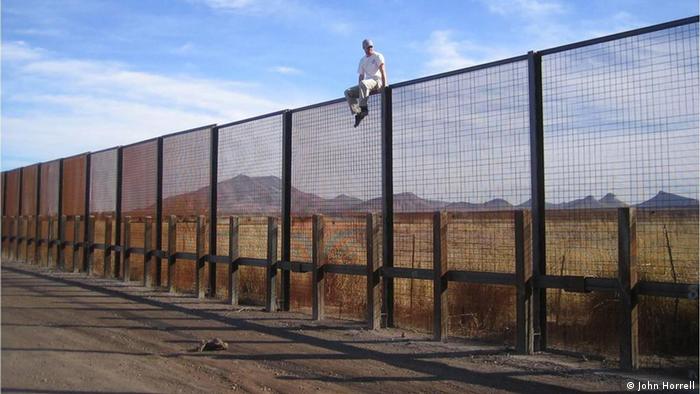 Dan Millis atop the border barrier. Activists question the cost-benefit relationship of the barrier, the construction of which averaged about $2.8 million per mile (1.3 million euros per kilometer) as of 2008

Migrants continue to die - nearly 5,000 immigrants lost their lives trying to cross the border illegally between 1994 and 2007, a Mexican human rights commission estimated.

"The wall doesn't stop people…People go around these militarized zones, and they end up in the deserts," Millis said. Which is why he's made it his mission to stop the build-up.

Millis said studying abroad in Chile was a watershed experience for him. A focus on Latino studies turned him on to the struggles of those in Central and South America, while seeing the perspective of people who had lived under the Chilean dictatorship helped politicize him.

Back in the US and working as a teacher, Millis got involved with No More Deaths, a Tucson-based humanitarian group, while looking for community service projects for his students. Millis ended up volunteering with the group for three years, providing aid for migrants in the desert.

"The people you come across are in really bad shape, and they need help," he said. Getting to know them "is a humbling experience."

"These people go through hell, but they're still in pretty good spirits," Millis added.

He recounts numerous stories of migrants committing selfless acts on the border trails.

"The people I've met have been pretty inspirational…they do what they have to, to survive, and many are doing so with remarkable honor," Millis said.

"The migrants are my heroes."

Millis sees himself as a regular guy who happened to be exposed to certain issues, and started using his privileged position to help others. But activism is also a struggle, he said.

Millis said he feels a lot of responsibility to work hard and to do a good job. "Because if not, we're going to have more walls and militarization on the border, and as a result, more dead little girls," he said.

The ticket, Millis said, was "a gift," since it allowed him to bring attention to what he described as the "injustice and oppression that's happening on this border between the First and Third worlds."

And, he added, the struggle of activism also comes with rewards.

"The reward for me is being that bridge person. Why build walls, when you can build bridges?"

After winning the court case, Millis shifted his focus from desert aid to environmental issues. He currently works for the Sierra Club, the largest and oldest environmental organization in the US. 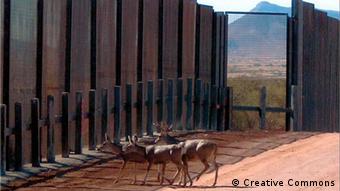 The border barrier halts the migration of wildlife, among other environmental impacts

He describes the position as unique, since he's the only full-time border organizer for any environmental group in the US. "It's experimental, we have a lot of freedom and innovation," Millis explained.

Now Millis is organizing to halt further security build-up on the border and expansion of the barrier, including on the northern US border with Canada.

The border wall has numerous environmental impacts, including blocking the migration of wildlife, and causing problems with flooding and erosion.

"It's about making sure the disempowered have somebody trying to look out for their interests," Millis said.

In the run-up to the April election, President Nicolas Sarkozy has threatened to pull France out of Europe’s border-free Schengen area, putting passport-free travel in Europe at risk. (14.03.2012)

Italy told not to send back intercepted refugees

The European Court for Human Rights has told Italy it did not have the right to send a group of refugees straight back to Africa. Experts are now calling for clear border patrol rules for the EU. (24.02.2012)

Find out more from a humanitarian group trying to stop desert deaths.