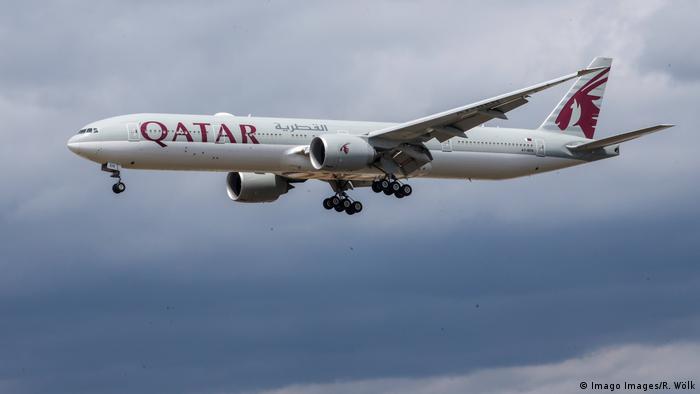 The UN's top court has sided with Qatar in a legal battle with several Gulf states over an air blockade targeting Doha.

Saudi Arabia, the United Arab Emirates (UAE), Bahrain and Egypt on Tuesday lost an appeal at the International Court of Justice to stop complaints by Qatar over sovereign airspace being heard by the UN's civil aviation body.

The ICJ affirmed the competence of the International Civil Aviation Organization (ICAO) to adjudicate in the dispute, which has seen the four countries bar their airspace to Qatari planes.

The four had called into question the ICAO's right of jurisdiction in the row, which it asserted in a ruling in June 2018. They claimed that the issues went beyond civil aviation.

Qatar says the air blockades violate the Convention on International Civil Aviation, created in 1944, which allows planes to fly into foreign airspace.

"We welcome today's decision by the ICJ that will see the blockading states finally face justice for violating international aviation rules," Qatar's minister of transport and communications, Jassim Saif Ahmed al-Sulaiti, said in a statement seen by AFP news agency.

The blockades were imposed in 2017 as part of a boycott of Qatar by the four nations over accusations that Doha was supporting the political Islamist movement of the Muslim Brotherhood. The anti-Qatar bloc, particularly Egypt, consider the Brotherhood terrorist organization.

The coalition also wants Qatar to reduce its diplomatic relations with Iran, Saudi Arabia's archrival in the region.

Qatar has repeatedly denied all allegations that it has supported terrorism and violated regional diplomatic agreements.

The boycott has seen Doha increase its reliance on Iran and Turkey, with Tehran allowing Qatar access through Iranian airspace.

The US, which has military bases in the region, has pushed for a solution over the rift among the Gulf states.

Diplomats and Gulf sources told Reuters that Washington has been trying to convince Saudi Arabia and its allies to reopen their air space to Qatar — but that mediation efforts since the start of 2020 have been unsuccessful thus far.

The resumption of direct flights between Doha and Riyadh for the first time since 2017 is the latest step towards ending a multi-year rift between the two Gulf states.