The Japanese clothing brand pulled an ad over accusations that it mocks South Korean victims of forced labor during WWII. A parody featuring a 90-year-old former laborer has gone viral. 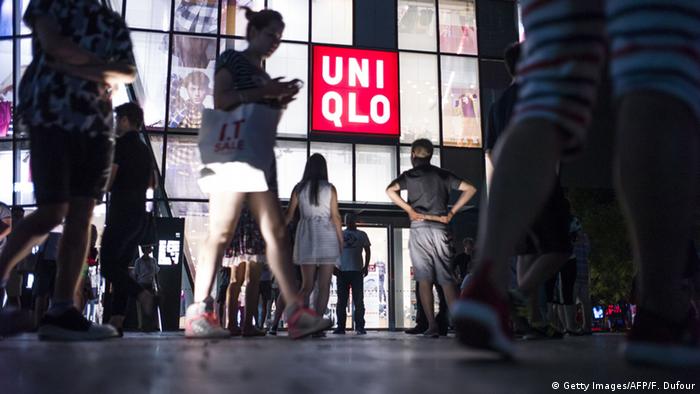 Japanese clothing brand Uniqlo pulled an ad in South Korea after it sparked boycotts and protests. South Koreans say the commercial takes a jab at Koreans forced to work as laborers during World War II.

In South Korea, however, the commercial ran with translated subtitles that changed the line to: "Gosh! How can I remember something that goes back 80 years?"

South Korea and Japan have a bitter, longstanding feud regarding Japan's brutal colonization of the Korean Peninsula from 1910 to 1945. During World War II, many Koreans were forced laborers for the Japanese, working in factories or, many of the women, as "comfort women" in wartime brothels for Japanese soldiers.

South Koreans still look on the period with deep resentment towards Japan.

Uniqlo sales have taken a hit in South Korea as customers boycott the chain and demand an apology. At a protest, one sign read, "Colonial rule 80 years ago — we remember!"

A parody video of the ad has gone viral. In the video, South Korean student Youn Dong-hyeun speaks with 90-year-old Yang Geum-deok, a former forced laborer at Japan's Mitsubishi factory during the war. He asks her how hard it was when she was young.

"It is impossible to ever forget that awfully painful memory," says Yang.

Uniqlo pulled its ad in South Korea on Saturday and said it was never the company's intention to reference "the issue of comfort women or the South Korea-Japan dispute." The translation of the ad took place in South Korea, a Uniqlo spokesperson said.

Tensions between the two countries have intensified over the last year. In 2018, South Korea's top court ordered Japanese industrial companies to compensate wartime forced laborers. Japan then started limiting exports of high-tech materials to South Korea, which responded in kind by boycotting many Japanese products.