Japanese companies plan to build moon colonies | Asia | An in-depth look at news from across the continent | DW | 20.09.2018

In collaboration with NASA, the Japan Aerospace Exploration Agency (JAXA) has announced plans for the construction of the first human colony on the moon, a little more than a decade in the future. Julian Ryall reports. 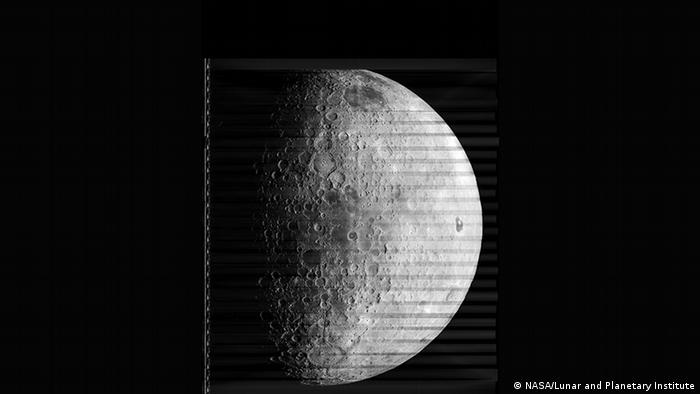 In December, President Donald Trump signed an executive order to send astronauts back to the moon as an initial step towards further exploration of the solar system. The intention is to have Earth's nearest neighbor serve as a stopping-off point for missions further into outer space, although there are also plans to mine resources that are to be found on the surface of the moon.

In 2009, the Japanese space probe Kaguya landed on the moon and detected uranium, thorium, potassium, magnesium, silicon, calcium, titanium and iron in samples. That discovery opened up the possibility of commercial mining operations. The hurdle has always been the creation of colonies on the inhospitable surface of the moon and providing any settlers there with the large quantities of energy required to sustain life.

Read more: Japanese satellite may have spotted largest ever gravity wave on Venus

The Japan Aerospace Exploration Agency (JAXA) is also in the planning stages of further missions to the moon with the goal of determining more accurately the amount of resources that are available.

Some observers say this was prompted by the success of China's Jade Rabbit lunar rover mission in 2013.

Experts believe that there are significant amounts of frozen water and iron on the moon, as well as helium-3 gas, which is only found on the moon and can be used as a fuel to develop nuclear fusion technology.

Before exploration and exploitation of resources can commence on a large scale, however, the infrastructure required to support the moon's human colonists needs to be in place.

"We first started planning for human beings to inhabit the moon as far back as 1987 because we believed that the time would come when people would be living there," said Hideo Imamura, a spokesman for Tokyo-based construction company Shimizu Corp.

The company has three priorities within its space business at the moment, he told DW. One is the construction of launch pads and related infrastructure for rocket launches, including on the moon; the second is the utilization of data from satellites, such as weather information and telecommunications links; and the third pillar is the development of construction techniques and equipment designed to function on the surface of the moon.

Researchers are studying the optimum way to combine the surface soil found on the moon with water taken from melted ice to create a moon concrete. Concrete components can then be combined to create living and working spaces for inhabitants.

Another proposal put forward by Shimizu would solve the well-documented energy problems facing Japan – and ultimately the entire planet – by turning the moon into a colossal solar power plant.

The company wants to lay a belt of solar panels 400 kilometers wide around the equator of the moon and then relay the constant supply of energy to "receiving stations" on Earth by way of lasers or microwave transmission.

Read more: Existence of ice on the Moon confirmed

Energy from the moon

The "Luna Ring" that is being proposed would be capable of sending 13,000 terawatts of power to Earth. In Germany in 2017, 38.4 terawatt-hours of electricity was fed into the national grid form photovoltaic arrays.

"A shift from economical use of limited resources to the unlimited use of clean energy is the ultimate dream of mankind," Shimizu says in the proposal on its website. "The Luna Ring ... translates this dream into reality through ingenious ideas coupled with advanced space technologies."

Kajima Corp. has also been working with JAXA in recent years and is making preparations to send to the moon construction equipment that can be controlled remotely from Earth. Already a major construction firm on this planet, Kajima already deploys remote-controlled trucks and bulldozers on building sites and its experts believe similar technology will work 384,400 kilometers away.

"NASA and JAXA are working very closely together on projects such as these because their interests coincide and the management of commercial enterprises in both countries have quite a bit to offer in this area," Lance Gatling, a space sector analyst and head of Asia-Pacific business for Texas-based Firefly Aerospace, told DW.

"A manned facility on the moon is going to be critical as a gateway for further exploration of the solar system and beyond, a sort of way-station from Earth, and the US policy has been to spur commercial companies to go out and fulfill an increasingly demanding series of requirements that NASA puts forward so they can obtain designated status and be the companies that NASA turns to when it has a task," said Gatling.

The Commercial Lunar Payload Services Program is one component of this, Gatling said, adding that the ultimate aim "is for people travelling to the moon to become commonplace and, after that, for people to live and work there."