After three and a half years of flight, the Hayabusa2 probe will reach the asteroid Ryugu. Its task: Collect asteroid dust. The German landing device MASCOT is also on board. It's due to land on Ryugu in October. 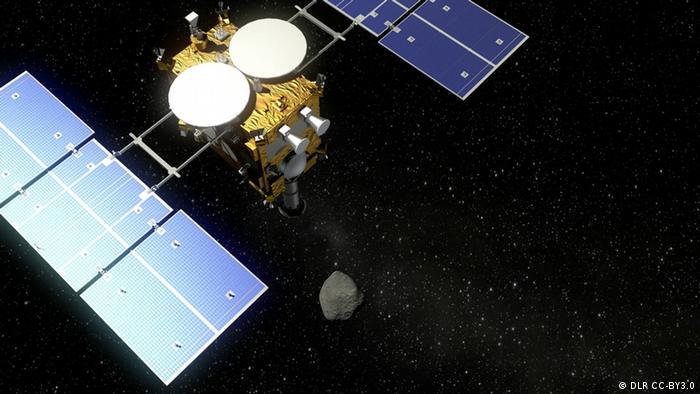 Hayabusa 2, or the "Falcon2," has been on the road for more than three years.

Finally, on Wednesday, June 27, the space probe from the Japanese space agency JAXA arrives at the asteroid "162173 Ryugu." This asteroid, named after a mystical Japanese underwater castle, about 300 million kilometers, or 186 million miles, from Earth.

Asteroids, like comets, are celestial bodies. They allow us to look back into the history of the solar system more than four billion years ago. This makes them interesting for researchers.

But asteroids are also in focus because they are a potential threat to us.

Ryugu's trajectory will remain far from Earth for the next few centuries, but similar asteroids nearer to our planet could one day become dangerous. That's why planetary researchers want to know as much about them as possible. 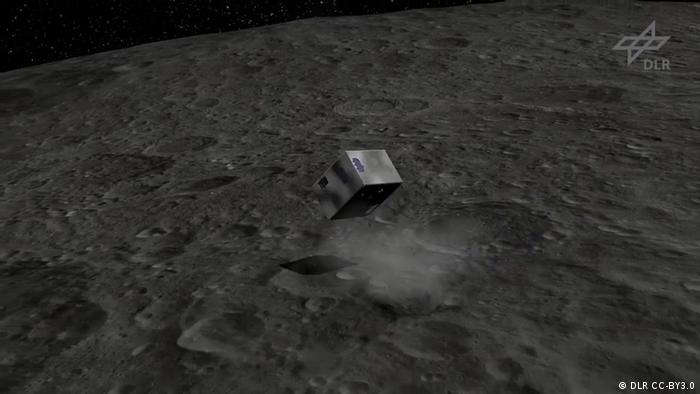 A landing device made in Germany

On board Hayabusa2 is a special little package from Germany: the "Mobile Asteroid Surface Scout" (MASCOT) landing vehicle, built by the German Aerospace Center (DLR) and the French space agency CNES.

The MASCOT scout is equipped with a swinging arm that allows it to jump on the asteroid surface to improve and change its position if it falls unfavorably. It has a camera, a radiometer, a spectral microscope and a magnetometer—and weighs a total of 9.6 kilograms (21 pounds) and measures in at about 30 x 30 centimeters, or 1 square foot.

The components—an orbiter and a lander—at first seem to resemble Rosetta and Philae, which together journeyed to the comet Chury (2004-2016). But only at first glance.

Unlike the Rosetta spacecraft, Hayabusa2, if all goes well, will send a capsule containing rock samples all the way back to Earth.

And Hayabusa2 doesn't just have one lander, but four. In addition to Mascot, three mini landing robots called "Minerva-II" are to be deployed. Their job: to move across the asteroid's surface and examine it.

That said, a lot will first to happen first: Hayabusa2 will orbit the asteroid at a distance of about 20 kilometers, measure it and explore it with its remote sensing instruments for 18 months, or until the end of 2019. During that time its infrared spectrometer will measure the mineral and water content and a thermal imaging camera to investigate the temperature and thermal properties of the asteroid. 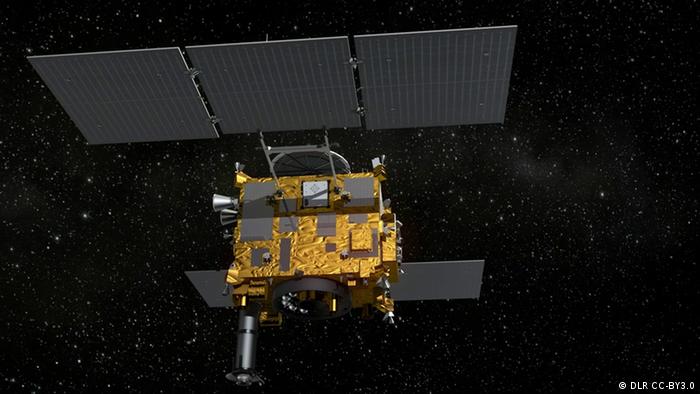 And Hayabusa2 has another special feature to offer: It is to drop a copper body weighing two kilograms onto the asteroid, which the researchers hope will leave an artificial crater. Through him the probe should take a look under the surface of the comet and analyze its inner life.

`Oumuamua: Is that really an asteroid?

A greater challenge for the mission will probably be the minimal gravity of the asteroid. Especially the landing maneuvers of the robots must be initiated carefully. If they fall too quickly, they can bounce off the surface and bounce around uncontrollably.

Collecting asteroid stones and dust and transporting them back to Earth is becoming most complicated. To do this, the spacecraft Hayabusa2 itself must briefly touch Ryugu, collect the asteroid material and lift it off again.

How does asteroid dust get back to Earth?

Hayabusa2 uses a complex mechanism to collect the asteroid material: the probe deposits a cylindrical device on the surface, which - similar to an anti-personell-mine - launches a projectile onto the asteroid on contact with the surface. Then a catcher absorbs the whirled up dust and particles.

There and back again: 7 facts about NASA's 7-year OSIRIS-REx mission to the asteroid Bennu

At the end, the probe packs the captured asteroid particles into a capsule. This is closed and returns together with Hayabusa2 back to earth. If all goes well, it will land by the end of 2020.

In 2010, the Japanese space agency succeeded for the first time in bringing asteroid dust to Earth with the Hayabusa probe. Currently the NASA probe Osiris-REx is on its way to the asteroid 101955 Bennu, also known as 1999RQ. She too is expected to take soil samples and bring them back to Earth in 2023. Bennu is more dangerous than Ryugu. The probability that it will hit the earth in the last quarter of the 22nd century is 1:2700.

Dinosaurs are extinct because asteroid hit the wrong spot

The asteroid that wiped out dinosaurs should have had a very low chance of triggering mass extinction, scientists say. Had it struck most other spots on the Earth's surface, the world could have been a different place. (09.11.2017)

Protecting Earth from an asteroid strike - what can we do?

As a humble Earth-bound species, humanity has been lucky enough to avoid major asteroid collisions. As we take our first steps into space, scientists are working on ways to protect Earth – before our luck runs out. (02.09.2017)

The European Space Agency’s Rosetta probe has sent its final message. The mission lasted more than a decade and has left ESA scientists feeling a mixture of emotions. (30.09.2016)