UNHCR has expressed concern about the deal reached by the EU and Turkey on Monday. The agency warned the deal, if implemented, could violate international human rights laws. 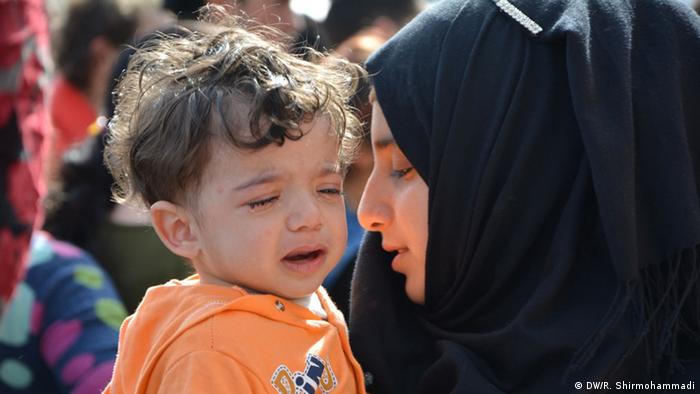 The European director of UNHCR blasted on Tuesday the refugee deal agreed upon by EU and Turkey, saying it would violate European and international laws if implemented.

Cochetel's warning came one day after a lengthy summit in Brussels that ended with European leaders promising Turkey 6 billion euros ($6.6 billion) and acceleration toward visa-free travel for Turkish citizens in the bloc in exchange for Ankara taking back "irregular migrants" - meaning those who enter Europe illegally. Also as part of the deal, the EU would have to accept those migrants eligible for asylum currently living in Turkey.

A real solution, or a distraction?

Cochetel said he was "tired of hearing about irregular migrants," noting that 91 percent of migrants arriving in Greece are war refugees from countries like Iraq, Syria and Afghanistan. Cochetel said the deal could even prove counter-productive.

"It may lead to a fragmentation of the route. As long as the conflict is not solved, it's a myth to believe that the people will not try to leave. It may dissuade some people from leaving through that route, but it won't dissuade everybody," he said.

EU president Donald Tusk hailed Monday's agreement, insisting that "[T]he days of illegal migration to Europe are over." German Chancellor Angela Merkel was more cautious but no less optimistic in her appraisal: "It is a breakthrough if it becomes reality," she told reporters.

EU and Turkey continue haggling over pivotal deal for migrants

Turkey has asked for an extra 3 billion euros to cooperate with the European Union (EU) on the migrant crisis. Ankara also proposed a refugee swap scheme and asked for political concessions. (07.03.2016)

The chancellor is now profiting from policies she has always fought against on a European level. Still, it will not really help her party in the upcoming state elections on March 13, says DW's Christoph Hasselbach. (07.03.2016)

NATO ships have moved into Turkish and Greek territorial waters as part of an operation to stem the tide of refugees and migrants. Germany is leading the operation. (07.03.2016)