Russia sought to abolish the post after refusing the appointment of a German politician to the position, arguing that the selection was not made by the UN Security Council. 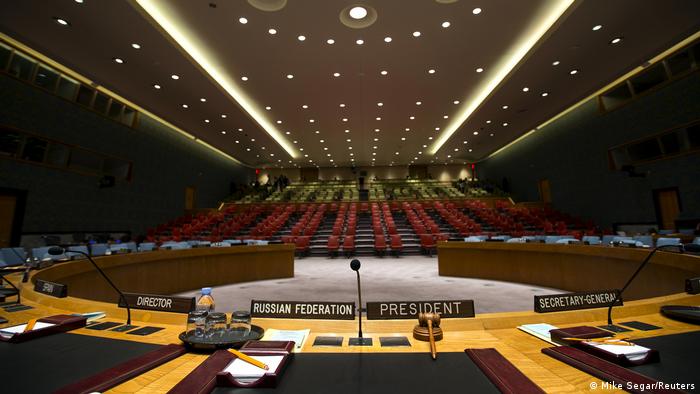 A resolution needs nine votes in favor and no vetoes by Russia, China, the United States, France or Britain

The UN Security Council on Thursday rejected a Russian proposal — co-sponsored by China — to strip powers of an international envoy overseeing the implementation of a 1995 Bosnia peace accord.

Russia and China were the only two members that voted for the resolution. All the other members of the Security Council abstained.

A former German government minister, Christian Schmidt, is due to take the peace envoy post from Austrian Valentin Inzko on August 1.

What was the Russian proposal?

The resolution sought to abolish the post of International High Representative for Bosnia by July 2022.

It said the powers given to the envoy were "no longer required given the progress achieved by the Bosnian parties."

The International High Representative's office was established through the Dayton peace accords that ended Bosnia's 1992-95 war, which killed around 100,000 people.

Bosnia's Russian-backed autonomous Serb region has long sought the shutdown of the office.

After Thursday's vote, Polyansky said it could "destroy the achievements of the international community over the past 25 years."

Bosnia: Graffiti as a peacemaker

Why about the new envoy?

Russia's deputy UN ambassador, Dmitry Polyansky, had accused the peace envoy of becoming like "a czar" with "almost post-colonial type of powers."

A Steering Board of the Peace Implementation Council — made up of 55 countries — appointed Schmidt in May. However, Russia said it "categorically refused" the appointment of Schmidt.

"The role of the Security Council in appointing a new high representative is irreplaceable,'' Polyansky said ahead of the vote.

Russia and China argued that Schmidt could not take up his role because his appointment was not formally approved by the Security Council. Other council members disagreed.

"There is no determinative role for the Secretary-General, or the UN Security Council in the appointment process, and no requirement that the council take action to confirm Mr Schmidt's designation," deputy US Ambassador to the UN Richard Mills said after the vote.