The UN War Crimes Commission has finally released files that show the Allies knew much more about the Holocaust during WWII than previously thought. Cold War politics kept the files locked away. 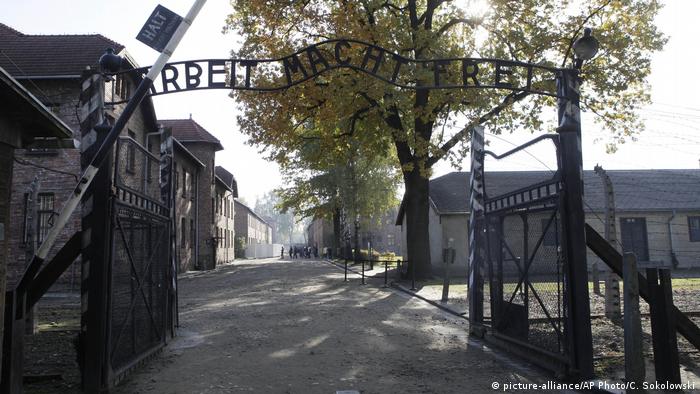 Previously ignored and hard to access, the Holocaust files kept by the UN War Crimes Commission (UNWCC) have finally been made publicly available, potentially debunking many assumptions about the Nazi genocide of the European Jews.

The Wiener Library in London announced this week that it is making 900 gigabytes of data - copied as PDFs from originals kept at United Nations headquarters in New York - publicly available this Friday.

The files document how war crimes were handled by the Allies between 1943 and 1949, and include "lists of alleged war criminals, files of charges brought against them, minutes of meetings, reports, correspondence, trial transcripts and other related materials," the library said in a statement.

Dragged into the light

The UN archives have always been notoriously difficult to access. The Wiener Library, one of the UK's most important Holocaust and genocide archives, asked the British Foreign Office to request copies of the UN's files around four years ago, but it took much persuasion, particularly from Dan Plesch, director of the Centre for International Studies and Diplomacy at the SOAS department of the University of London, to have the files released to the public.

Researchers previously needed permission from both their own government and the UN secretary-general to read the files, and even then they were not allowed to make notes, let alone make copies. But that wasn't the only reason why they never saw the light before, according to Ben Barkow, director of the Wiener Library. 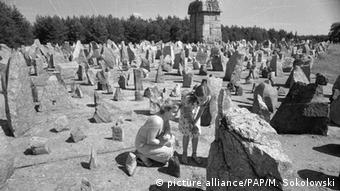 Very little is known about the Treblinka death camp

"I just think people haven't been interested," he told DW. "If you read the books that have been written about war crimes trials generally and after the Second World War particularly, they nearly all completely ignore the UN War Crimes Commission."

But Plesch's research, which has resulted in the freshly-published book "Human Rights After Hitler: The Lost History of Prosecuting Axis War Crimes," showed that what the UN knew "was important - it was very important," as Barkow put it.

What the Allies knew

The files make clear that Allied forces knew more about the details of the Nazi concentration camp system before the end of the war than has generally been thought - thanks in part to files collected by the exiled governments of Belgium, Poland, and Czechoslovakia, who spent a lot of time collecting hundreds of pages of detailed evidence of war crimes to indict specific leading Nazis - including Adolf Hitler himself.

"That shows what the Allies knew," Plesch told DW. "Frankly, the continental European exiled governments were limited and suppressed by elements in the US State Department and the British Foreign Office, who didn't support what their own ambassadors were doing in the [war crimes] commission."

Not only that, few scholars have picked up on the fact that as early as December 1942, various Allied governments were releasing statements explicitly condemning the Nazis for exterminating the European Jews. "The BBC broadcast this in 23 languages at the time," said Plesch. "This is very early public condemnation by the Allies, including the Soviet Union, of the Holocaust while it was at its height."

Among these governments statements is one from France that "details the round-ups of Jews by French police that [far-right presidential candidate] Marine Le Pen denies." 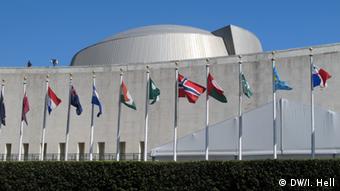 The files are kept at UN headquarters in New York

Barkow also says that the files include about a hundred pages of documents on the early history of the Treblinka death camp, which "scholars are almost completely unaware of." Treblinka, Barkow says, is a "very poorly understood camp," because it was run very secretly by the Nazis and there were virtually no survivors. Not only that, Treblinka was almost completely destroyed as the Nazis shut it down, and as a result, recent researchers have been reduced to forensic archaeology and aerial surveys to even recreate its layout.

The first post-war West German government, under Chancellor Konrad Adenauer, played its part in burying many Nazi crimes investigations, with the support of US senators including Joseph McCarthy. "It was German pressure in the 40s and 50s that brought the Allies' war crimes processes to an end, and resulted in the release of many, many convicted Nazis from Allied prisons," said Plesch.

"One of the reasons why the UN archive has been forgotten about is because it did rather fall victim to Cold War politics," said Barkow. "And there were sections of the American government, even before the end of the war, that were not supportive of the work of the commission, and when the Cold War got going did their best to bury it."

The UN files will be available at the Wiener Library as of April 21, but due to the level of demand expected, researchers are being asked to contact the library in advance to make an appointment.

The judge in one of the last Auschwitz trials is being investigated for perverting the course of justice. Klaus Kabisch is accused of delaying the trial of Hubert Zafke, a former medic at the Nazi death camp. (10.04.2017)