The Bavarian Criminal Police Agency has developed a virtual model of the Auschwitz death camp to help reconstruct past events there. The model could help determine whether accounts given by accused are true or not. 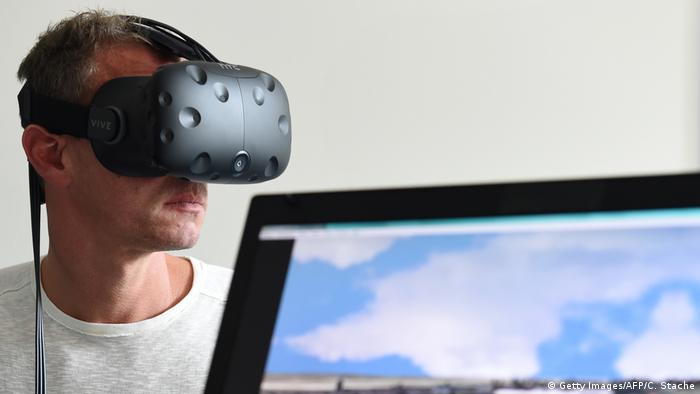 The Criminal Police Agency (LKA) in the southern German state of Bavaria has developed a detailed virtual 3-D model of the Nazi death camp, Auschwitz. The model is designed to aid prosecutors in judging the veracity of the accounts given by witnesses and those accused of events from several decades ago.

Prosecutors equipped with a headset can use the model to determine, for example, what a guard could have seen from a watch tower and what not, or whether trees might have blocked the view of a criminal act.

"Formerly, people often said that they had been on duty in Auschwitz, but did not know what was happening," said Jens Rommel, director of the Central Office for the Investigation of National Socialist Crimes.

"Legally speaking, what is important is intent: Did a suspect have to know that people were taken into gas chambers or shot dead? In this regard, the model is a very good, very modern help in investigations," he added. 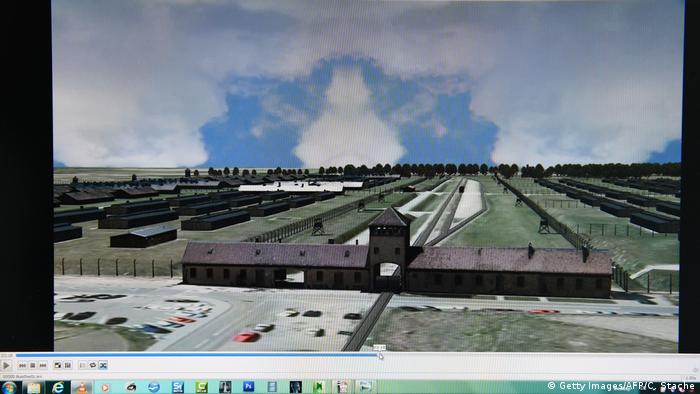 The model animation shows every detail of the camp

Down to the smallest detail

The virtual reality model was developed by an LKA expert on image processing, Ralf Breker, who used material from the Surveyors' Office in Warsaw and more than 1,000 photos. He also traveled to Auschwitz in 2013 to collect further data.

The pope has passed beneath the iron gate reading "Arbeit macht frei" at the former Nazi concentration camp. He is the third consecutive pope to visit the site where an estimated 1.1 million people were killed. (29.07.2016)

A German court has said it will shelve a case against a 92-year-old woman on accessory to murder charges. The woman, who was a radio operator at Auschwitz, would have been among the last to be tried for Nazi crimes. (09.09.2016)

"We were able to reconstruct every building thanks to very exact plans," Breker said, adding that it was, to his knowledge, the most detailed plan of the death camp in the world.

"We use the most modern virtual reality glasses on the market. When I zoom in, I can see the smallest details," he said.

Germany is currently holding what are likely to be the last trials of people suspected of involvement in war crimes committed at the camp in what was then occupied Poland. More than 1.1 million people, mostly Jews, died there at the hands of the Nazis during World War Two.

Breker said that after the final investigations had been concluded, the model could theoretically be handed over to Holocaust memorial sites such as Yad Vashem in Israel or Auschwitz itself, but that there were no concrete plans.

"We have to be very careful, of course; we are afraid the data could be stolen and misused," in computer games, for example, he said.

Breker also predicted that such models could soon become an established feature in criminal investigations worldwide. The Munich LKA is already using one for new investigations into a far-right attack at the Oktoberfest in 1980, in which 13 people died.