"These tactics are ominously reminiscent of those employed by the military before its genocidal attacks against the Rohingya," the UN report has warned, calling on countries to deny the junta money and legitimacy. 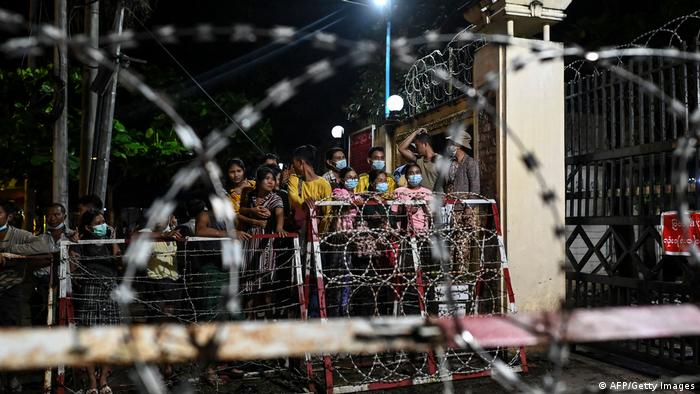 Some of the 5,000 freed from prison have now been re-arrested, the UN said

The UN warned Friday of a possible new human rights catastrophe in Myanmar as thousands of soldiers moved into the north of the country during a crackdown on dissent.

The military junta that took over the south east Asian country in a February coup has been responsible for over 1,100 civilian deaths and 8,000 arrests, according to a report by the UN Special Rapporteur on Myanmar, Tom Andrews.

Why is the UN concerned?

Andrews expressed fears of more bloodshed, repression and torture in his annual human rights report on Myanmar to the General Assembly. Tens of thousands of troops were now moving into the north and northwest of the country, he reported.

"These tactics are ominously reminiscent of those employed by the military before its genocidal attacks against the Rohingya in Rakhine State in 2016 and 2017," he recalled. 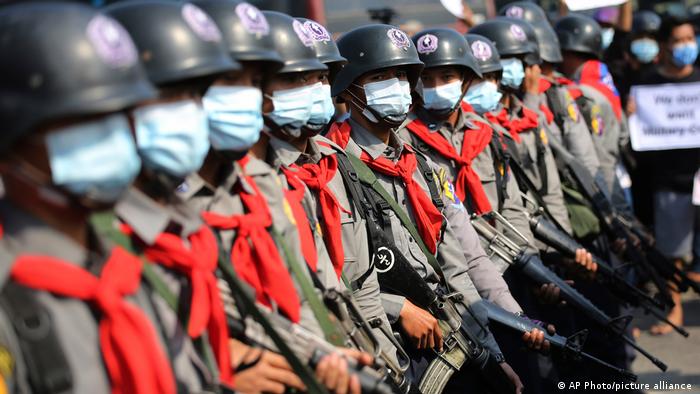 "We should all be prepared, as the people in this part of Myanmar are prepared, for even more mass atrocity crimes," he added. "I desperately hope that I am wrong."

Andrews said that so far there had been a "grossly disproportionate response by the international community" to the crisis, suggesting not enough had been done.

Why are people angry?

The UN report said that most people are protesting peacefully against a coup which forced the country into chaos and displaced over a quarter of a million people.

Andrews said that the "unrelenting violations of human rights" have led concerned citizens to arm themselves as part of a "people's defense forces" so they could potentially repel any potential onslaught from junta forces. 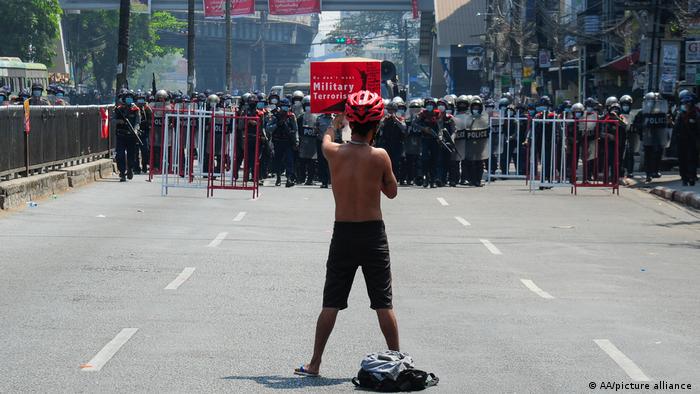 The junta has responded by targeting whole villages "including assassinations and indiscriminate killings of non-combatants," he said.

What does he recommend be done?

The Special UN Rapporteur on Myanmar said that the countries must deprive the junta of money, weapons and legitimacy, in order to help stifle it.

"Targeting these three needs while expanding humanitarian aid and support to the people of Myanmar... is the best way that the international community can help," Andrews said.

He applauded the ASEAN announcement to exclude the junta from 10-member regional talks.

But Andrews said he had "received reports that some of those who were released have already been re-arrested."

The junta on Saturday said it would not engage in dialogue with coup dissidents, including members of Aung San Suu Kyi's ousted government.

The statement came after a spokesman for the military-aligned Union Solidarity and Development Party urged junta leader Min Aung Hlaing to open dialogue with coup opponents.

The junta said it "cannot accept... dialogue and negotiation with terrorist armed groups."