The measure now goes for a vote before the UN General Assembly, probably sometime in early December. A majority of members may vote to support the resolution but Security Council members are expected to block it. 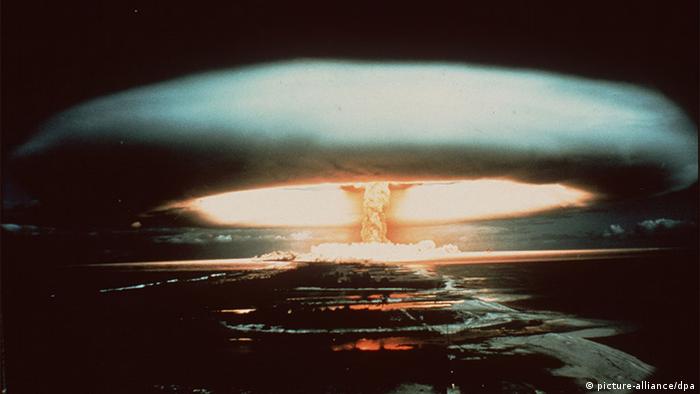 A UN General Assembly committee voted overwhelmingly Thursday to support a resolution that would ultimately outlaw nuclear weapons, but many nuclear-armed nations opposed the measure.

The disarmament and international security committee saw 123 countries vote in favor of the measure, while 38 opposed it and 16 abstained.

Four of the five permanent members of the UN Security Council -the United States, Russia, the United Kingdom and France- opposed the resolution, while China abstained.

Despite the opposition, the measure sponsored by Austria, Brazil, Ireland, Mexico, Nigeria and South Africa will now head to the full General Assembly, where a vote is expected in December.

The resolution calls for convening a conference in March 2017 to negotiate a "legally binding instrument to prohibit nuclear weapons, leading towards their total elimination."

"Today's vote demonstrates very clearly that a majority of the world's nations consider the prohibition of nuclear weapons to be necessary, feasible and urgent," Fihn said. "They view it as the most viable option for achieving real progress on disarmament."

Fihn acknowledged that the vote is unlikely to persuade nuclear powers to surrender their atomic weapons, but she said it would help stigmatize the weapons in much the same way as has been done with land mines and cluster bombs.

Japan, which has long campaigned against the use of nuclear weapons, nonetheless voted against the resolution, as did South Korea, which faces a potentially existential threat from North Korea.

In 2009 US President Barack Obama called for the eventual elimination of nuclear weapons, but the US is not expected to pursue the effort through the UN. Opponents argued that nuclear disarmament should be addressed through negotiations on the Nuclear Non-Proliferation Treaty (NPT).

Since 2013 three international conferences have considered the humanitarian impact of the use of nuclear weapons and earlier this year a working group on nuclear disarmament was also convened.