Ukrainian workers struggle to reach the EU amid coronavirus restrictions | In Depth | DW | 16.05.2020

Ukrainian workers struggle to reach the EU amid coronavirus restrictions

While EU countries negotiate with Ukraine about special flights for seasonal workers, some people are coming to the bloc on their own, despite coronavirus restrictions. But they face many obstacles on the way. 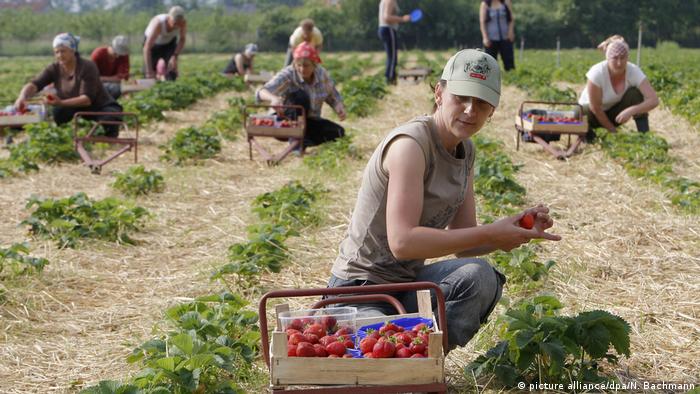 "At the moment, it's difficult, but we are going because there are no jobs in Ukraine for people of our age," says Oksana Furman from the city of Khmelnytskyi.

She and her husband, Serhiy, who are 48 and 53, respectively, had managed to get Polish work visas in early March just before the issuing authority was closed.

That means Polish border agents will probably let them through, even if the couple will then have to go into self-quarantine for 14 days. They intend to spend those weeks in a hostel near Warsaw. An employment agency helped find the accommodation, but they will have to pay for it themselves.

Adding in the costs of food, the quarantine will cost the couple at least 800 zloty (about €175; $190), Oksana estimated. That is a lot of money for a seamstress and a truck driver from Khmelnytskyi. But working last year in a Polish factory that manufactured TV sets, Oksana and Serhiy earned the equivalent of €750 a month. To be able to work in Poland again, they say they are prepared to spend money and overcome the obstacles in their path,  "We hope to be able to leave, whatever the cost."

The arduous trip to Poland

Measures to curb the spread of the coronavirus pandemic make the trip to Poland a difficult one for Oksana and Serhiy.  Authorities have temporarily banned buses from crossing the border, and without a car of their own, the Furmans will have to look for other alternatives. 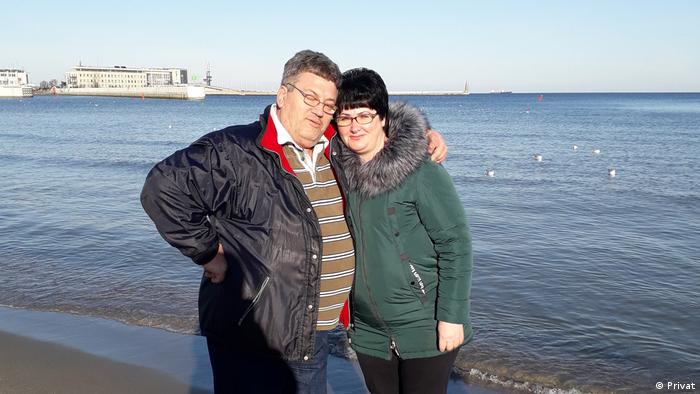 Trips to the Ukrainian-Polish border are being offered in minibusses — despite the ban — for the equivalent of €35. One person offering this service on social media says that passengers who have "checked in" by telephone are picked up at Kyiv's main train station. While arranging pick-up is easy, the trips all end on the Ukrainian side of the border since the busses are not allowed in Poland.

The Polish government has also banned crossing the border on foot, so the couple needs to find a car that will drive them over the border.

One provider of bus transfers to the border gave assurances it wouldn't be a problem to enter Poland and could be organized right at the border.

But, he added, that kind of service doesn't come cheap. The trip of about 150 meters (164 feet) to a waiting Polish bus would cost around €75.

Such a trip is anything but safe, as social distancing recommendations cannot be adhered to, especially when people are sitting cramped together in minibusses.

Another option is to travel to the EU via Belarus, which is still ignoring the pandemic.

Unlike Ukraine, Belarusian authorities have not closed the border to foreigners, and people who can show they only intend to transit through the country are allowed to travel on.

Some Ukrainians who want to work abroad travel first to the airport in Minsk to board one of the flights to several EU countries that have not canceled air traffic with Belarus, such as the Czech Republic and Finland.

To get to the airport in the Belarusian capital, the Ukrainians again climb aboard minibusses. According to one bus driver, there are two trips a day starting from Kyiv.

"We take the people to the border, and they drive on from there in a Belarusian bus that has been waiting for them," he says.

One of these trips costs €60. The driver says travelers don't need to fear that they will have problems because of violating pandemic safety regulations. He says the buses have been running "since the first day of the quarantine," adding: "We have never been stopped, thank God. But our boss was a militiaman, so we're not scared."

But Tetyana Bugakova, who runs the company "Work Garant," an agency for jobs mainly in Poland, says there are not currently many Ukrainians traveling out of the country for work.

"Before the pandemic, seasonal workers were able to cross the border as tourists, find a job and get a working permit," she says, adding that her business has dropped by more than two-thirds. Now, she explains, foreign workers first have to prove they have accommodation and show a working visa or permit.

Many of the Ukrainians who have the required documents choose not to set off, deterred by the two-week quarantine and the difficult journey.

The Ukrainian government could simplify the journey if it helped employers by providing quick special flights to transport seasonal workers, Bugakova says.

"It's a great thing if employers want to pay charter aircraft," she says, as the workers could then travel in much greater comfort and wouldn't have to spend two days on the road.

The government in Kyiv says it is discussing special flights for Ukrainian workers with several EU countries.

Vadym Prystaiko, the deputy prime minister for European and Euro-Atlantic Integration, said at the start of May that several hundred flights were under consideration. So far, however, only a few chartered aircraft have taken off from Kyiv destined the EU — leaving most Ukrainians to resort to illegal trips on minibusses.

A handful of countries are hoarding food items to ensure supplies for their population as the virus crisis deepens. The export curbs could prove especially harmful for poorer nations that survive on imports. (30.03.2020)

Over the years rubbish from the bloc's richer nations has been imported to Romania and Bulgaria, where it has just piled up or been carelessly incinerated. The problem shows no sign of stopping, says Ivaylo Ditchev. (22.02.2020)