More ceasefire violations have been reported in eastern Ukraine, with four soldiers killed in a fight with rebels. The latest truce deal between Ukraine and pro-Russia separatists had only been agreed a day earlier. 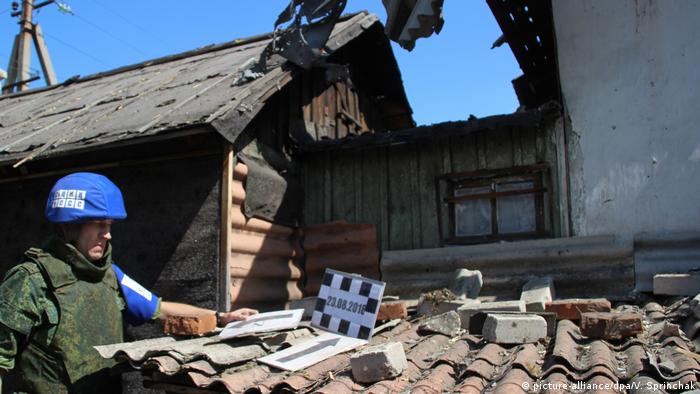 Four Ukrainian soldiers have been killed and seven have been wounded in a battle against pro-Russian separatists who were trying to take over observation posts on a Luhansk highway in eastern Ukraine, Defense Ministry spokesman Dmytro Gutsulyak said Thursday.

Another soldier was killed in artillery fire elsewhere in the conflict zone, he added.

"The Russians ... are trying to attack the positions of our troops, violating the ceasefire," said Ukrainian President Petro Poroshenko, adding that the soldiers were attacked with high-caliber artillery. 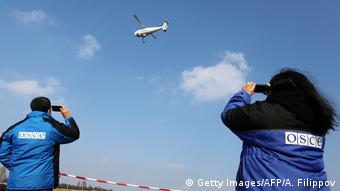 OSCE monitors have reported an increased number of projectiles, explosions and machine-gun fire

The Organization for Security and Cooperation in Europe (OSCE), which monitors the conflict, reported fresh mortar round impacts in the Zolote disengagement area on Wednesday while its access to all three of the designated areas had been restricted.

It observed weapons "in violation of withdrawal lines on both sides of the contact line."

Terms of disengagement were agreed at an international summit in Minsk in February 2015 but have yet to be fulfilled, despite a series of agreements between Ukraine authorities and the separatists.

The latest truce was agreed on Wednesday and negotiators reported another had been called for next week to coincide with the start of the school term.

Poroshenko apologized on Thursday for underestimating how long the conflict would go on. "Over four years ago I declared that the anti-terrorist operation would last hours rather than months," he said. "I am truly sorry that I gave hope which did not come true."

According to the OSCE, on Monday night "the Special Monitoring Mission to Ukraine heard 95 undetermined explosions and about 540 bursts of heavy-machine-gun and small-arms fire" in the government-controlled Svitlodarsk, 57 kilometers (35 miles) northeast of Donetsk.

The observers also recorded an increased number of projectiles, explosions and machine-gun fire.

There have also been reports of a blockade by Russian forces in the Kerch Strait, preventing ships from heading to Ukrainian ports in the Sea of Azov from the Black Sea. 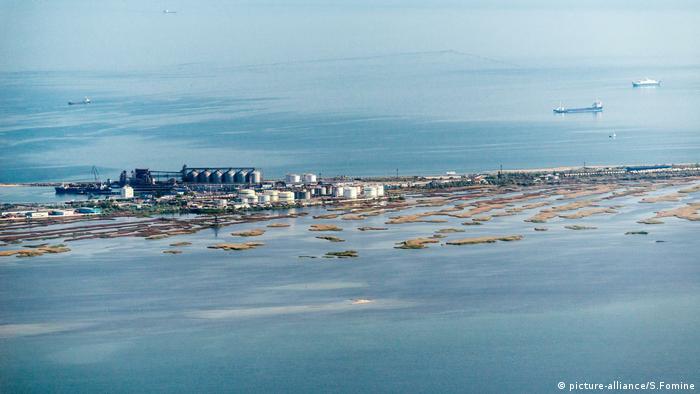 Moscow has repeatedly denied allegations that it supports the separatists and provides them with arms, equipment and troops. The US, meanwhile, has delivered military equipment to Kyiv.

More than 10,000 people have been killed in the eastern Donetsk and Luhansk regions since Russia's April 2014 annexation of the Crimean Peninsula.

Ukraine's economy is also under pressure as it tries to qualify for more aid under a $17.5-billion (€15.1-billion) program from the International Monetary Fund (IMF).

Kyiv has not received any money from the IMF since April 2017 due to a slowdown in the pace of Kyiv's reforms. It must also repay $15 billion of foreign currency debt over the next two years. Presidential and parliamentary elections are scheduled for 2019.

US calls for release of filmmaker

Late Thursday, US Secretary of State Mike Pompeo called on his Russian counterpart, Sergey Lavrov, to "immediately release" Ukrainian filmmaker Oleg Sentsov, who is serving a 20-year jail term in Russia after opposing the 2014 annexation. He was convicted of conspiring to commit terrorist acts.

Sentsov marked the 100th day of his hunger strike earlier this week, calling for the release of 64 Ukrainians he considers to be political prisoners being held in Russia.

On Friday, US National Security Adviser John Bolton is expected to attend a military parade in Kyiv marking the 27th anniversary of Ukraine's independence .