Ukraine's junior coalition partner, the Samopomich party, has left the ruling alliance headed by Arseny Yatsenyuk. The prime minister has said he is in talks with other political groups on joining the coalition. 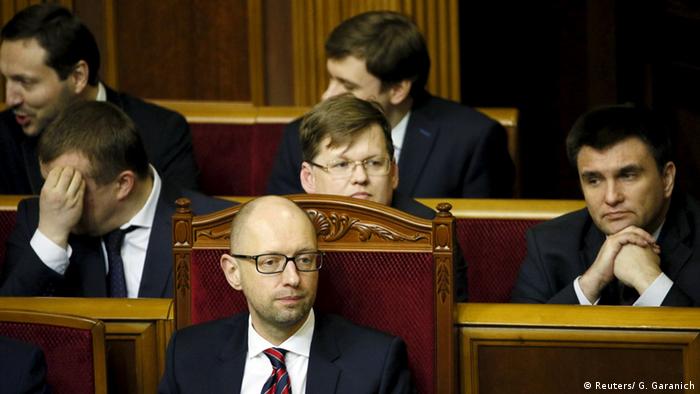 Ukraine's Samopomich (Self Reliance) party has decided to quit the ruling coalition, one of its leaders, Oleh Berezyuk, said on Thursday. The move increases pressure on Prime Minister Arseny Yatsenyuk to find new allies or risk the collapse of the government.

The Samopomich party issued a statement saying it could no longer be a part of an "oligarch-led coup in parliament," according to the state news agency Ukrinform.

On Wednesday, the party controlled by former Prime Minister Yulia Tymoshenko - the Fatherland party - announced that it was leaving the ruling coalition.

President Petro Poroshenko suggested this week that Yatsenyuk should resign. The prime minister only narrowly survived a parliamentary motion for a vote of no confidence on Tuesday. Tymoshenko’s Fatherland party and the Self-Reliance grouping had supported Yatsenyuk’s removal in the confidence vote and called for a reshuffled government.

Poroshenko's Solidarity party and Yatsenyuk's People's Front have only 134 and 81 members of parliament, which means they are short of a 226-vote ruling majority. 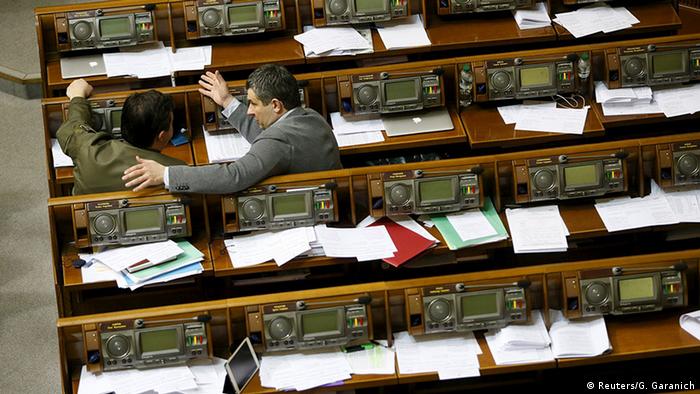 Yatsenyuk said on Thursday he would try to bring the Radical Party into the coalition to regain the majority, according to Ukrinform.

Poroshenko's approval rating has fallen to 17 percent, according to recent opinion polls. That is well below the 28 percent for his pro-Russian predecessor Viktor Yanukovych shortly before he left office in 2014.

In recent weeks both Economy Minister Aivaras Abromavicius and Deputy Prosecutor General Vitaliy Kasko have quit, accusing ruling-party officials of blocking reforms and engaging in corrupt practices. Their departures brought expressions of concern from allies, including the United States.

Economic woes and the IMF

Ukraine's economy has been struggling and continuation of the $17.1 billion (15.4 billion-euro) financial aid program signed last year with the International Monetary Fund is in doubt. Inflation topped 40 percent last year, up from about 24 percent the year before.

Last week, the IMF issued a statement of concern about Ukraine's slow progress in improving governance and fighting corruption, and reducing the influence of vested interests in policymaking. IMF Managing Director Christine Lagarde warned: "Without a substantial new effort to invigorate governance reforms and fight corruption, it is hard to see how the IMF-supported program can continue and be successful." 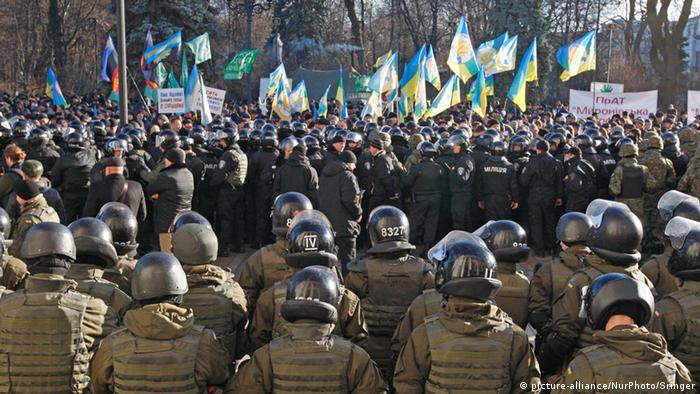 "It is vital that Ukraine's leadership acts now to put the country back on a promising path of reform," Lagarde added.

Russia filed a lawsuit against Ukraine on Wednesday at London's High Court in connection with a 2.7 billion-euro Eurobond debt, according to Russian Finance Minister Anton Siluanov. The filing came after Germany tried to mediate talks between the two former Soviet neighbors to try to reach an out-of-court settlement.

Kyiv vowed on Thursday to "decisively" fight Russia's demand for the full repayment of the two-year Eurobond which was taken out by the Yanukovich government just two months before the then president fled to Russia in February 2014 in the face of street protests that brought a pro-European government to power. It called the Russian loan a bribe paid to Yanukovych for his decision to reject the free trade and political association pact with the European Union in 2013.