Ukraine will not participate in this year's Eurovision Song Contest after several contestants refused to agree to contracts barring them from performing in Russia. Singer Maruv said the conditions equaled "censorship." 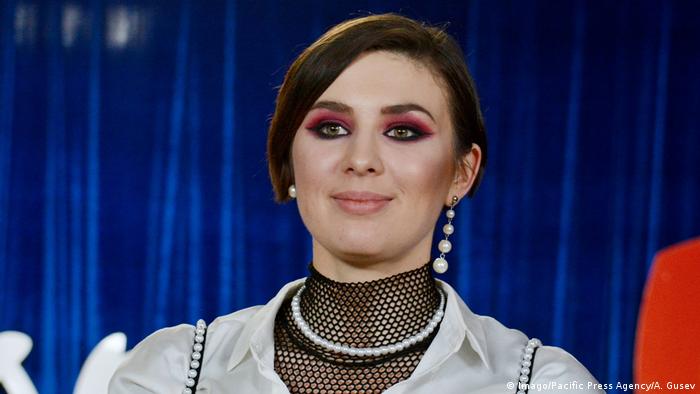 Ukraine's National Public Broadcasting Company (UA:PBC) has decided against taking part in the Eurovision Song Contest final scheduled for May in Israel, citing excessive politicization of the national selection process.

Anna Korsun, who performs under the stage name Maruv, won the national finals on Sunday and came under fire from politicians because she often performs in Russia. She refused to sign contractual obligations, including a ban on her Russian concert in St. Petersburg in April and a gag order not to talk to journalists without the broadcaster's consent.

The 27-year-old, from a Russian-speaking region in southeastern Ukraine, said she would not allow herself to be misused. "I am a musician, not a bludgeon in a political arena," she wrote on her Facebook page.

Several runner-up contestants refused to replace Maruv, and on Wednesday UA:PBC said that out of "respect for the viewers' choice," Ukraine would withdraw from the competition. "Our mission is to unite people with music, not to sow discord," runner-up Kazka Band said in Ukrainian on their Instagram page on Wednesday.

Ukrainian singers won the Eurovision Song Contest in 2004 and 2016, the more recent contest with an entry about the 1944 deportations of Crimean Tatars by Soviet leader Josef Stalin.

When Ukraine subsequently hosted the final in 2017, it refused to allow Russia's performer to enter the country because she had performed in Crimea without the permission of the Ukrainian government.

This isn't the first time that Eurovision has become a platform for settling scores between countries. In 2009, the European Broadcasting Union nixed the Georgian entry "We Don't Wanna Put In," interpreted as a dig at Russian President Vladimir Putin.

The Eurovision Song Contest will be hosted for the third time in Israel this May. But as international artists call to boycott the event, 2018 contest winner Netta Barzilai says Eurovision is about participation. (07.02.2019)