The Eurovision Song Contest will be hosted for the third time in Israel this May. But as international artists call to boycott the event, 2018 contest winner Netta Barzilai says Eurovision is about participation. 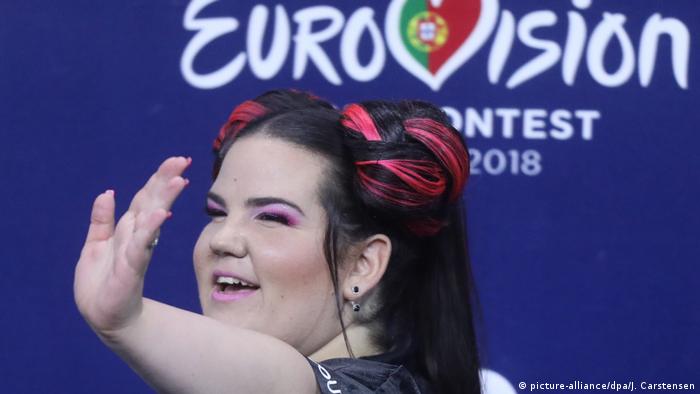 After her inimitable, contest-winning performance of the song "Toy" at the 2018 ESC bought her global attention, Netta's latest electro pop anthem has already clocked near four million YouTube hits just days after release.

But with Netta having earned Israel the right to host this year's ESC in May, a political backlash has the potential to overwhelm her own artistic momentum.

Although the finale will be hosted in Tel Aviv instead of the contested city of Jerusalem (where it took place in 1979 and 1999) — as was originally suggest by Israeli officials — that hasn't stopped calls to boycott the contest.

Last September, over 100 international artists signed an open letter requesting that contestants snub the event because of Israel's ongoing military occupation in the Palestinian territories. And just last week, prominent artists and musicians in the UK including Peter Gabriel, writer Yann Martel and actor Julie Christiecalled on British broadcaster BBC to "press for Eurovision to be relocated to a country where crimes against that freedom are not being committed," referring to alleged Palestinian human rights violations.

But amid the controversy as the May contest nears, Netta told DW that she wants to focus on her music instead of talking politics. 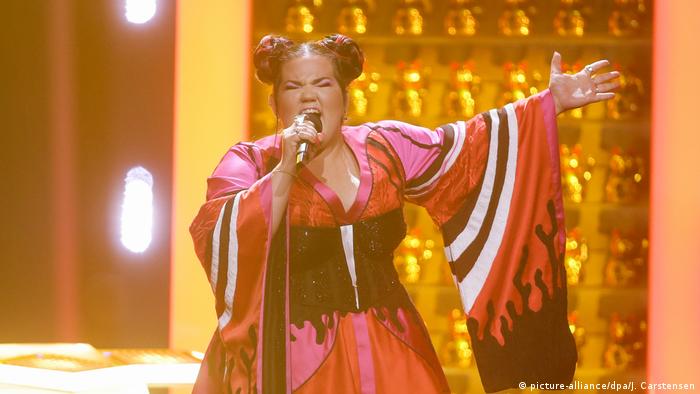 DW: You've just released a new song – "Bassa Sababa." It's quite different from "Toy," which won you the song contest in Lisbon. Tell us more about it.

Netta Barzilai: Bassa Sababa" is a slang word, taken from Hebrew and Arabic. So "bassa" means bummer, something that bums you out, you say "ah bassa." "Sababa" means like "alright." It means I take the obstacles in my life, the obstacles this year, and I faced it with "sababa," so alright, let's do this. In the video there is a man running away from me at the altar. I was left so many times in my life, being told I am not good enough, not smart enough and all this. And then I look back at him. And I say: "Oh no honey, mmh, and I run after my problems. I face them.

How much did winning the Eurovision Song Contest help your music career?

It's like 180 degrees different from what I was. I was a blues artist, singing in basements and I did my looper stuff at home. I wouldn't have imagined in twelve months to become this. Never. It all happened so fast. I used to work so hard on small stages improvising, and then I went on this reality show just to pay my rent. After Eurovision I became this idol for so many people, of empowerment, of self confidence, of self love, and I said, why me: like why am I the idol, it empowered me so much. [But] it's the other way around: people empowered me."

You have said in the past that you also get tons of negative comments, mainly on social media.

Uhh. Like: What are you? Who are you? Lose weight! What are you wearing, you have only one song! BDS! [Editor's note: Boycott Divest and Sanction movement, which advocates an economic and cultural boycott of Israel because of its occupation of the Palestinian territories]. A lot of hatred about where I came from, how I look, what I say. It was so difficult facing all these obstacles and it took me eight months to decide what to do about it. And this is what came out.

Critics also say that holding the Eurovision Contest in Israel is whitewashing Israel's occupation of Palestine. There are calls by international artists to stay away from the event because of Israel's violations of Palestinian human rights. What is your response?

I believe in dialogue, I believe in a healthy one. I believe in protest. I don't believe in bullying. Standing on a 26-year-old musician who doesn't have a political agenda is bullying. Come, participate. It's a European thing. It's not from Israel. Israel just participates. When you don't come, when you boycott, you spread darkness. 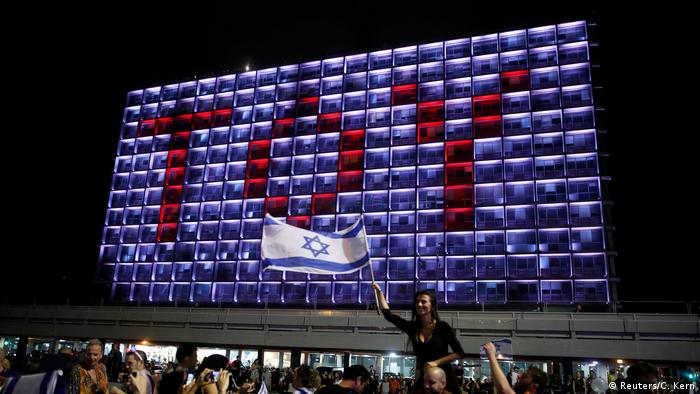 "Toy" was seen by many as a song about the #Metoo movement. The new song is more about your personal freedom to choose what is right for you, no matter what others think. Hence the symbolic image of the rhino in your video?

I think Toy was more a campaign song, very "me too," very girl power. This one is a very independent one. I love it, it's a tribal pop anthem. I grew up in Nigeria until the age of seven. I remember Nigerian women carrying me and singing me to sleep. I feel the rhythm in my heart. So when you hear that, you feel this energy. And that is my energy. This song is my song, I wrote it, together with two wonderful men, Stav Berger and Avshalom Ariel. "Toy" wasn't written by me. "Bassa Sababa" is a piece of me. And I am proud to release it.

It's the first time in 20 years that Eurovision will come to Israel. How do you experience the atmosphere here right now?

To realize that everything happened because of us. We went there and we brought it home. It's incredible. We are waiting for this like a birthday party. Every day there is something in the news about Eurovision, everybody is super excited! I believe it is so magical - all these countries on the same stage."