Kyiv has warned it might cut Russian energy transit flows to Europe and ban Russian airlines from crossing its airspace. Ukraine has also proposed sanctions on Russian individuals and companies "financing terrorism." 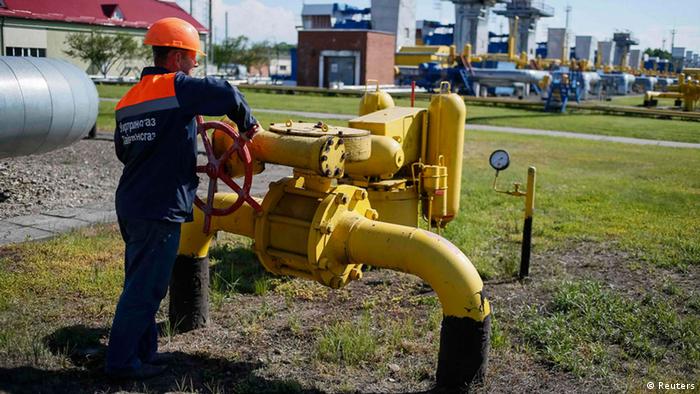 Prime Minister Arseny Yatsenyuk said on Friday that the measures are part of a sanctions bill that will be submitted to parliament, which is expected to vote on it next Tuesday.

The embargo includes complete or partial bans on all energy resources from Russia, and also over flights and road traffic via Ukrainian territory, the Ukrainian premier added.

The news pushed up gas prices on the London market on Friday, the Reuters news agency reported.

Ukraine serves as a vital route for Russian oil and gas to Europe. In the past, disputes over energy resulted in supply cuts for European consumers. In June, Moscow stopped its gas deliveries to Ukraine over a payment issue.

The bill also proposes sanctions against 172 citizens from Russia and other countries, as well as 65 Russian companies for allegedly aiding terrorism.

Ukraine is battling pro-Russia separatists in the eastern parts of the country along the Russian border. Western countries accuse Moscow of providing military and moral support to the rebels.

Russia criticized Yatsenyuk's announcement as a "PR move to prove to the West that Ukraine is on its side," reported the Interfax news agency, citing an unnamed foreign ministry official. The official added that Moscow would retaliate once the sanctions are imposed.

On Thursday, Russia banned food imports from the West in what it said was a response to European Union's economic embargo on Moscow.