Ukraine conflict: Japan stiffens resolve on Russia, but it comes with a price | Asia | An in-depth look at news from across the continent | DW | 02.03.2022

Ukraine conflict: Japan stiffens resolve on Russia, but it comes with a price

Experts say that Tokyo's imposition of sanctions on Russia is almost certainly the final nail in the coffin of Japan's ambition to resume control of the disputed Kuril Islands. 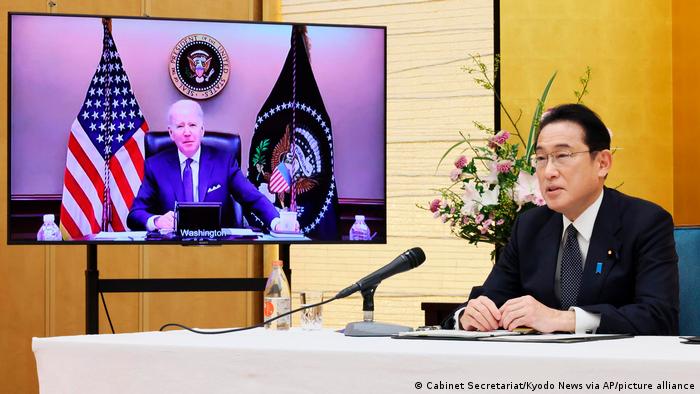 Japanese Prime Minister Fumio Kishida has been swift to follow in the footsteps of the vast majority of the international community in the aftermath of Russia's invasion of Ukraine, imposing restrictions on the Russian central bank and supporting Moscow's removal from the SWIFT international banking system. Analysts point out that his moves are more decisive and effective than previous measures taken against the regime of Vladimir Putin.

The last time that Japan was called upon to enforce sanction on Moscow was in 2014, when Russian troops forcibly occupied Ukraine's Crimea region. Tokyo's response to that earlier land grab was lukewarm because the then-Japanese government of Shinzo Abe wanted to avoid antagonizing Putin as talks were ongoing over the future of a chain of islands off northern Japan.

Known as the Southern Kurils in Russia and the Northern Territories in Japan, the islands were seized by the Soviet Union's Red Army in the closing days of World War II.

To this day, Japan claims that the islands are its sovereign territory and should be returned to its control. And while there have been discussions with previous Russian governments that appeared at times to be making progress in that direction, President Putin has in recent years stiffened his resolve to keep the islands under his control. As a result of the dispute, Japan and Russia have still not signed an official declaration ending the war.

While Abe believed in 2014 that there was still a hint of a chance that the islands might be handed over or that an agreement on joint economic development might be possible, Kishida now harbors no such illusions.

Announcing the sanctions on Sunday, Kishida said, "The invasion of Ukraine by Russia is an attempt to unilaterally change the status quo by force and shakes the very foundations of the international order. It is a clear violation of international law which cannot be tolerated, and which we severely condemn."

Japan has frozen the assets of senior Russian officials, including Putin, halted transactions involving the Russian central bank and blocked Russian firms' access to the SWIFT system. In addition, Japan is providing a loan of $100 million (€90 million) to Kyiv and another $100 million in emergency humanitarian assistance.

Kishida and Japan's foreign ministry have made no mention of the disputed territories, but analysts say the prime minister realizes they are beyond Japan's grasp.

"Japan had very little choice but to join the international community and take a stand over the Ukraine invasion," said Hiromi Murakami, a professor of political science at the Tokyo campus of Temple University.

"In truth, I think the discussions over the islands have been dead in the water for a while now, but Japan could not avoid imposing sanctions or only implementing weak sanctions this time," she told DW. "The islands are not a question of life or death, they are not critical to the nation's security. But what is happening in Ukraine is clearly very, very serious."

It will not have escaped the notice of Kishida – himself a former foreign minister under Abe – that Putin strung the former prime minister along with the possibility that he would be the Japanese leader who won back the sovereignty of the islands. Kishida has no intention of falling for the same trick, Murakami said. 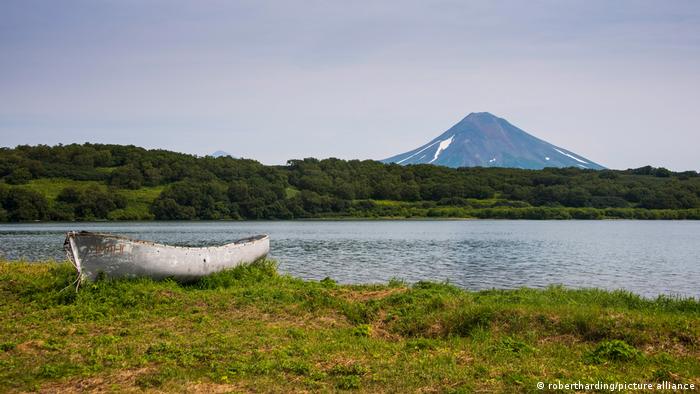 Since the end of World War II, Tokyo and Moscow have been at odds over the Kuril Islands

James Brown, an associate professor of international relations at Temple University, who specializes in Russia's relations with its Fareast neighbors, says Japan's leaders have largely been going through the motions on the Northern Territories in order to keep the hopes of the public up. But any slim hopes that the islands might be returned are clearly gone now, he said.

"Putin has invaded a neighboring country to ensure that it does not become a European economy or a NATO member, so the idea that he would permit the transfer of these islands to Japan – also a security ally of the US – is simply unthinkable," he told DW. "Any suggestion that might happen has now been shown to be completely without foundation."

Of more immediate concern for Japan will be its energy security, although government figures show that a mere 4% of Japan's crude oil and 9% of its liquified natural gas is supplied by Russia.

Japan is " extremely sensitive" about its lack of domestic energy supplies and its reliance on other countries, a legacy of the oil shocks of the 1970s, said Brown.

Nevertheless, Japan's Sakhalin Oil and Gas Development (SODECO) owns a 30% stake in the Sakhalin-1 oil project, and Japanese trading firms, including Mitsui and Mitsubishi, have shares in the nearby Sakhalin-2 development. Japan is likely to come under increasing pressure to follow in the footsteps of a number of international energy firms, notably Shell and Exxon Mobil, which have announced that they are walking away from operations in Russia.

"Energy security is very sensitive in Tokyo, but as these other companies are pulling out of Russia, I think Japan will be under huge pressure to do likewise with the Sakhalin-1 and Sakhalin-2 projects," said Brown.

Withdrawing that investment from Sakhalin, which is directly to the north of the disputed islands, is unlikely to endear the Japanese government to Moscow and will further harden resistance on the question of the future of the islands.