Ukraine: As war rages what are the risks at the Chernobyl nuclear plant? | Environment | All topics from climate change to conservation | DW | 09.03.2022

Ukraine: As war rages what are the risks at the Chernobyl nuclear plant?

Threat of a nuclear catastrophe is low. But experts fear for safety of workers who have been unable to rotate off shift. Communications with the site are down and electricity has reportedly been lost. 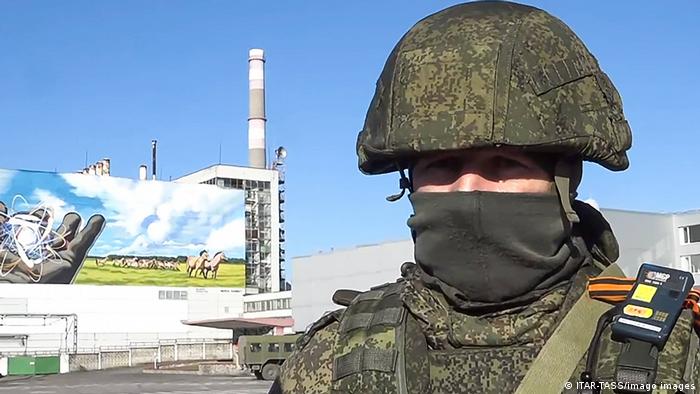 Russian soldiers have taken over the Chernobyl nuclear power plant

Since then, the 210 technicians and guards responsible for keeping it safe have not taken a proper break.

The International Atomic Energy Agency (IAEA), the United Nations body responsible for nuclear security, says a key pillar of nuclear safety is giving operating staff the capacity to make decisions free of "undue pressure." But overworked staff at Chernobyl are trying to fulfil their duties amid an invasion that has already forced 2 million people to flee.

A combination of factors has increased fears of radioactive leaks from the Chernobyl site. But there is no chance of a nuclear meltdown — the last reactor was closed more than two decades ago. For now, the main concerns are for staff.

"I'm deeply concerned about the difficult and stressful situation facing staff at the Chernobyl nuclear power plant and the potential risks this entails for nuclear safety," said IAEA Director General Rafael Grossi in a press statement Tuesday. "I call on the forces in effective control of the site to urgently facilitate the safe rotation of personnel there." 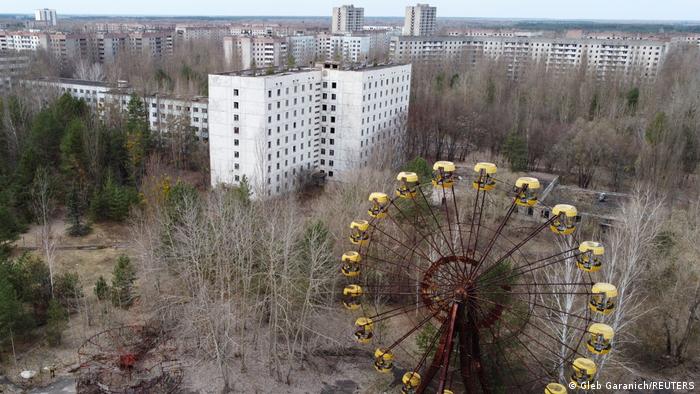 The abandoned city of Pripyat near Chernobyl

Compounding the concerns are problems with communications and electricity.

On Tuesday, the IAEA said data transmission from monitoring systems installed at Chernobyl had been lost and Ukraine's regulatory authority could only communicate with the plant via email. State-run nuclear energy company Ukrenergo reported Wednesday that a high-voltage electricity line connecting Kyiv and Chernobyl had been disconnected. That has forced workers to rely on diesel generators for electricity and there are concerns it could disrupt the cooling pumps for spent fuel. 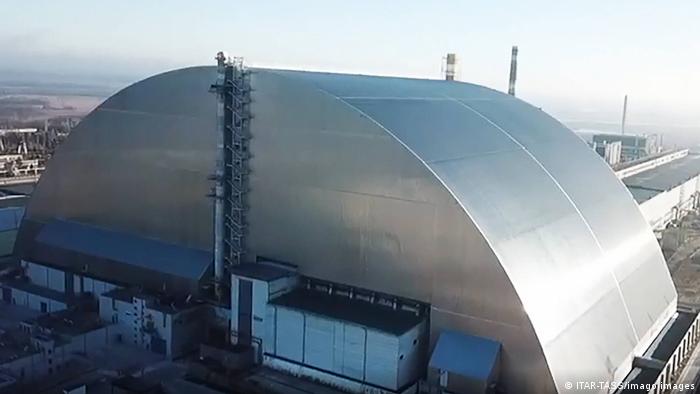 If the cooling pools were to dry out, the radiation could hurt workers. But experts said a large release of radiation akin to the 1986 disaster is unlikely and would not "have consequences outside the plant site."

"It is also important to note that drying out of the ponds will not cause a nuclear reaction or explosion to occur," said Mark Foreman, associate professor of nuclear chemistry at Chalmers University of Technology in Sweden, in a statement.

A report from the Ukrainian state regulator in 2011 stress-tested different scenarios that could lead to failure. It found that if electricity were cut, the loss of the pool water cooling function would raise temperatures — but not by enough to cause an accident.

In a tweet on Wednesday, the IAEA confirmed the heat load of the spent fuel storage pool and the volume of cooling water was enough to effectively remove heat without the need for electricity.

"The spent fuel there is so old that evaporation will not likely be the problem," said Jan Haverkamp, a nuclear expert at environmental campaign group Greenpeace. Still, he added, "an explosion hitting the pool could cause overheating."

At the same time, Claire Corkhill, Chair in Nuclear Material Degradation at the University of Sheffield, said that communications with monitoring systems needed to be restored.

"It is essential that radiation monitoring systems are able to constantly monitor the situation inside reactor 4 so that we can be aware of any potential reasons for concern about the exposed nuclear fuel that resides there," explained Corkhill.

The loss of electricity could also hit the ventilation system and make it harder to manage radioactive dust.

Russian President Vladimir Putin's decision to fully invade Ukraine in February has thrown the security of nuclear power into the spotlight.

"If there is a nuclear accident the cause will not be a tsunami brought on by mother nature," said Grossi on Monday, referring to the earthquake that flooded the reactor of the Fukushima Daiichi nuclear power plant in Japan in 2011. "Instead, it will be the result of human failure to act when we knew we could."

Chernobyl is a powerful symbol of nuclear catastrophe. In 1986, a sudden surge of power during a reactor test destroyed Unit 4 of the poorly designed nuclear power station, in what was then part of the Soviet Union. The fire that followed released clouds of radioactive material into the environment that led to authorities setting up an exclusion zone and evacuating hundreds of thousands of people. Dozens are thought to have died as a direct result of the disaster.

Radiation levels have since fallen. Some residents of the exclusion zone have returned to their homes and live in areas with levels that are above average but not fatal. Radiation unexpectedly spiked in February when Russian troops entered the area, possibly because of heavy vehicles raising a layer of topsoil and kicking dust up into the air.

The IAEA found the levels pose no danger to the public. But the unprecedented reality of war in a country operating nuclear power stations has raised the specter of nuclear catastrophe.

The Russian army shelled Europe's largest nuclear power plant last week before taking over the site. Though there was no safety incident, it was the first time that military explosives have hit an operating nuclear facility.

"We've entered something that that the industry was in complete denial of," said Haverkamp. "Nuclear power is just not an energy source that belongs in a war situation."