UK nuclear power: The next Huawei?

Once a key part of the UK's energy plans, nuclear power faces rising costs, cheaper renewables and domestic opposition. It also finds itself at the center of a row between London and Beijing that could prove fatal. 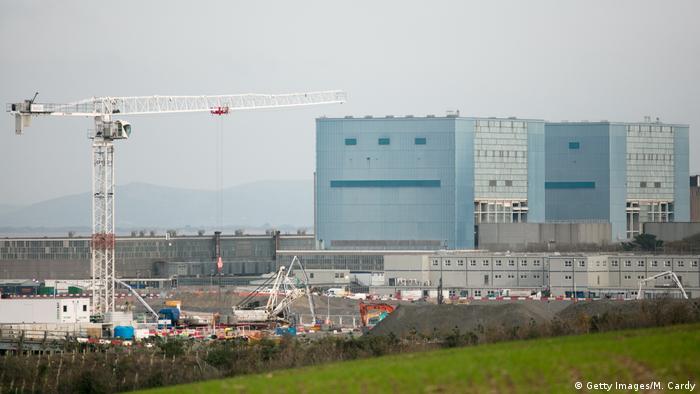 London's relations with China — hailed as entering a "golden era" only four years ago — have deteriorated badly over Hong Kong, hitting a nadir when the UK finally bowed to US pressure to ditch Huawei's involvement in its new-generation internet (5G) rollout.

In late 2019, the US published a list of companies linked to the Chinese military, and after Huawei came the China General Nuclear Power Group (CGN). The state-owned Chinese firm has invested 3.8 billion pounds (€4.1 billion, $4.3 billion) in Britain to date, mainly in the Hinkley Point nuclear plant under construction in Somerset, southwest England, and the Sizewell plant in eastern England. It is also seeking UK regulatory approval to build its own nuclear reactor at Bradwell in Essex, east of London.

China warned the UK it would face "consequences if it chooses to be a hostile partner" after London announced its Huawei's decision. Liu Xiaoming, the Chinese ambassador to the UK, reportedly said China could cut its backing for UK nuclear plants altogether.

CGN's involvement in the UK nuclear industry began in 2016 when a deal was signed with French state-owned utility Electricite de France (EdF) to collaborate on three reactors totaling 8.7 gigawatts (GW) of power generation, starting with Hinkley Point. The agreement spoke of CGN's "progressive entry" into the UK's "resurgent" nuclear ambitions.

The UK currently has 15 operational nuclear reactors at seven locations. At its height in 1997, 26% of the country's power was generated from nuclear, but this has slipped since to 19%. 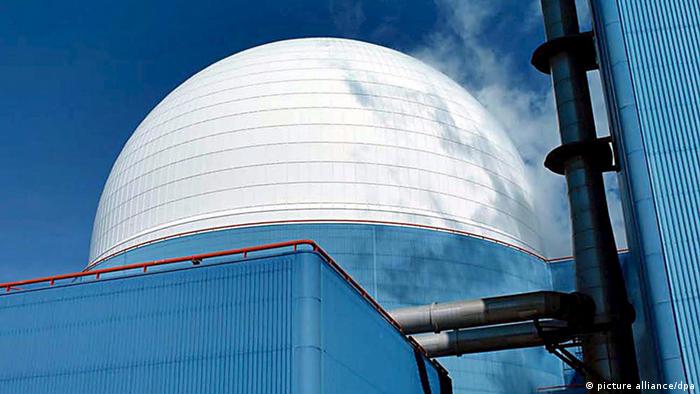 China has already invested billions of pounds in UK nuclear energy projects, including the Sizewell power plant in east England

In the Sizewell and Hinkley projects, CGN is providing cash, holding 66% stakes, but with Bradwell it wants to build the reactor itself, using its own technology, and it wants to operate it. Observers say Bradwell is the prize CGN is really seeking: the first Chinese-built nuclear plant outside China.

In May, EdF outlined its plans to start work on Sizewell by the end of next year. The project would create 25,000 jobs, it said.

But EdF's continued involvement could be thrown into doubt if no other investor came forward to replace CGN. This is especially troubling given the project is also expected to result in cost overrun. Hinkley Point now costs about 3 billion pounds more than the 20 billion pounds originally planned. Sizewell is also slated to cost 20 billion pounds.

"Several projects were planned but only Hinkley Point will likely go ahead," Jonathan Marshall, Energy and Climate Intelligence Unit (ECIU), told DW. "Bradwell would be a Chinese project, but is now unlikely for political reasons."

Bradwell looks surplus to requirements for the reasons the National Infrastructure Assessment (NIC), a government advisory body, outlined in its most recent long-term assessment: "Given the balance of cost and risk, a renewables-based system looks a safer bet at present than constructing multiple new nuclear power plants," it read.

"Sizewell is not dependent on CGN investment," a spokesman from the the Department for Business, Energy and Industrial Strategy (BEIS) said.

But not many agree. "Equity funding for nuclear power stations is very difficult for private actors," Rob Gross, director of the UK Energy Research Centre, told DW. The government's offer in 2018 to Hitachi to take a third of the equity at the Wylfa nuclear project wasn't enough to keep the company interested, for example. 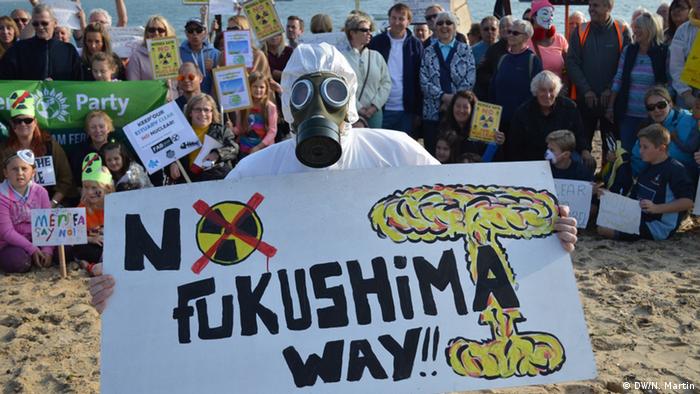 As Paul Dorfman of University College London's energy institute and founder of the Nuclear Consulting Group told environmental news platform electrictyinfo.org, it was hard to see who else might invest in Sizewell if the Chinese pull out. "The market won't touch nuclear with a barge pole. You only see nuclear being built in command-and-control economies, like China and Russia, and a few outliers," he said.

One option would be for the government to take either a majority or minority stake in Sizewell. Another option is a Regulated Asset Base (RAB) model, where consumers are charged a fixed price to cover infrastructure costs. But this would hike energy prices in the long term and make it politically hard to justify. Others suggest developing smaller, modular reactors.

The fate of nuclear power in Britain —to date seen as a low-carbon way of supplementing renewables — will be decided later this year when the government publishes its plans. The 2011 National Policy Statement (NPS) identified eight sites suitable for new nuclear reactors by the end of 2025, but a new NPS later this year could change that.

"With all but one of the nuclear fleet set to retire by 2030, and uncertainty over the scale of the new build program, it is likely that more electricity from renewable sources will be needed," Jonathan Marshall, head of analysis at the Energy and Climate Intelligence Unit, told DW.

"It is impossible to say what the UK government will decide on nuclear power later this year since the decision will be political," Gross said. But there is one thing to bear in mind, he adds, namely that the companies building nuclear power stations are completely separate from the company that controls the national grid and that power generation is privately owned.

"It's hard to imagine a threat to security of supply from Chinese investors," he says.