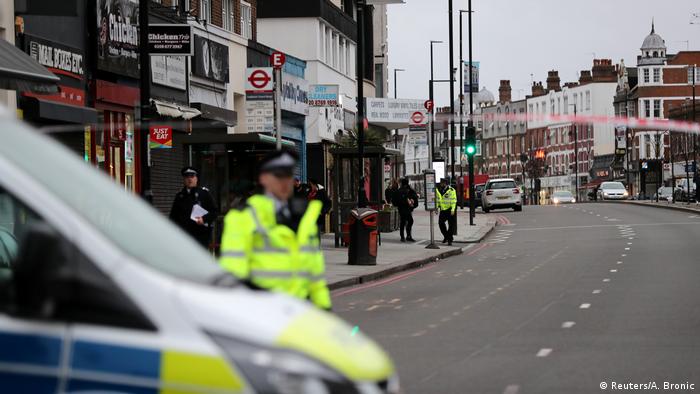 A man with a fake bomb strapped to his body has stabbed two people in a southern district of London, before being shot dead by police.

"One person is at hospital in a life-threatening condition," said London's Metropolitan Police Service on Sunday evening. "A second victim was treated for minor injuries at the scene before being taken to hospital."

A third person received minor injuries which police said were "caused by glass following the discharge of the police firearm."

Authorities have said the incident is "terrorism-related" and said they believe it to be related to Islamist militancy, saying the man had "a hoax device" strapped to his body.

Amman had been released from prison at the end of January, after serving just half of a three-year and four-month prison sentence for the "possession and distribution of extremist material," according to British media. He had been under active police surveillance at the time of the stabbing.

"My thoughts are with the injured and all those affected," Johnson said. 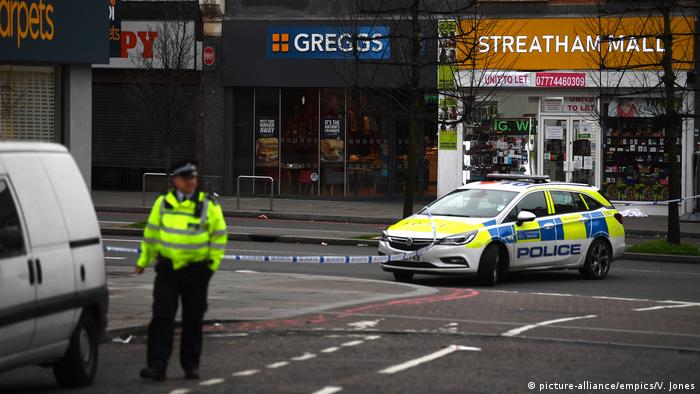 Police have cordoned off the area

Terrorism in the UK

An eyewitness told the UK-based Press Association news agency that the man was carrying "a machete and silver canisters on his chest."

The suspect was "being chased by what I assume was an undercover police officer — as they were in civilian clothing," the eyewitness said. "The man was then shot."

Authorities have yet to release further details of the incident.

The UK has seen a rise in terrorist attacks over the past decade. In November, a convicted terrorist stabbed two people to death in central London before bystanders were able to wrestle him to the ground. He was wearing a fake suicide vest during the incident.

In November, British authorities downgraded the nationwide threat level from "extreme" to "substantial," the lowest it has been since 2014.

UK: Stabbing attack in Manchester an 'act of terrorism'

Police have arrested a man in connection to the stabbing attack at a UK shopping center that has been labeled an "act of terrorism." (11.10.2019)