Two people died in an attack at London Bridge, in addition to the assailant, who was shot dead by police. The attacker had previously been convicted of an "Islamic terrorism-related offense." 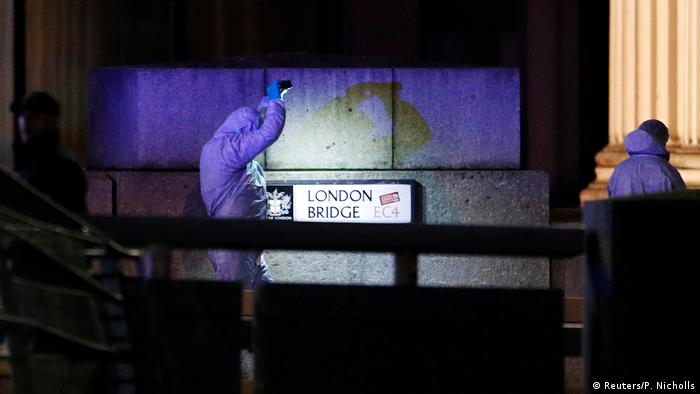 British police said two people had died as a result of a stabbing incident at London Bridge on Friday.

Metropolitan Police Commissioner Cressida Dick confirmed that two people had died from injuries they sustained during the attack.

She told reporters: "It is with the heaviest of hearts that I have to inform you that, as well as the suspect who was shot dead by police, two of those injured in this attack in the London Bridge area have tragically lost their lives."

The commissioner also said three people were injured during the attack and that they were being treated in hospital. Health officials later said that one was in a critical but stable condition and the other two had less serious injuries.

UK police confirmed that the attacker had previously been convicted of an "Islamic terrorism-related offense" and was released from prison "on license," meaning he had to meet certain conditions.

"This individual was known to authorities, having been convicted in 2012 for terrorism offenses. He was released from prison in December 2018 on licence," said Assistant Commissioner Neil Basu. The man was attending a Cambridge University-backed program that works to educate prisoners. 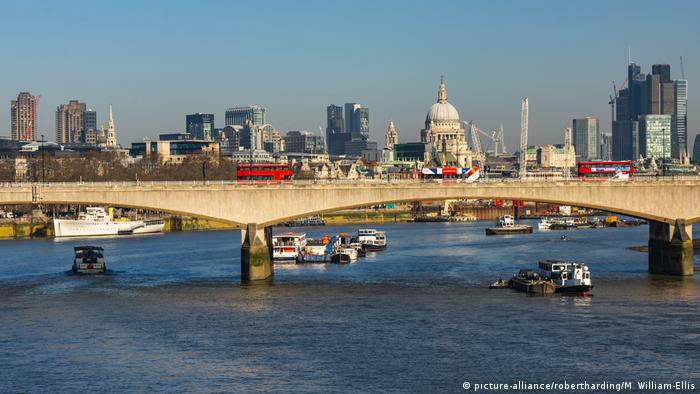 Assistant Commissioner Basu said earlier on Friday that the suspected assailant was wearing a hoax explosive vest and that authorities were treating the occurrence as "a terrorist incident."

"It is a mistake to allow serious and violent criminals to come out of prison early and it is very important that we get out of that habit and that we enforce the appropriate sentences for dangerous criminals, especially for terrorists," Prime Minister Boris Johnson said following a meeting of the government's COBR emergency committee.

He added that more police would be patrolling the streets "for reassurance purposes." 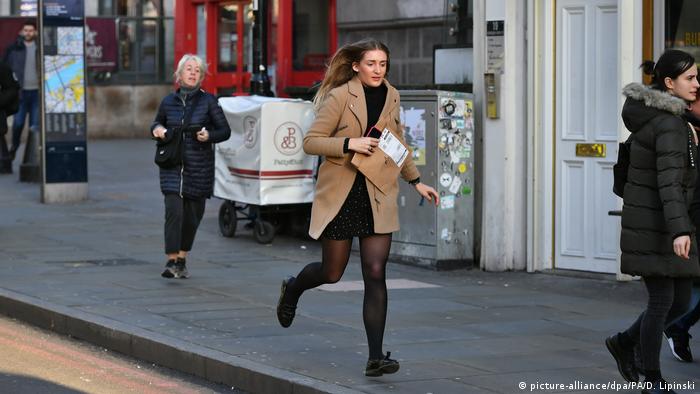 A woman flees the attacks on London Bridge

People 'sprinting for their lives'

The police chief said officers were called just before 2 p.m. local time to Fishmongers' Hall, a conference venue at the northern end of London Bridge.

Dick said: "We are also working at full tilt to understand what has happened and whether anyone else was involved."

Londoner Olivia Bizot was on her way towards the bridge when the incident occurred. She did not see the attack or the attacker, but she told DW that as she approached the bridge, "suddenly, floods of incredibly panicked people were hording towards me and literally sprinting for their lives."

Passersby have been hailed as heroes, with some media reports saying that one man grabbed a narwhal tusk mounted on a nearby wall and used it to subdue the attacker.

Cars and buses on the bridge were brought to a standstill, with a white truck parked diagonally across two lanes, surrounded by police.

London Bridge station reopened on Friday evening after being closed for several hours. 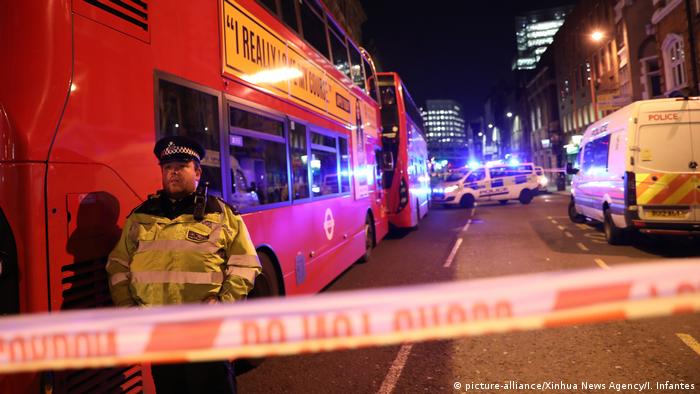 The site of the London Bridge attack remained closed

A number of senior political figures responded to Friday's events, which come 13 days before a general election. Johnson said he was being kept abreast of the situation and expressed his gratitude for the work of the emergency services.

London Mayor Sadiq Khan praised the reactions of the people who confronted the suspect. He told reporters: "What's remarkable about the images we've seen is the breathtaking heroism of members of the public who literally ran towards danger not knowing what confronted them."

Khan continued: "Members of the public didn't realize at the time that was a hoax device, and they really are the best of us."

Many political parties have suspended election campaigning in London over the next few days as a mark of respect, including opposition leader Jeremy Corbyn.

In June 2017, a terrorist attack on London Bridge occurred when a van was deliberately driven into pedestrians before the attackers went on a stabbing spree in nearby pubs and restaurants. The assailants were shot dead and were also found to be wearing fake explosive vests.

Eight people ultimately died and 48 others were injured in the attacks on the bridge and in the nearby busy Borough Market area.

German authorities say they've arrested a Syrian observed in chat networks seeking ingredients to make the explosive TAPT. When and where the suspect, allegedly with Islamist leanings, was planning an attack is unclear. (19.11.2019)

Police have seized a large amount of forensic material after raids in London and Essex, with 12 people arrested so far. Officers are working to establish whether the attackers were operating as part of a network. (05.06.2017)