On July 19, most of the UK will remove pandemic restrictions. The economy is expected to temporarily benefit, as all businesses can operate normally again. But there are risks amid concerns over the delta variant. 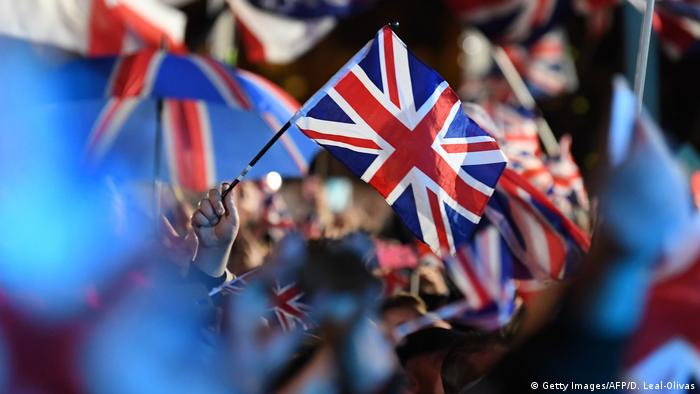 It's the moment millions in the United Kingdom have yearned for over the past 16 months: the removal of all pandemic restrictions. July 19 is "freedom day," as many politicians from the ruling Conservative Party have dubbed it.

Public health experts are still gravely concerned, though. Many say it is too soon to drop all remaining measures, considering the spread of the coronavirus delta variant across the country. The UK government's own scientific advisory group has warned of the uncertain consequences.

But for many business owners, there is relief at being able to operate normally again. All businesses, including nightclubs, bars and theaters, will be able to operate without restrictions.

COVID-19-related capacity limits will be gone, while measures such as mask wearing and social distancing will be left to personal choice and without any mandatory enforcement.

One of the only rules that will remain in place is that anyone who tests positive for the virus, or who is in close contact with someone who does, will have to self-isolate for a certain period, depending on age and vaccination status. A mural in London honors more than 129,000 people who have died in the UK as a result of the pandemic

Large indoor event organizers are being encouraged to introduce certification measures, whereby patrons provide negative test results or proof of vaccination. However, businesses can choose to ignore certification guidelines if they wish.

The optimism of business leaders is tempered by some anxiety over what could happen if the public health situation becomes critical again. Many have called for more detailed guidance from the government.

"This is the news that firms across England have been waiting for and many will be sighing with relief to hear the health secretary finally give the green light to reopening," Claire Walker, co-executive director of the British Chambers of Commerce, said in a press statement. "But they still don't have the full picture they desperately need to properly plan for unlocking."

The Federation of Small Businesses has expressed similar sentiments.

After earlier bullishness, the government itself has started to emphasize caution. When "freedom day" was originally trumpeted in early summer, the UK's rapid rate of vaccination combined positively with low case and death rates to foster a strong sense of optimism.

However, the delta variant's spread has seen daily case rates shoot up past 30,000 in recent weeks. The newly appointed UK Health Secretary Sajid Javid conceded when confirming the July 19 plans that daily case rates could soon hit the 100,000 mark.

The government insists the vaccination program has broken the link between case numbers, hospitalizations and deaths. Yet the uncertainty has helped tone down government rhetoric, including from Prime Minister Boris Johnson.

The phrase "freedom day" has been semiretired, amid a tacit acceptance that restrictions could return if the situation spirals out of control.

Also, many people who have been working from home will continue to do so long after July 19. "While the government is no longer instructing people to work from home if they can, we expect and recommend a gradual return to the workplace over the summer," a government spokesman said.

Nonetheless, economists do see a bright side, with many predicting the reopening will add momentum to an already strong recovery. 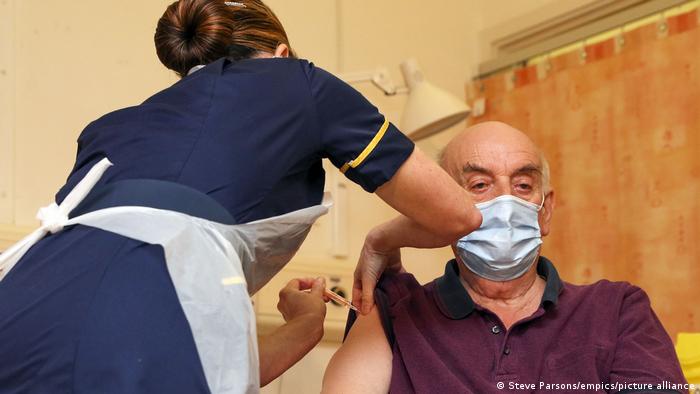 The UK's successful vaccination campaign prompted the removal of restrictions, but case numbers are rising

"We expect the reopening to provide further momentum to the recovery via two channels," Andrew Goodwin, chief UK economist with Oxford Economics, told DW. "First, the reopening of settings, which are still closed, such as nightclubs and large events. And second, due to the removal of social distancing restrictions, which were forcing many hospitality venues to operate below full capacity. Overall, we're expecting GDP growth of 7.3% this year."

However, he also sees a major economic risk if the public health situation escalates again. "We know from last year that high numbers of COVID cases can damage consumer confidence and discourage social consumption," he said. "And second, the higher case numbers rise, the greater the pressure on the NHS [National Health Service] and the more likely it becomes that restrictions need to be reimposed."

While July 19 will be the closest the UK economy has been to normal since March 2020, it is still markedly different from what it was when the pandemic first struck.

The virus has left deep scars. At least 129,000 people in the UK have died. Many city centers remain unusually quiet amid the major shift to remote working. 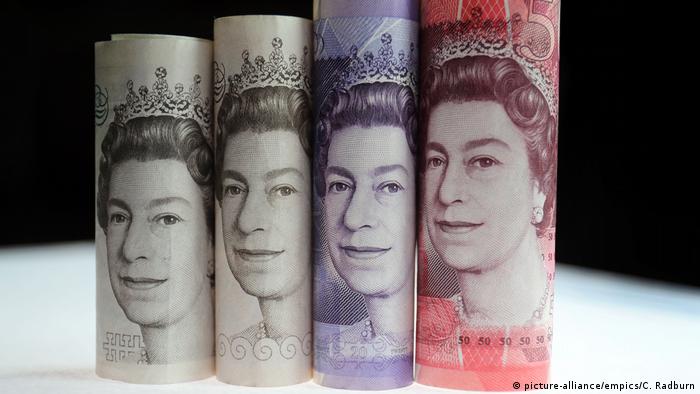 The UK economy is forecast to grow by around 7.3% this year

It is expected that the UK Treasury will have pumped just under half a trillion euros of pandemic-related expenditure into the economy by 2022. Not since the 1970s has the economy been so directed by government.

On top of that, the UK has fully exited the EU single market and customs union since the pandemic began, with the post-Brexit transition period ending on December 31, 2020. The economic consequences of that are only beginning, according to Goodwin, and any post-pandemic bounce is unlikely to have much impact on the overall Brexit effect.

"We see COVID and Brexit as operating over different time periods," he said. "The main impact of the pandemic is likely to be in the short term, but the damage to UK growth prospects from Brexit is likely to play out over a prolonged period, in the form of lower FDI [foreign direct investment], firms building European hubs in the EU rather than the UK, and population growth being weaker due to lower immigration." For now, it's sovereignty from the virus, rather than the EU, that many in Britain hope to celebrate.

Britain's economy has so far avoided a disorderly EU exit but will likely continue to see a drop in investments. London's "cake-and-eat-it" Brexit strategy means the next cliff-edge moment is never too far away.