The UK will grant diplomatic protection to Nazanin Zaghari-Ratcliffe, a British-Iranian aid worker detained in Iran since 2016. The Foreign Office said the move "signals to Tehran that its behavior is totally wrong." 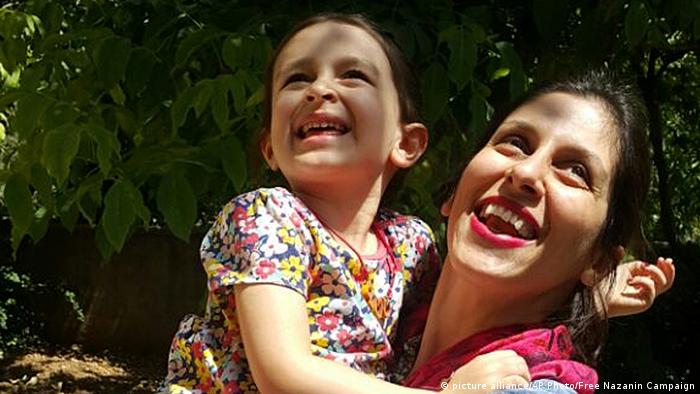 The status means her case will become a formal international legal matter between Iran and Britain.

"I have today decided that the UK will take a step that is extremely unusual and exercise diplomatic protection," Hunt said in a statement.

"This represents formal recognition by the British government that her treatment fails to meet Iran's obligations under international law and elevates it to a formal state to state issue."

Zaghari-Ratcliffe, a project manager with the Thomson Reuters Foundation, the media group's philanthropic arm, was arrested at Tehran airport in April 2016 as she was returning to Britain with her young daughter after a family visit.

She was sentenced to five years in prison in September 2016 for allegedly plotting against Iran's clerical establishment. The UK government, Thomson Reuters Foundation and Zaghari-Ratcliffe have denied the allegations.

Hunt recognized that granting diplomatic protection "is unlikely to be a magic wand that leads to an overnight result."

"But it demonstrates to the whole world that Nazanin is innocent and the UK will not stand by when one of its citizens is treated so unjustly," he said.

Zaghari-Ratcliffe went on hunger strike earlier this year and has suffered from health problems.

"We have been working hard to secure her release but despite repeated efforts have not been successful. We have not even been able to secure her the medical treatment she urgently needs despite assurances to the contrary," Hunt said.

"No government should use innocent individuals as pawns for diplomatic leverage so I call on Iran to release this innocent woman so she can be reunited with her family."

The British government has sought Zaghari-Ratcliffe's release for several years, and her husband has lobbied top officials to make her case a priority.

British-Iranian aid worker Nazanin Zaghari-Ratcliffe was arrested one year ago as she tried to leave Iran after a visit to her family. She is still in prison. Her husband tells DW this is a political case. (01.04.2017)

France and Iran have appointed new ambassadors after both roles were left empty for months. But EU member states are wary of easing diplomatic pressure on Iran, with some taking further measures. (06.03.2019)

Iran has released for just three days a British-Iranian woman jailed on sedition charges over the past two years. British Foreign Secretary Jeremy Hunt said London would push for her to be freed permanently. (23.08.2018)

Belarus: Over 100,000 protest against Lukashenko ahead of strike ultimatum 0m ago