More than 600,000 people have been pinged by the UK's coronavirus warning app and told to self-isolate. Business leaders warn that the lack of available workers is putting the economic recovery at risk. 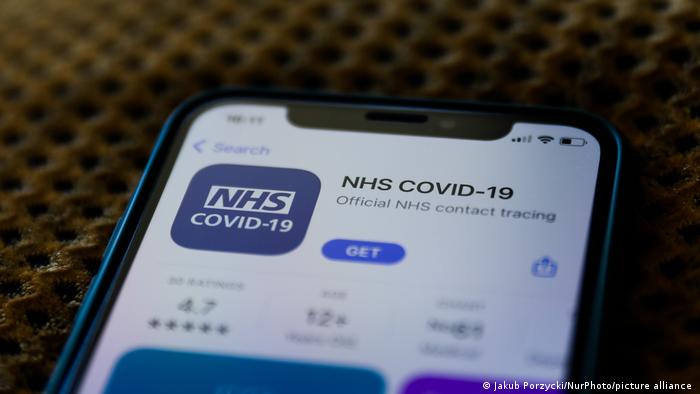 The UK government is racing to address a major labor shortage exacerbated by the latest wave of the COVID-19 pandemic. Although more than 70% of the adult population (36 million people) has been double-vaccinated against the coronavirus, an easing of restrictions is fueling a new surge in cases and, therefore, mass self-isolation.

British media have said the country is in the midst of a "pingdemic," where rising numbers of people are alerted or pinged by the coronavirus warning app.

The app, which notifies users if they have come into contact with someone who has since tested positive for COVID, advises them to self-isolate for 10 days. In one week in mid-July, 618,903 people in England and Wales received the notification and were forced to leave work and quarantine.

The lack of staff is a major headache for several sectors of the British economy. For example, companies in the food supply chain that underpins the country's supermarket network have reported entire production lines and driver fleets are halted. One report suggested that 90,000 truck drivers are currently unavailable for work. 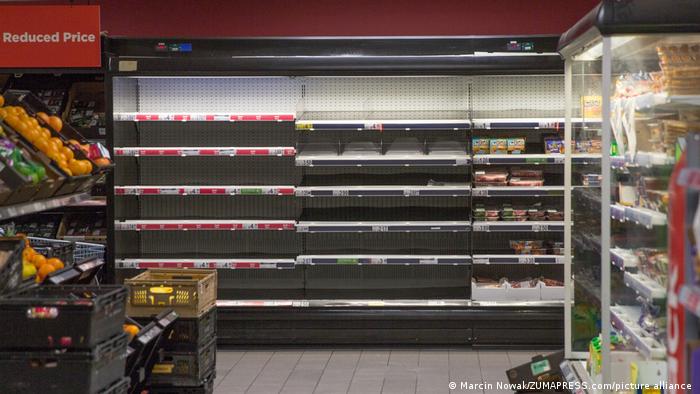 Empty supermarket shelves are being witnessed all over the country, and in many other sectors, stores, pubs, restaurants and offices have had to close or reduce hours. Hospitals, too, are seeing a large number of staff absences, while rail and bus companies have cut services due to a lack of drivers.

The Centre for Economics and Business Research (CEBR) has forecast a £4.6 billion (€5.39 billion, $6.35 billion) hit to the UK economy from the pingdemic over the next month. The worker squeeze is being felt just as the UK's economic recovery from the pandemic is losing steam.

The country's purchasing manager's index (PMI) dropped from 62.2 to 57.7 in July. "Employment growth eased to its slowest since March, with survey respondents often citing a lack of candidates to fill vacancies and an unusually large number of staff departures," Duncan Brock, group director at the Chartered Institute of Procurement & Supply (CIPS), told DW. The PMI is produced by CIPS and research house IHS Markit.

A growing chorus of business leaders has urged the UK government to bring forward the end of self-isolation rules for contacts of positive COVID cases. The measure is due to run out on August 16, by when British newspaper The Guardian projected that as many as 2 million people could have tested COVID positive and up to 10 million workers — a third of the UK working population — may be forced to quarantine.

Limited exemption being rolled out

Rather than move the date forward, the government responded by exempting workers in several sectors from the need to quarantine. UK media reports that some 500 sites in the food sector have already been told that their staff no longer need to self-isolate. Instead, firms must carry out daily COVID testing of workers, which many companies say is too burdensome.

"[The] expansion of testing sites is not the solution for retail, certainly not the convenience sector that can't do daily testing on-site [just too small]," James Lowman, chief executive of the Association of Convenience Stores, which represents some 33,500 smaller food stores, wrote on Twitter.

Some unions, meanwhile, have advised their members to ignore any quarantine waiver, citing concerns that workplaces could become superspreader sites that lead even more staff to self-isolate.

"The decision taken by the government to introduce exemptions for critical workers from self-isolation guidance has been driven by resources, not by what is safe for the workers or their families," said Gary Smith, general secretary of the GMB union, which represents some 600,000 workers in several sectors including retail, social care and education. 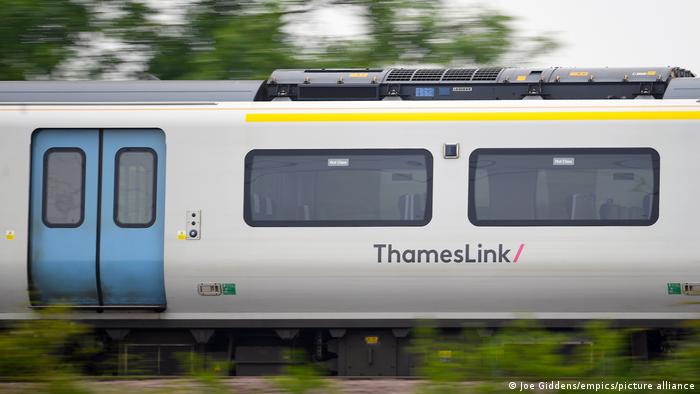 "GMB is urging the Ministers to rethink their decision to gamble with the lives of our key workers, before it's too late."

Many business leaders say the pingdemic is aggravating the worst labor shortage in more than two decades which became evident during the rush to reopen businesses after the winter lockdown. Hundreds of thousands of staff who were laid off or furloughed have since found other work. Delays in hiring replacements are creating huge bottlenecks.

Meanwhile, the lack of overseas workers, due to immigration rules introduced following the UK's departure from the European Union in December, has added fuel to the fire.

"Many seasonal workers have stayed away because of Brexit and the barriers to entry," Duncan told DW. "The pandemic and restrictions on travel have also hampered numbers of workers to the UK."

Another factor is the summer holiday season. Large numbers of staff are currently taking long periods of annual leave, having delayed their vacations for several months due to the lockdown.

The labor squeeze is also feeding into other economic bottlenecks created by the pandemic, including delays at container ports in China and other key export locations. The holdups have sparked a shortage of imported raw materials and goods, fueling a rise in inflation. Policymakers insist the spike is transitory, but some business leaders fear higher prices could be long-lasting.

"Businesses are paying higher wages to retain [or] attract talented, skilled staff," Duncan told DW. "This will lead to higher cost burdens for business and ultimately consumers as inflation rises."

He cited UK PMI data showing that manufacturing, construction and services sectors were seeing delays to orders as a result of the labor shortage just as firms were trying to forward buy stock to head off expected shortages in raw materials.