After a fatal car crash at Tiananmen Square, Uighurs fear more restrictions by authorities in China. Exiled leader Rebiya Kadeer says Beijing is using the incident as an excuse to further oppress the ethnic minority. 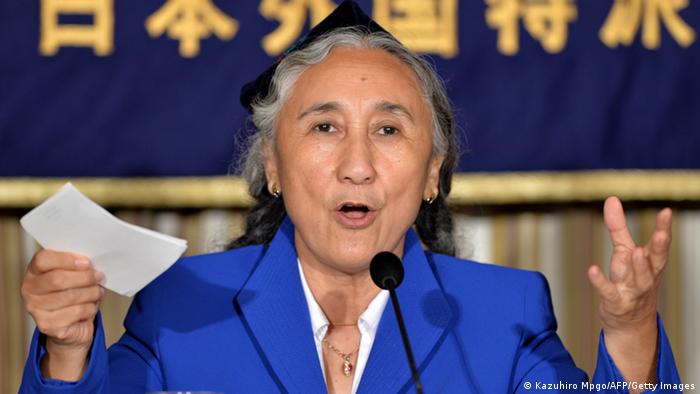 On October 28, a car ploughed through bystanders on the edge of Tiananmen Square and burst into flames, killing the three in the car as well as two bystanders. Initially, it was unclear whether the crash had been an accident or a deliberate strike.

But the Chinese government later made five arrests and referred to the incident as a "terrorist attack" carried out by Islamist militants from Xinjiang, a region in China's northwest where Muslim Uighurs make up around 45 percent of the population. The autonomous region has been the scene of several violent clashes, the most recent of which left dozens dead in April, June and August of this year.

DW: How likely is it that Uighurs were behind the incident at Tiananmen Square?

Rebiya Kadeer: I am highly suspicious of Beijing's claim that last Monday's incident was an Uighur-inspired terrorist incident, because this alleged attack did not show many of the signs of a premeditated, planned terrorist attack, as China claims. 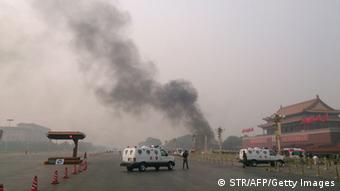 Kadeer says the car crash did not show many of the signs of a premeditated, planned terrorist attack

As long as the Chinese government is unwilling to cooperate with the international community, the international media and its own public to release evidence pertaining to the details of the incident, I am afraid that the world will never know what happened on October 28th at Tiananmen Square.

What's worse is that the damage to my people, the millions of innocent Uighur people of East Turkestan [an area in China's north-western Xinjiang province, but a term associated with Uighur separatists and not recognized by the Chinese government], has already been done. Because of the unsubstantiated claims of a Uighur terrorist attack on the capital, the Chinese authorities have begun to step up the long-standing, repressive crackdown on the Uighur people.

Assuming that Uighurs were involved in the incident, what could have driven them to commit such an act?

Assuming intention was involved in this incident, Beijing's cruel and repressive policies towards the Uighurs are to blame. Specifically, recent crackdowns on religious beliefs, culture and identity have proven to be more intense than ever, demonstrating that the Chinese government actively seeks to totally marginalize and demonize the Uighur people - actions which have effectively pushed the Uighurs into a state of utter despair.

Rebiya Kadeer, the exiled leader of the World Uighur Congress, is in Japan to draw attention to the struggle of her people in China. In a DW interview she says her people will continue fighting for independence. (21.06.2013)

China's Communist Party says it has sacked the military chief of Xinjiang from the region's governing council. The dismissal follows an attack in Beijing officially blamed on Islamist militants from Xinjiang. (03.11.2013)

More than two dozen people have died in clashes with police in China’s western Xinjiang region. The riots are the deadliest since the 2009 clashes between Muslims and the Han Chinese population there. (26.06.2013)

Furthermore, Beijing continues to restrict freedom of speech and maintain practices of forced assimilation, which is not relieving the already tense situation in East Turkestan. Instead, these highly repressive policies and egregious human rights violations are only making the situation worse, effectively causing Uighurs to feel even more estranged. Now, more than ever before, Uighurs are frustrated, desperate and hopeless in the face of continued repression at the hands of the Chinese government.

The World Uighur Congress (WUC) rejected the way in which the Chinese government has dealt with the Tiananmen explosion in public. What exactly does the WUC accuse Beijing of?

The WUC accuses the Chinese government of being extremely irresponsible in the way it has treated the Tiananmen explosion, and hopes that it will immediately expose the truth, backed up by evidence gathered by an internationally-verified, independent investigation. Furthermore, the WUC accuses Beijing of exaggerating a Uighur terrorist threat, and urges the international community to read the Chinese Media with caution.

What kind of measures has Beijing taken in the aftermath of the incident?

The Chinese government has intensified surveillance, harassment, censorship, detention, and interrogation of Uighurs. Chinese authorities have already begun to round up Uighurs living in Beijing and other Chinese cities. They have intensified the repression in East Turkestan and begun to detain jobless Uighur youth in many cities. They have erected more checkpoints in East Turkestan, arbitrarily stopping cars and harassing Uighurs.

Beijing claims that the so-called East Turkestan Islamic Movement (ETIM) is active in Xinjiang, and that it represents a "clear threat to China." What is your comment on that claim?

I am confident that there is no organized terrorist threat within East Turkestan. I feel that Beijing has exaggerated an ETIM terrorist threat. One thing is clear: the Chinese government has used three evils - terrorism, separatism and religious extremism - as an excuse to further oppress the Uighur people and to invoke the approval from the West under the auspices of fighting global terror. 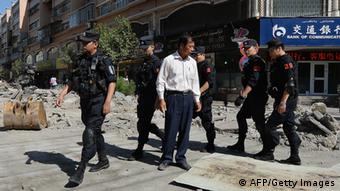 Kadeer: 'Chinese authorities have begun to step up the long-standing repressive crackdown on the Uighur people'

Is there a way for Uighurs and Han Chinese to live in harmony?

I feel that the only way for peace to be achieved is through policies that respect the rights, freedoms and dignity of the Uighur people. Beijing needs to adopt policies that ensure self-determination, free and fair treatment, economic equality and political rights of my people.

It is quite simple: all Beijing has to do is protect every citizen's rights as promised in the Universal Declaration of Human Rights and China's own constitution, and peace will be realized.

Rebiya Kadeer is the president of the Munich-based World Uighur Congress.