Uganda grapples with tourism vs. electricity

Plans to build another hydropower dam on the shores of Lake Albert in Murchison Falls National Park have angered many Ugandans who rely on the country's burgeoning tourism industry. 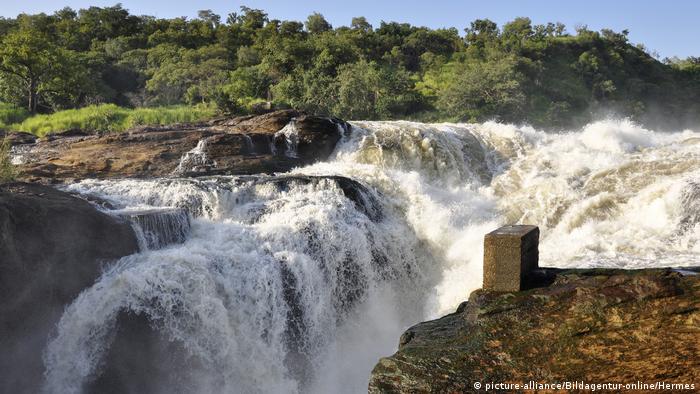 Now Ugandans have become embroiled in a controversial debate over whether the government should allow a foreign investor to construct a 360 megawatt (MW) hydropower dam close to the falls along the Nile.

Environmentalists and politicians alike have argued that the project will ultimately destroy Murchison Falls, seriously harming the country's tourism industry.

Amos Wekesa, a conservationist and founder of Great Lakes Safaris, says the project is a serious error in judgement from Ugandan authorities.

"There is no way Zambians or Zimbabweans for example would wake up and consider destroying Victoria Falls,"he told DW. "There's just no way any Ugandan should think about destroying Murchison Falls in such a manner."

A team of conservation experts, including Wekesa, as well as stakeholders in the tourism industry, plan to ask the United Nations (UN) for help in stopping the power plant project from going ahead. 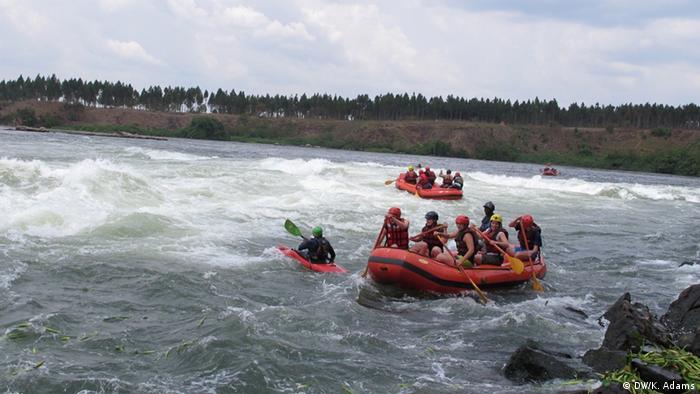 Whitewater rafting along the Nile is a popular tourism activity in Uganda, which is threatened by the construction of hydropower dams

Located along the banks of the Nile between lakes Albert and Kyoka, Murchison Falls is also part of a 3,900 kilometer national park, where tourists can observe wildlife such as elephants, giraffes, lions and hippos in their natural habitat.

Many Ugandans expressed their frustration on social media over the government's plans to construct the dam.

An industry under threat

Those in favor of the project say Uganda will benefit more from a reliable source of electricity instead of tourism.

As of 2016, according to the Uganda Bureau of Statistics, approximately 20% of Ugandans have access to electricity. However, the country also exports power to its neighbors, including Kenya and Rwanda.

Meanwhile, Uganda's growing tourism sector is a major driver for employment and accounts for approximately 10% of the country's GDP.

Tourism in Uganda is still largely part of the private sector, with the government investing only a small portion of its budget. The Association of Uganda Tour Operators (AUTO) has opposed the plant's construction as it poses a serious threat to their business. However, AUTO's president, Everist Kayondom, says the government invests very little in the industry while expecting much in return.

"[Murchison Falls] is the treasure which we must keep and religiously protect to make sure that tourism grows," he told DW. "If you are investing 0.1% and you are getting 25% in exchange earnings, that means [tourism] is a substantive sector which you must now brush aside." 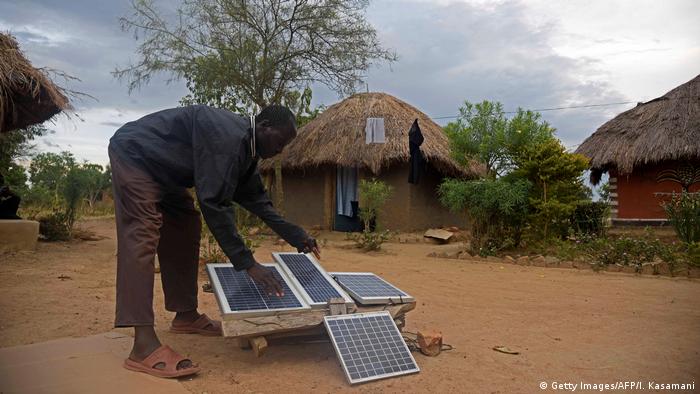 Uganda's Minister of Tourism, Wildlife and Antiquities, Ephraim Kamuntu, says all arguments for and against the dam's construction will be considered before a final decision is made.

"There will be a cost-benefit analysis, so what [Murchison Falls] as of now generates, in terms of foreign exchange, vis-a-vis the cost that will be invested in [the power plant]," he told DW. "You would also have to carry out an environmental impact certification."

Uganda's government has been seeking private investors such as South African-based Bonang Power and Energy — the company responsible for the would-be power plant — in an attempt to avoid directly funding major projects. However, this method also requires the government to borrow significant amounts of money, increasing Uganda's already-high public debt.

Uganda has already built a number of small dams along the Nile, including Nalubaale, Isimba, Bujagali and Karuma. Given that pleas from both members of parliament and civil society organizations to protect Uganda's environment have been ignored before, environmentalist Frank Muramuzi is not optimistic about the future of Murchison Falls.

"[The] disaster is not far from now," he told DW. "You will first see the flooding, then the dry spell and then the water in Lake Victoria and the River Nile reducing. Then we won't have enough volume to power the hydro electric [dams] in Bujagali, Isimba and Karuma."